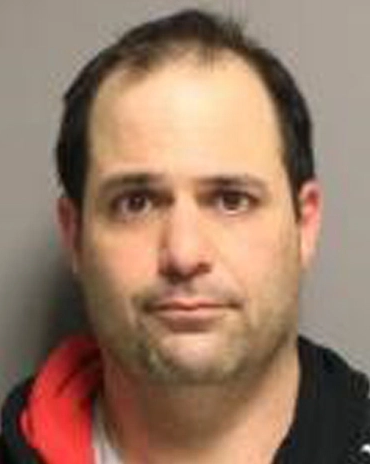 The incident was first reported by a TV station in New York state, but weeks later City Hall confirmed that, even though the man arrested is the same Carmine Luizza who has been on the New Brunswick Fire Department (NBFD) since 2002, he's still working there.

"The man in the article and the employee of the same name are the same person," confirmed City Hall spokesperson Jennifer Bradshaw. "He is not currently suspended."

According to News10.com, police responded to a report of a vehicle "driving erratically" on I-87 in Clifton Park, New York, at about 6:50pm on Sunday, March 6:

Last year, Liuzza forfeited a shift's pay as punishment for an undisclosed infraction, according to city officials.

In New Jersey, drunken driving falls under motor vehicle offenses, and is not a criminal offense.  However, Liuzza's New York state DWI charge is considered a felony under "Leandra's Law," also known as the Child Passenger Protection Act.

Liuzza isn't the only member of the NBFD with a blemished driving record, and one source told NBToday that he is not the first New Brunswick firefighter to be charged with drunk driving and keep his job there.

In 2014, the NBFD's Director Robert Rawls crashed into three children who were crossing the street in a crosswalk.

Rawls was sentenced to pay $206 for careless driving, but the city is now facing litigation from the children's families.  After it was revealed it was the nineteenth crash of Rawls' driving career, his on-the-job driving priveleges were revoked.