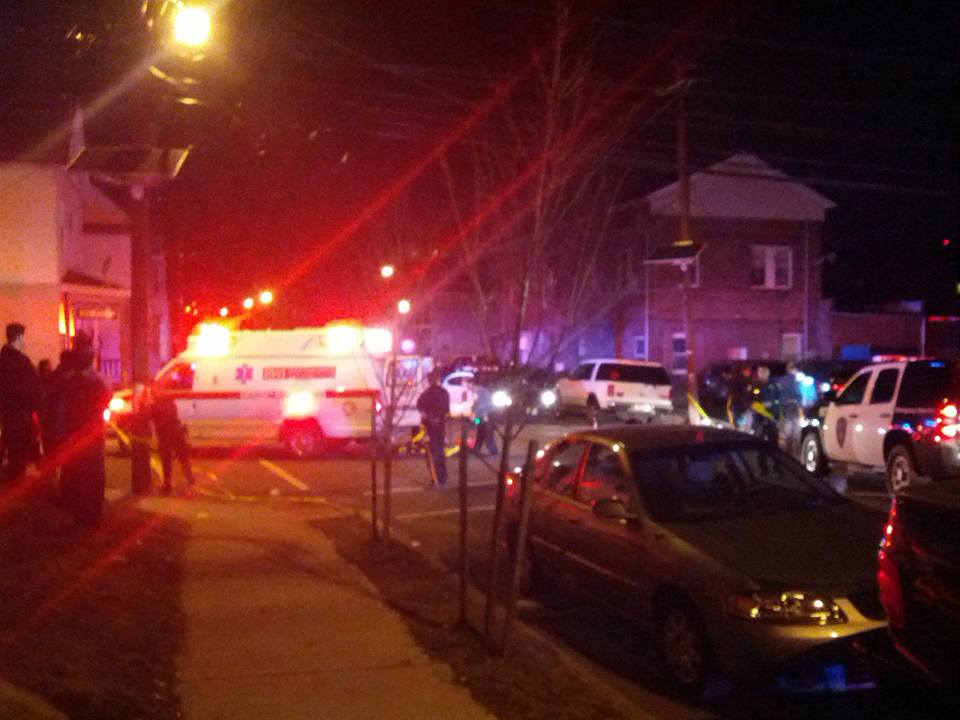 NEW BRUNSWICK, NJ—First responders were dispatched to the corner of Townsend and Drift Streets at about 6:45pm on March 7 following reports of a shooting, according to emergency radio transmissions.

Crowds formed around the Fourth Ward intersection where two people were apparently shot, according to witnesses who heard multiple shots fired, and then saw the two victims being loaded into the back of ambulances.

City police were seen using styrofoam cups to mark certain locations, presumably those struck by bullets, or where shell casings were found.  The cups were eventually replaced with yellow numbered markers.

New Brunswick Police Department (NBPD) has not released any information on the shooting.  If they issue a press release, it will be only their third full-fledged press release all year.

The agency has not publicized any shootings in 2016, but recently confirmed that one occurred about six blocks away on Hale Street at approximately 2:18am on February 27.

In that incident, which took place outside the "Progressive Lodge," also known as the "Masonic Temple," police said they could not locate a victim.

"Upon the officer’s arrival they found a large crowd in the area from which the officer’s received minimal cooperation," said NBPD Captain JT Miller.  "No victim was located or reported as the result of possible gunshots."

A witness, however, told New Brunswick Today that there was a male victim seen being carried by the other men.