NEW BRUNSWICK, NJ—The New Brunswick Housing Authority (NBHA) has been charging their public housing tenants with $50 parking fines in a roundabout manner, writing the “tickets” up as “work orders.”

Though the only “work” being done by the agency is writing the ticket, the process enables the authority to tack expensive fines onto the subsidized rent of the tenants who reside there.

The parking fines started in 2013, according to one long time resident.   They are all issued by the same NBHA employee: Steven Davis. 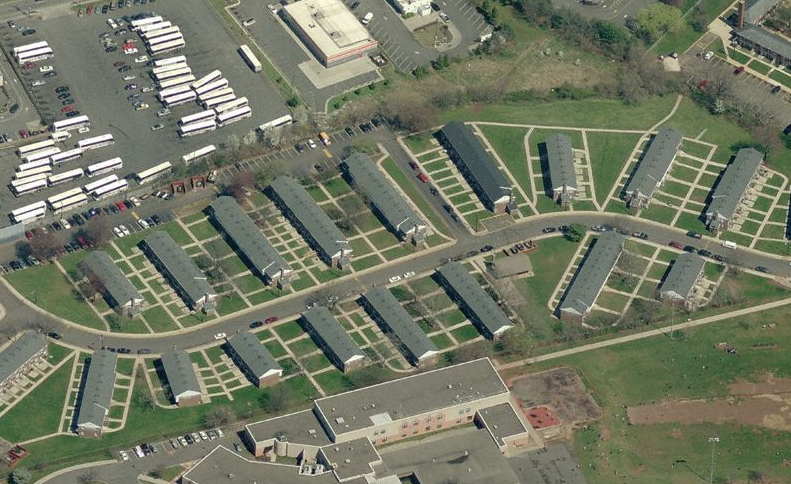 “Last year they did make a few parking spots available but its still not enough for all of the residents to find parking,” said one of New Brunswick Today’s sources in the neighborhood. “Tickets are usually $50.00 , I feel like its an amount [too] high for being a resident and not being able to find parking in an area where you live.”

From there, if tenants don’t pay the tickets, they can be evicted and lose their housing, all without a chance to defend their alleged parking infraction in a court of law.

In the tenants’ leases, it says the NBHA “reserves the right to issue fines (in the form of parking violations).”

But under state law, the New Brunswick Parking Authority (NBPA) and law enforcement officers are the only officials allowed to enforce parking laws on city streets, such as Wright Place, which runs through the heart of the neighborhood.

“The only other group that I know of is Rutgers Security / Enforcement,” said NBPA Executive Director Mitch Karon, asked if anyone else has the authority to issue parking tickets in New Brunswick. “They issue summonses on RU property such as lots and garages.” 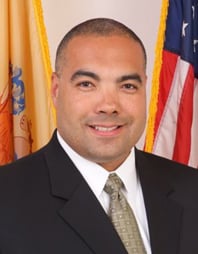 But NBHA Executive Director John Clarke says the agency’s parking fines are legit and can be challenged in a “hearing process where you can appeal any fine of any nature.”

The agency even hired William Elias in 2014 as a “Management Consultant” who handles the hearing process among other responsibilities.

While some sources in the community say the tickets have stopped recently, others said they fear the ticketing might return when the weather improves.

But many tenants in the aging complex say the parking fines are just the tip of the iceberg.

“We (the residents of Housing in Wright Pl), have had problems with the administration of Housing Authority… because we are being fined, and they are exaggerated fines for the smallest things,” read one plea from neighborhood residents who contacted New Brunswick Today.

The group claims to have called, sent letters and emails “talking about the problem and received no response from that office.”

“We didn’t look for outside help because most of us thought that things would change but they haven’t.”

At the Schwartz Homes, this reporter found many disgruntled residents who said their units were falling apart and that they were being charged for minor problems such as wear and tear.

Tenants showed New Brunswick Today paperwork documenting $14 charges against their accounts for replacement flourescent lightbulbs, and tenants described being charged as much as $60 or $80 just to have the batteries replaced in their smoke detectors.

Residents said one tenant was forced to pay $500 to the authority a vandal broke one of their apartment windows from the outside. Tenants said the fines they faced were proof of favoritism, arguing that friends and family of the property manager, Andrea Eato-White, were not punished as harshly as the rest of the neighborhood.

Eato-White was appointed to the NBPA Board of Commissioners in May 2015 by Mayor James Cahill.

For his part, Mayor Cahill said that under Clarke’s administration the NBHA had “spent a considerable amount of money over the past five-ten years rehabbing all the units,” at the Schwartz Homes and nearby Robeson Village.

“Like all housing complexes, there are instances where something could be better, but on a par, I think that the vast majority of units at Schwartz-Robeson are in good shape,” said Cahill, who lived in the Schwartz Homes until the age of 2.

Now, more than half a century later, the same apartment buildings are still standing on Wright Place, but the parking issue and the declining quality of the housing continue to cause tension between the tenants and their public agency landlords.

The parking tickets were also the result of selective enforcement, residents argued.  Some people get warnings, others get fines, they said.

Clarke confirmed as much, saying that authority policy calls for a warning for parking violations, and that the warning can come in several forms including an “orange sticker” left on the vehicle, “a telephone call,” or even a personal visit to their rental unit.

Clarke said it’s common for his staff to know the residents, and recognize their vehicles, and stressed that only repeat offenders are ticketed.