NEW BRUNSWICK, NJ—An abandoned and contaminated parking garage is one step closer to being cleaned up after the parking authority’s board voted unanimously to approve a three-way agreement with the county government and a non-profit developer that often works with the NBPA.

The agreement puts New Brunswick Development Corporation (DEVCO) in charge of supervising the county government’s efforts to conduct required environmental remediation at the site of the Ferren Mall and Parking Deck.

As we reported, county taxpayers have spent more than $291,000 to hire CME Associates for the cleanup, even though the site is owned by the New Brunswick Parking Authority (NBPA).

“There’s remediation that needs to be done at the site,” NBPA Executive Director Mitch Karon told his board at their January 28 meeting.

“Basically this agreement is that the parking authority has agreed that DEVCO will act as our agent at DEVCO’s sole cost and expense to provide oversight of the county’s remediation of the property,” explained Karon.

NBPA Board Chairman Kevin McTernan said the agreement “takes the authority out of the liability chain.” 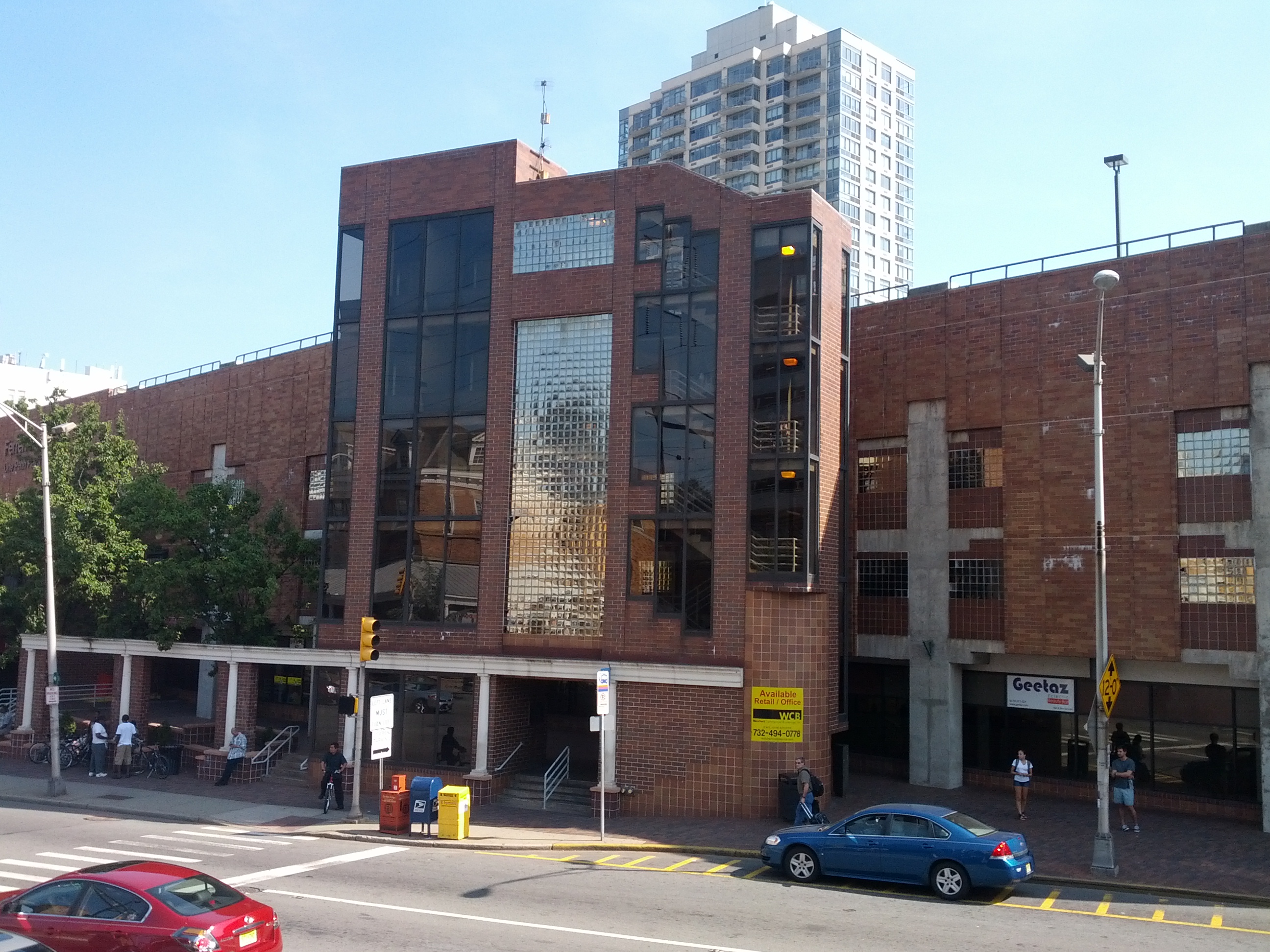 The parking facility takes up two city blocks in the heart of downtown, and closed for good in 2013 after first opening in the 1970’s, and expanding in the 1980’s.  It was also home to the NBPA’s headquarters, a number of restaurants and other retail establishments, and the official Rutgers University bookstore.

A NBPA surface lot adjacent to the deck on Paterson Street finally closed in December, and CME workers were seen conducting “groundwater sampling,” an early step in the remediation process, on February 24.

The authority had previously entered an 18-month exclusive contract with DEVCO to market the potential for redeveloping the site, but the need for a cleanup but demolition of the garage on hold. 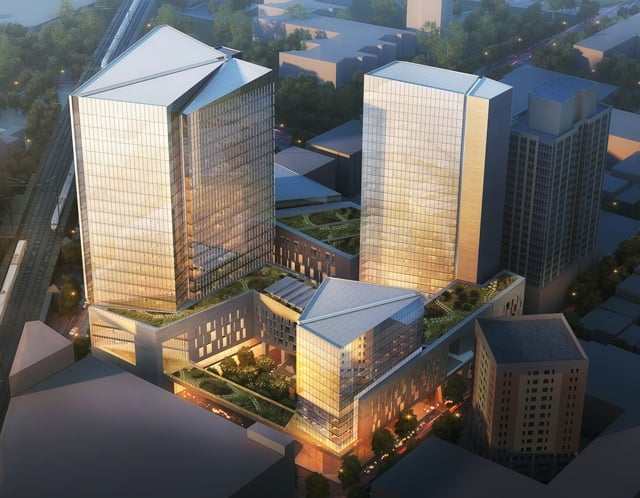 DEVCO teamed up with Jones Lange Lasalle (JLL), one of the nation’s largest real estate firms, to market the site, which they dubbed “The Hub at New Brunswick Station”

The most recent design called for the demolition of seven buildings on Paterson Street, and the development of a superblock with four skyscrapers, two containing housing and the other two full of commercial offices.

However, the project cannot move forward without remediation, thanks to fuel that leeched from an underground storage tank (UST) in the early 1980’s, at or near the present site of the Middlesex County Administration Building.

The fuel contamination was re-discovered around the turn of the millenium when DEVCO demolished the county jail and replaced it with the new five-story county building.

But the contamination had already spread across the street to the surface lot, and it’s not clear how much further it has gotten in the past 15 years.

“The source of the spill were storage tanks owned by Middlesex County,” said DEVCO President Chris Paladino. “The county is taking full responsibility not only for the cost of cleanup but the administration and management of the cleanup process.”

County administrator John Pulomena did not respond to a number of questions about the remediation including why nothing was done sooner to protect the contamination from spreading.

The firm that the county has hired, CME Associates, is run by David Samuel, one of the most notorious political donors in Middlesex County.

As we reported, CME’s owners were by far the biggest contributors to a shady web of politcal action committees that were apparently a front for the Middlesex County political machine.

Samuel was also one of more than 170 citizens to write to Judge Stanley Chesler seeking leniency in the sentencing of former New Brunswick Mayor and State Senate President John Lynch, Jr.

Others who wrote the controversial letters included the Chariman of DEVCO’s Board of Directors, George Zoffinger, and the NBPA’s Attorney Leonard Bier.

Lynch became a convicted felon after pleading guilty to mail fraud and tax evasion in 2006.  He completed his sentence in 2009.