NEW BRUNSWICK, NJ—More than 11 years after Hassan Bass was killed on a city street, the man accused and convicted of killing him is still fighting it in court.

Prosecutors argued that Brian Fowlkes, 31 years old at the time, had shot Bass, 24, in the back of the head outside the Picken Chicken restaurant on George Street on May 22, 2004.

Fowlkes has been jailed since August 2005, but the way ex-Judge Bradley Ferencz and prosecutors handled the original case led to Fowlkes’ first conviction being overturned on appeal in 2010.  Ferencz retired from the bench in 2015.

This time, the appeals court held that Ferencz permitted testimony he should not have, and ” did not improperly instruct the jury on the laws that applied in the case.”

However, they also ruled that neither error would have changed the outcome of the trial, “in view of an ‘overwhelming’ amount of evidence against Fowlkes.” 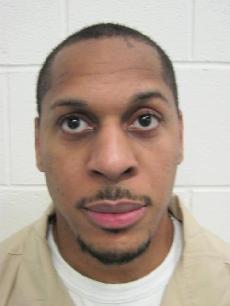 Still, the appeals court held that Ferencz’s sentence for Fowlkes, life without parole, was too harsh.

According to the MCPO statement, the judges determined “Fowlkes should not have been sentenced to life with no chance for parole, and that his term should be reduced by approximately two years he was in custody awaiting his retrial.”

Fowlkes must be imprisoned for 30 years to life, according to the prosecutor’s statement.  He filed a “pro se” supplemental brief of his own in the case, in addition to the work of Assistant Deputy Public Defenders Marcia Blum.

One part of the 22-page ruling found the testimony of someone prosecutors considered to be a “key witness” and a “jailhouse informant” was admissible.

Authorities said the murder stemmed from a dispute between Fowlkes and Bass during their time together in Garden State Youth and Correctional Facility in Yardville.

“After serving their terms for unrelated aggravated assault convictions, the dispute continued and culminated when Fowlkes shot and killed Bass outside a fast food restaurant at George and Hassart streets in New Brunswick,” read the February 2 release.

According to an article from the time of the first conviction, written by the Star-Ledger’s Sue Epstein:

The appellate judges ruled Superior Court Judge Bradley Ferencz was wrong to allow the state to call as witnesses several assistant prosecutors from counties where the inmate, identified only as D.C., faced charges — and in one case was a prosecution witness — to try to bolster his credibility before the jury.

The judges were also critical of comments made by the prosecutor during his summation to the jury that indicated one of the assistant prosecutors appeared on behalf of the inmate witness when he came up for parole.

“Viewed in its totality, the testimony (of the assistant prosecutors) and summation comments of the prosecutor amounted to an expression of a personal belief or opinion as to the truthfulness of (the inmate’s testimony in the trial) and that is prohibited,” the judges said in their opinion.

In addition, they said, the testimony and prosecutors’ comments “did substantially prejudice the defendant’s right to a fair trial.”

But the case was tried for a second time two years later, again in Ferencz’s courtroom, and Fowlkes was convicted again.  But once again, he appealed.

This time the appeal had a different outcome: The three-judge panel “sent the case back to the trial court for resentencing after ruling that the initial sentence of life in prison without parole was inappropriate,” according to the MCPO.

The judges upheld the conviction, and “agreed” with Middlesex County Assistant Prosecutor Nancy Hulett, according to the release.

Fowlkes is now 37 years old. He has been convicted of murder and “two weapons offenses,” according to the MCPO.

No sentencing date has been set.