Glenn Jenkins, the Executive Director of the Embrace Kids Foundation, expressed his appreciation for the McCourtys’ dedication to helping those fighting the sickle cell disease.

“Embrace Kids Foundation has been in operation for 25 years,” said Jenkins.  “This is the 4th year of the Tackle Sickle Cell Blood Drive, with the McCourty twins… It’s good to be working on the sickle cell cause with NFL players who are upstanding. 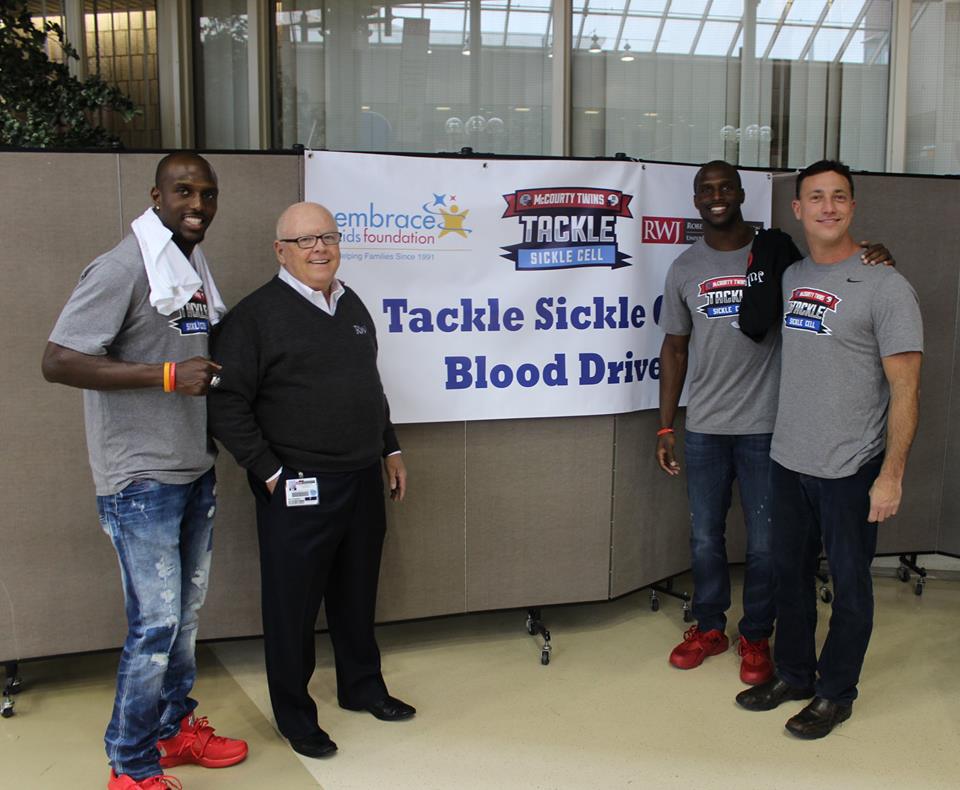 “When God has blessed you, he expects and wants you to give back and show other people that they can do the same,” he continued.  “When we were able to make our mark and make it to the NFL, it was our opportunity to use our platform to be able to give back.”

“We were able to overcome some adversity, our father passed away when we were three years old, and our mom was a single parent,” said Jason.

“I think it’s hard. I play football and we got some guys on our team that won’t get a needle for anything,” said Devin.  “I would just tell them about the benefits. Hearing the stories of all these young men and women that are going through this disease and how much it helps them.”

“I’ve been to hospitals and I’ve sat with a kid who was getting a blood transfusion,” he continued.  “They know it helps at a young age. If people understood that, it would help them get over the fear or even if they were scared the whole time, they would feel that they’re making a difference.”

“We’re always at Rutgers. Rutgers is a huge part of our lives. We were seventeen when we committed here to play football,” he recalled.

“Rutgers helped us lay our foundation. Through those four or five years, you grow up and mature into becoming a man, an adult. So it’ll always be a special place for us, because it’s where we did a lot of our growing.” 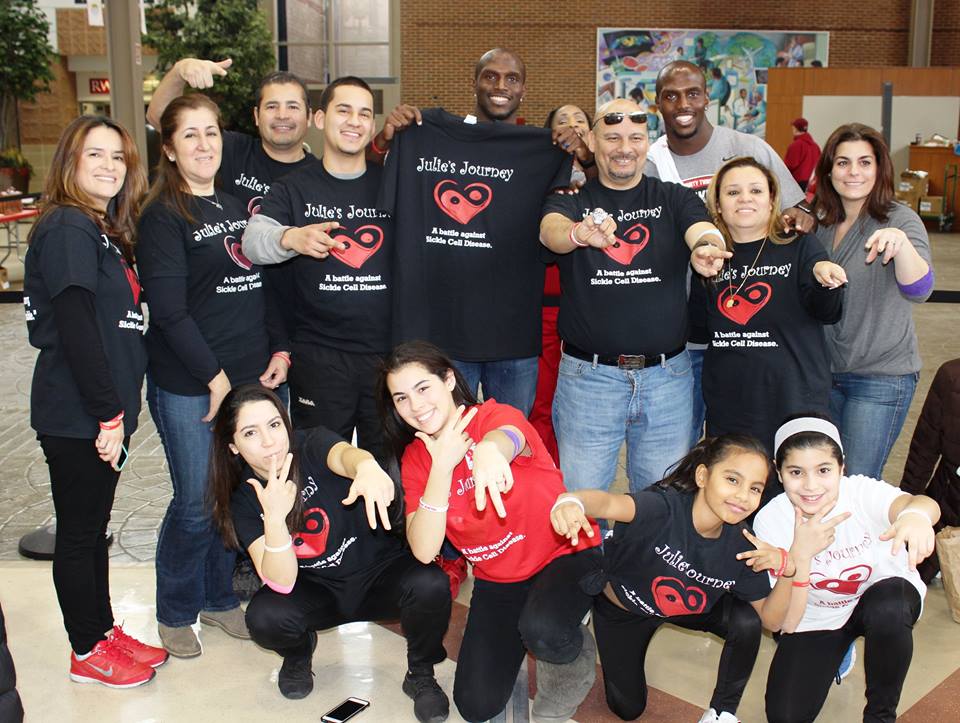 Julie, who had the rare O-negative blood type, had a heart attack due to complications from sickle cell.
The twins posed for pictures with the family, who wore “Julie’s Journey” t-shirts in remembrance.