Rutgers Cops to Wear Cameras, But Videos May Be Kept Secret

PISCATAWAY, NJ—New Jersey's top law enforcement official wants to keep police videos confidential, at the same time his office is funding the purchase of thousands of cameras to be worn by police across the state.

The RUPD was one of the big winners day, as 176 different police departments were awarded part of about the state's $4 million investment in "body-worn" cameras for cops.

Under Hoffman's leadership, the Attorney General's Office repeatedly fought against releasing videos of fatal police shootings, and against identifying the officers involved in them.

"As long as I'm standing here, I will not imperil the integrity of a judicial proceeding by releasing video footage during the pendancy of that proceeding," Hoffman said.

In several key cases, including North Jersey Media Group, Inc. v. Township of Lyndhurst, the ruling police across the state have been using to keep documents, videos, audio recordings and other records from the public, Hoffman's office argued that the records are exempt from the state's Open Public Records Act (OPRA). "We're going to look and consider whether [allowing videos to be released under the Open Public Records Act] would be appropriate or not," Hoffman said.  "As a general rule… we don't open criminal investigatory files up after the proceeding, but we're going to take a look at that issue and see if there's appropriate exception that should be made for footage."

"I don't want to tell you where we're going to land on that," Hoffman said, before promising to include others in the decision-making process.

Until recently, the footage from the police cameras would have been treated the same as video shot by dashboard cameras in police vehicles, the footage likely would have been accessible to members of the public, including journalists, under the state's Open Public Records Act (OPRA).

But, in the June 11, 2015 "Lyndhurst" ruling, Hoffman's office succeeded in getting an Appellate court to throw out the long-standing precedent that police have to release their dashboard camera videos under OPRA.

Francis reluctantly overturned his own ruling, one that granted someone access to a decades worth of videos from police chases involving New Brunswick's notoriously corrupt PD, after the higher court issued its decision.

Meanwhile, in New Brunswick, none of the 140+ officers on duty wear cameras, and the NBPD did not apply for any of the bodyworn camera grant funding from the AG's office, even though police brass and the police union supposedly support implementing cameras departmentwide. 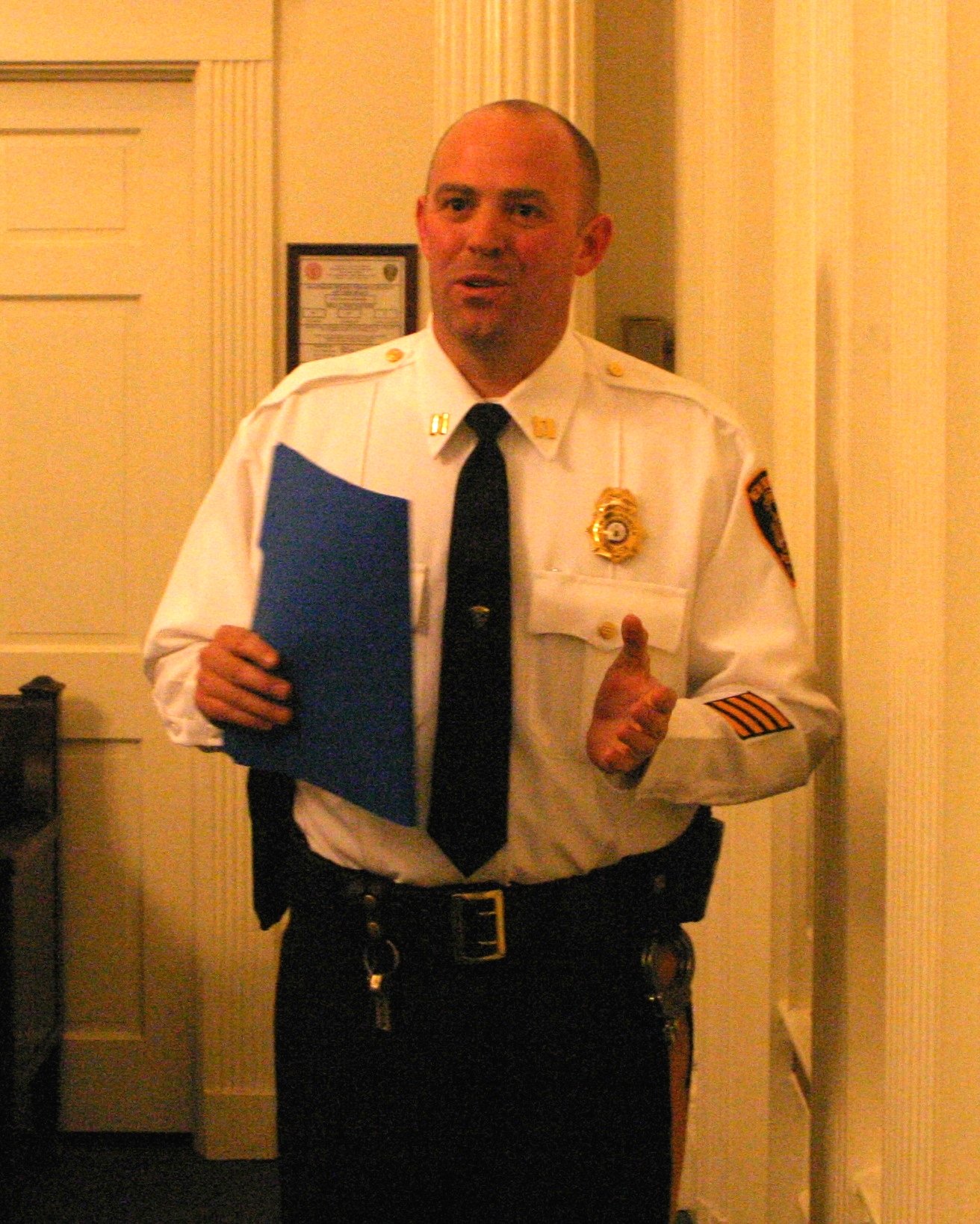 "We want to do this right instead of fast," said Captain JT Miller, adding that the cameras NBPD is looking into buying cost between $800 and $1000 each.

According to the original press release, the Attorney General's Office was authorizing an offset of up to $500 for each body camera or camera “package,” including body camera related equipment.

"The grant doesn't cover any of the backend stuff: the IT, the software which we needed for redaction of juveniles, domestic violence victims, and there's a whole slew of other stuff ."

"We're excited to watch the few towns that did get it in the county to see how they respond to the issues," said Miller.

“I have spoken with the Police Director and he has indicated that we are going to examine all of our options and ensure that the implementation of body cameras is done correctly," said Miller at the time. “I cannot provide a time frame as to when implementation will occur, as there are still too many questions and options which need to be addressed.”

According to an article written by S.P. Sullivan of NJ.com, “body cameras will be activated, including during traffic stops, arrests, pat-downs and 'frisks,' and witness interviews. Recording can happen virtually anywhere police are performing their duties, but 'special restrictions' will be put in place for recording in schools, health care facilities and places of worship. Recording in courtrooms will also be limited.”

At the same time they released directives on how the cameras should be used, the AG's Office also updated their regulations on how "deadly use of force" investigations should be handled.

As for the hopes of overturning the controversial "Lyndhurst" decision, that will be left up to a higher court, unless the state legislature gets involved.

The NAACP was among the organizations the AG's Office referenced in their original press release, along with other advocates, community leaders and clergy, including representatives of the NAACP.