"I have directed [Schwartz-Robeson] staff and management to not issue any more improper parking fines until further notice," wrote Executive Director John Clarke in a February 4 email to New Brunswick Today.

"I didn't know [about the parking violations] either, until some residents told me about it," said City Councilwoman Rebecca Escobar, a former NBHA Commissioner who is the Council's liason to the authority.  "According to what it says out there, it's allowable. I might not agree with it, but I will find out more information."

The parking fines cost tenants much more than those associated with tickets issued by the New Brunswick Parking Authority (NBPA), and the fines appear to violate the city's ordinances.

The parking fines appear to have been issued by an employee working under the direction of NBHA's property manager Andrea Eato-White, who was curiously appointed to the NBPA's Board of Commissioners last May.

"I will be meeting with the property manager and the Housing Authority attorney next week to review the [Schwartz-Robeson] parking rules and related policies for that public housing site," Clarke elaborated.

Some residents told us the fine prices can also vary.  Clarke stressed that parking violations were only issued to "repeat offenders." 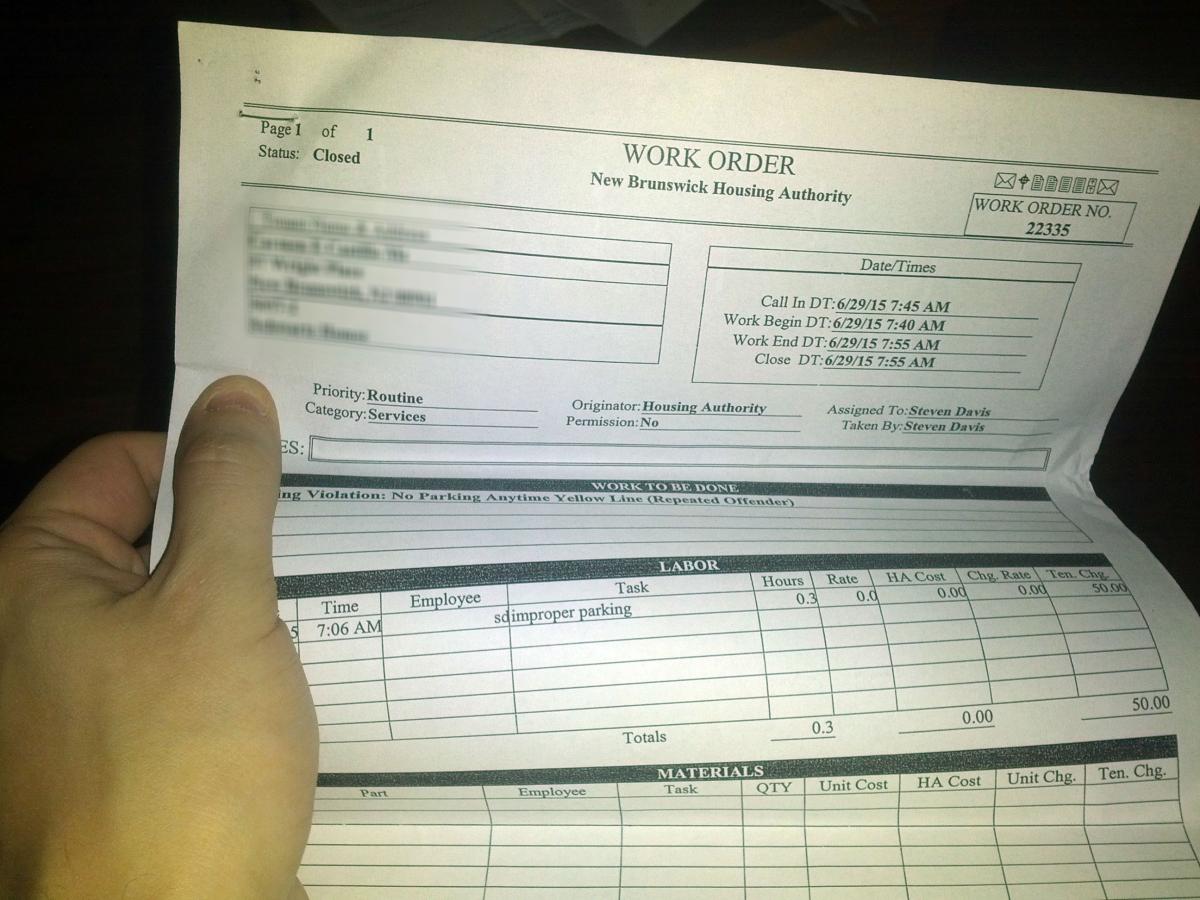 "The first ticket is 50.00, then it goes up," said one Schwartz Homes resident, who shared others' concern that parking violations were just one form of excessive fines employed by the authority.

"I had to pay for the lights to be replaced, like you mentioned [in NBToday's February 2 article]," the source said.

According to New Brunswick's city ordinances, parking violations are punishable by summonses between $20 and $40, depending on the type of violation.

The ordinances also state that it is legal for anyone to park on both sides of Wright Place between Van Dyke Avenue and Lufberry Avenue, so long as it's not during "alternate side parking" hours or in a space for "handicapped persons."

But in the projects, alleged violators do not get to challenge the tickets in municipal court, but instead are left with only one recourse: a "grievance" process run by a NBHA employee. 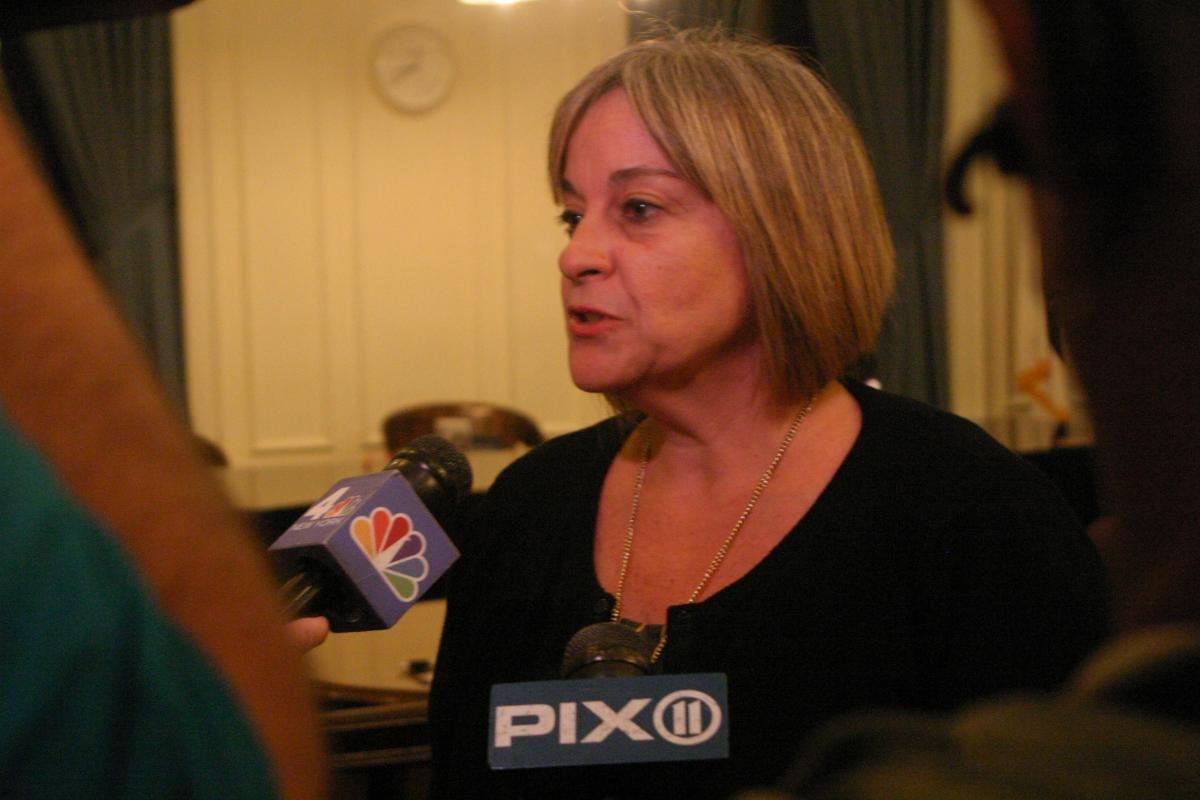 Councilwoman Escobar said she was "asking some questions" but said she hadn't had a chance to talk to officials at the Housing Authority or the Parking Authority.

"I have not called to either John Clarke or the Parking Authority," Escobar said at the public meeting. "But it seems that it is legal, within the right of the Housing Authority to do that."

Escobar did not respond to a request for comment on Clarke's decision to halt the ticketing.

Clarke directed any residents or guests "that believe they were not illegally parked on Housing Authority property and were issued an improper parking fine by the Housing Authority" to file for a "grievance hearing."

"They can file a written request for an informal hearing at the Management Office, 7 Van Dyke Avenue (attn.: Hearing Officer)," said Clarke, "and they will be afforded a hearing."