NEW BRUNSWICK, NJ—At around 8 a.m. on January 8, an apartment fire broke out at 114 Redmond Street, near the intersection with Throop Avenue.

The home, that has an upstairs and downstairs apartment, is directly across the street from Lord Stirling Elementary school.

School staff and a crossing guard directed children and parents to the side of the school opposite the home.

The fire started at the rear of the first floor, which was vacant at the time. The second floor tenants self-evacuated and there were no reported injuries. . 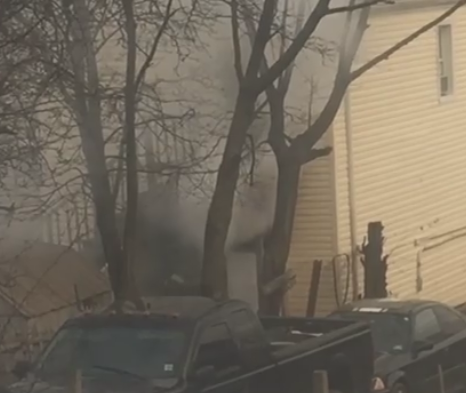 There was fire, smoke, and water damage to half of the first floor dwelling, while the second floor sustained smoke damage, according to city spokesperson Jennifer Bradshaw.

Tenants were visibly upset and were consoled by members of the New Brunswick Fire Department personnel as they continued investigating the scene.

Six people have been displaced and have found alternate living arrangements, according to Bradshaw.

The cause of the fire has been ruled as accidental, but there is no word yet on what caused the incident. There is an investigation pending.