NEW BRUNSWICK, NJ–In 2015's most contentious Zoning Board of Adjustment meeting, the board unanimously approved variances to allow for a small grocery store in the Fourth Ward on October 26.

The 7-0 vote clears the way for the owner of Marquez Grocery on Jersey Avenue to open up a similar bodega on Joyce Kilmer Avenue.

About one out of every three audience members cheered the decision, which involves the bodega owner's wife relocating her existing beauty salon to make room for the store.

After some discussion, the board agreed to allow testimony in Spanish, provided that an interpreter translate it into English.  Spanish as a primary language for many city residents. 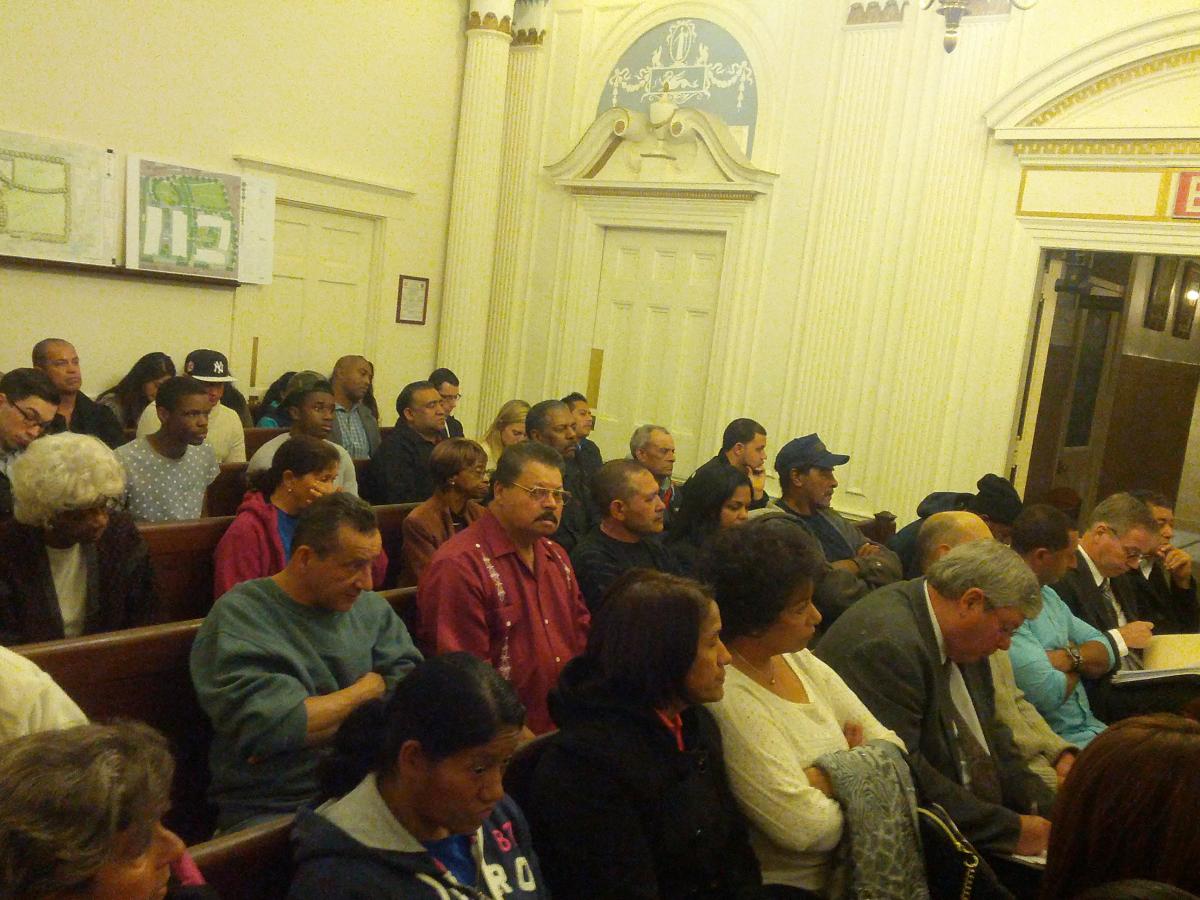 The hearing was also noteworthy because it drew an usually large crowd and the applicant was a tenant, and not the owner of the property.

The opposition was, at least in part, the result of organizing among the customers and owners of a bodega located one block away at Delavan Street.

Under the proposal approved, Altagracia Rodriguez's B&B Beauty Salon at the corner of Joyce Kilmer Avenue and Sanford Street would move into an vacant building next door.

That would allow for her husband to open the grocery store on the ground floor of the 2-and-a-half story wood frame building.

The plans for the new bodega faced a backlash. One opponent was the owner of a convenience store, El Caribe, about a block away from the site, bordering Joyce Kilmer Park.

Her main concerns focused on parking and traffic/pedestrian safety, but she also complained that Rodriguez's husband cursed at her when she was taking pictures of the buildings in question.

The third speaker, Elizabeth Marmalejos, attempted to support the bodega plans, sticking up for the owners.

A fourth speaker, professing to be a "friend" of the applicant, had told the applicant not to put a store at the location under contention.

The parking requirements for the planned bodega/salon compound called for 13 spaces, and the notice of the hearing had asserted that there would be five spaces.

The actual plans called for three parking spaces, and neighbors of the site were concerned that delivery trucks wouldn't be able to turn around on Sanford St.

Rodriguez's lawyer asserted that the current hair salon was "impeccable," also saying that the business owners wanted to build something that the neighborhood could be proud of.

While a planning board member called for restrictions on delivery times, the planning director pointed out that those restrictions would be almost unenforcable. 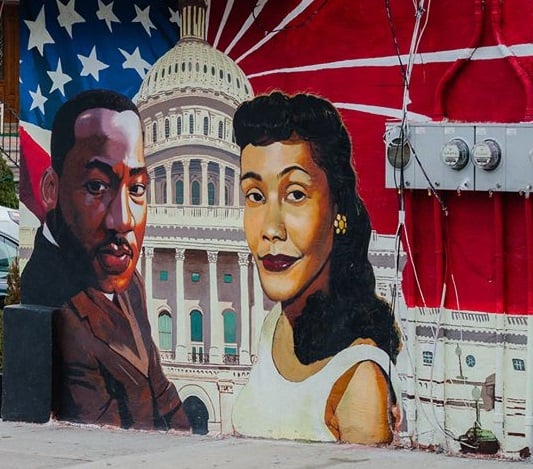 Under the approved plan, the mural will remain and be "cleaned up" according to the applicant's planner.

A two-bedroom apartment on the ground floor would be eliminated to make room for the bodega.

A closet and employee bathroom belonging to the salon will also disappear. The ground-floor part of the rear staircase will also be removed.

The rear apartment will be replaced by a meat and produce preparation suite with two refrigerators.

In front of each refrigerator, there is to be a preparation area for that category of food, complete with sink and preparation tables.

The meat room, on the right side of the building, will have three stainless steel tables, one each for beef, chicken, and pork. Even the sinks will be elaborate, with each preparation room having four basins.

The very rear of the building will include an employee restroom and storage space.

A deli/salad display case, butcher-meats display case, and a counter for deli/produce buisness will be in front of the meat/produce preparation suite.

A vegetables and dairy section will grace the right side of the store, typical bodega grocery shelves will take up the middle, and the drinks refrigerators will be on the left side of the building, in the front and rear.

The cashier will be in front, on the left side, and behind the ice cream freezer and front drinks refrigerator.

In short, the proposed bodega is not all that different from other New Brunswick businesses in its class.

The two-bedroom apartment upstairs at 149 Joyce Kilmer will remain, but a set of steps leading downstairs will be removed.

The building has an unfinished cellar, which has a closet for tenants under the front staircase. This basement appears to be unaffected by the renovations.

The salon in that building will move to the building next to it, which is currently vacant.

The uninhabited structure appears to have been designed for commercial use, and it has a "non-habitable basement" without windows.

Rodriguez intends to use this basement in 151 Joyce Kilmer for light storage.

Seven hairdressers' chairs will be installed, all with a counter in front of them, five in the front room and two in the back. There will be a hair washing station in the front room, and there will also be lounge furniture on the first floor.

An employee restroom, a storeroom/back office space, and a small closet are currently behind the retail room.

The closet and restroom will be removed. A new employee/customer restroom, in front of where the existing restroom is, will be enclosed.

A "non-habitable attic" is upstairs, reachable by a staircase in the rear. This attic will not be changed, and will be used for light storage.

The bodega/hair salon owners hope to buy the buildings that they're currently leasing one day.