Pucci took political observers by surprise when he announced his retirement from the MCIA in December after 25 years in the powerful position.

Ralph Albanir, who retired in 2014 after 42 years with Middlesex County, has been “hired as a management consultant to assist the Authority in overseeing the day-to-day operations of the agency until a new Executive Director is named,” according to MCIA Chairman Leonard Roseman.

Albanir served as head of the Middlesex County Infrastructure Management Department, and will oversee “the effective continuation of service and operations of our multi-faceted agency,” said Roseman in a statement made in response to multiple inquiries form New Brunswick Today. 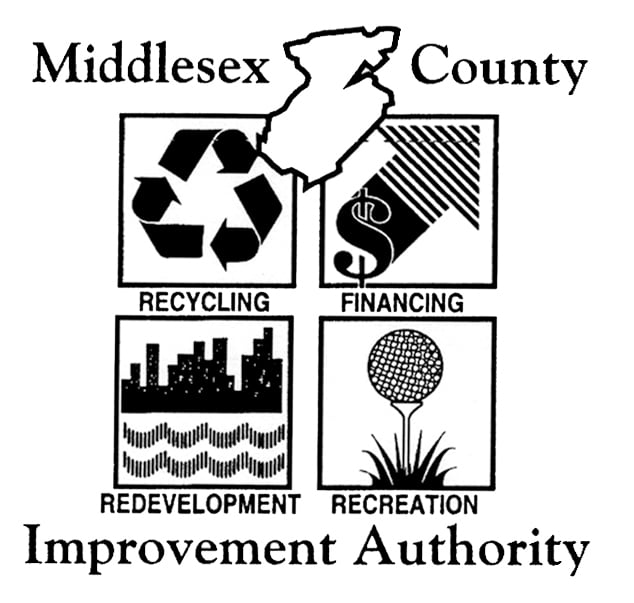 Roseman leads the five-member MCIA Board of Directors, which is appointed by the Middlesex County Board of Chosen Freeholders.

Pucci’s unexpected departure has sparked jockeying among Middlesex County Democrats eager to replace the kingpin who led the $65 million agency that spreads money around the county.

Pucci started in 1991 as the MCIA’s first and only employee, building the new agency into a major element of the county bureaucracy.

The MCIA now employs some 600 people, most of whom work in the county’s two 180-bed “Roosevelt Care Center” nursing homes.

In addition, the agency provides curbside recycling in 14 different municipalities, finances capital investments and “economic development” projects for many towns, doles out millions in taxpayer dollars to purchase and preserve “Open Space” throughout the county, and runs four 18-hole golf courses, and the county’s “MCFOODS” food distribution program.

As a result of the agency’s work, county officials frequently brag that Middlesex County is number one in the state for recycling.

“[Albanir] will report to Middlesex County Administrator John Pulomena, who will supervise management and planning of the Authority until a new Executive Director is named,” wrote Roseman.

In addition, Pulomena and Albanir will help to review, enhance, and support the “strategic mission of the MCIA,” and assist with the search and recruitment of a new Executive Director.

It was the first public statement from Roseman since Pucci’s departure was announced on December 15, an announcement that marked the second time in 2015 that Pucci took the political establishment by surprise with a retirement announcement.

In March 2015, his decision not to seek re-election to a ninth term as Mayor surprised the political establishment.  At the time, he announced he would not seek re-election as Mayor, but gave no indication he would also leave behind the MCIA job. 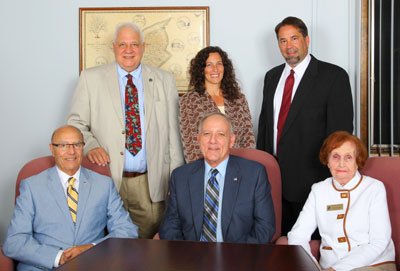 Pucci, a Perth Amboy native, is credited with growing the government agency into a lucrative and stable fixture, as well as turning Monroe Township into a Democratic Party stronghold in the southern part of the County.

Pucci was first elected Mayor of the quiet, largely rural community 28 years ago.

In 2016, Pucci was succeeded as Mayor by Gerald Tamburro, a Township Councilman who he endorsed as his handpicked successor.

Until January 6, MCIA officials had said precious little about their plans for replacing Pucci, keeping Albanir’s hiring a secret.

Pucci had professional expertise that “will be sorely missed,” according to Roseman.

But when New Brunswick Today asked who was steering the ship in Pucci’s absence, it took more than 10 days to get a substantive response. 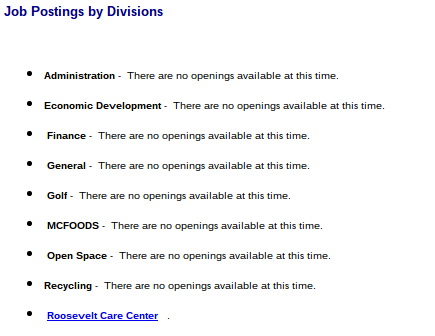 The MCIA website still does not currently list any vacancies in the administration.  In fact, it says explicitly that there are “no openings available at this time.”

The MCIA’s Chief Financial Officer Lory Cattano refused to confirm whether or not anyone currently holds the Executive Director position just hours before Roseman’s statement was issued.

Pressed as to who she was forwarded our questions to, and who she was waiting to hear back from, Cattano said, “I don’t think I have to tell you that.”

The MCIA board of directors held a special meeting on December 29, presumably when they approved Albanir’s hiring, but the agency advertised the wrong time on their website.

When New Brunswick Today called to confirm the special meeting was on for 6pm, we were told it had already concluded.

As the leader of the MCIA, Pucci largely flew under the radar until 2012, when the State Comptroller’s Office found he and others at the agency had received “questionable bonuses” and were failing to follow state laws on purchasing and procurement.

The audit showed that Pucci received no written evaluation to warrant such a bonus, and that Cattano and two other administrators had also receive the questionable bonuses.

Christie sarcastically called Pucci ” my good friend” and “another extraordinarily self-sacrificing public servant” at a Town Hall meeting before launching into a routine making fun of the Mayor and MCIA leader.

“He exceeded the property tax cap by $500,000.  He broke the law,” said Christie. “You know what their suggestion was?  The town’s suggestion was ‘Well, we’ll fix it next year.'”

After comparing Pucci to the “Popeye” cartoon character Wimpy, Christie declared to applause that his administration forced Pucci to re-issue lower tax bills that complied with the law.

“We’re not going to let Mayor Pucci pay me tomorrow for a hamburger today, so we have ordered him to re-issue the property tax bills to every resident of Monroe Township, reducing their property taxes and he has to do it.”