NEW BRUNSWICK, NJ—This month, comedy is on full display in the Hub City with several shows in local venues throughout December.

The New Brunswick comedy scene is talent rich. Many artists travel each week to show off their skill sets, however this month has many shows closer to home.

December is also  a great time to see high-level comedy in the Hub City at an affordable price point, with at least four shows with a cover charge of $10 or less. 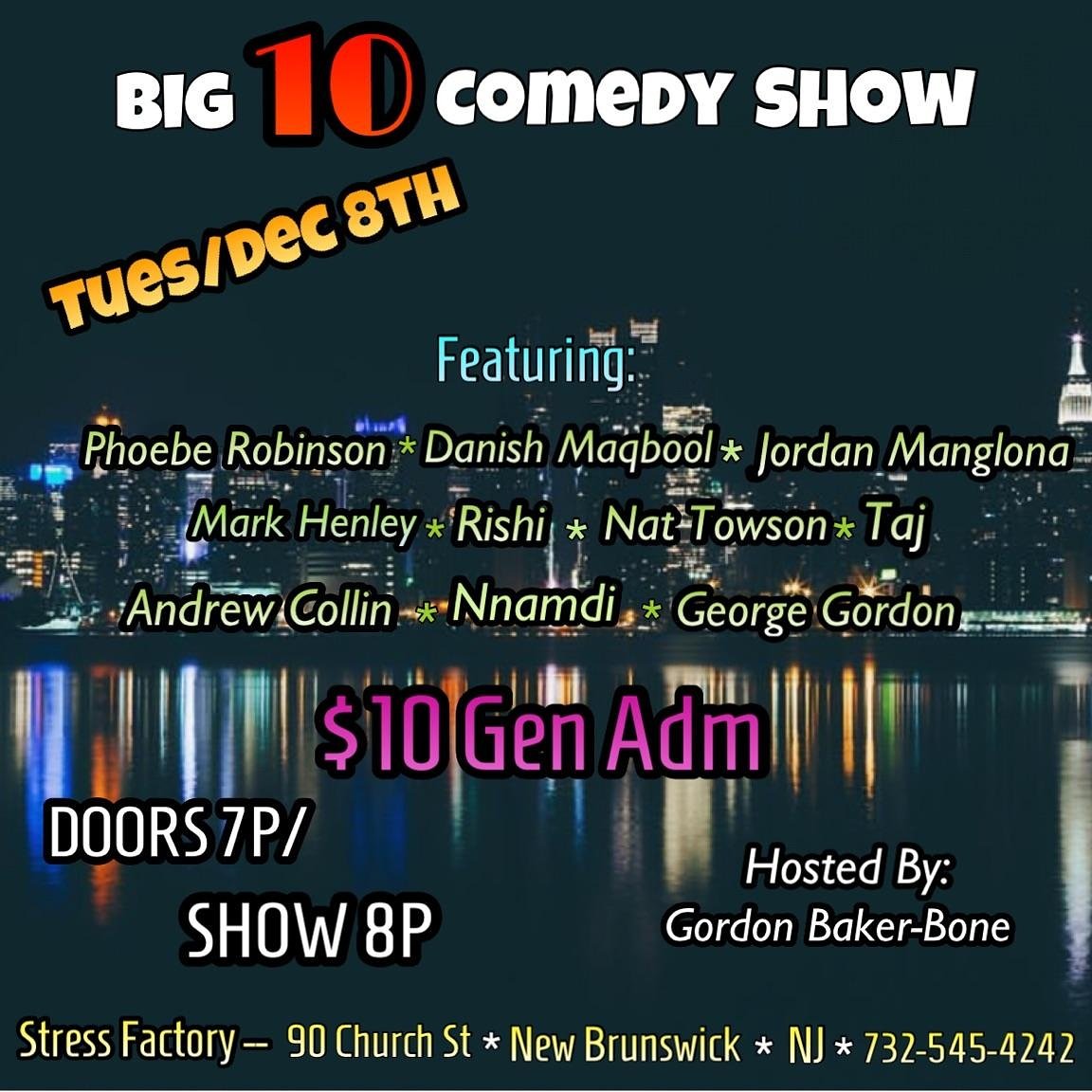 On Tuesday, December 8, Vinnie Brand’s Stress Factory will be hosting the Big 10 Comedy Show, a monthly event that is described as “hitting you with some of the best up and coming talent that the Tri-State area has to offer.”

“These comics are the hottest on the scene and this show is not one to be missed,” reads the promotional literature.

The show’s host Gordon Baker-Bone stated “This show price is $10 and only $5 if you have a student ID. We have the best drink Specials around too… $2. Coors Lt drafts and $5 Three Olives Vodka doubles!” The Big 10 is a monthly staple and kicks off an action packed month.

The very next day, the group the Three Legged Bears are host their first New Brunswick event on December 9.  “World of Bear” will be held at World of Beer (335 George Street) and begins at 7:00 pm.

Rishi Mathur a co-producer explained, “This time The Bears will be causing an uproar of laughter in the heart of New Brunswick at the World of Beer. Free entry two drink minimum to watch some of the finest stand up comics in the tri state area show off their craft as you sip on yours.” 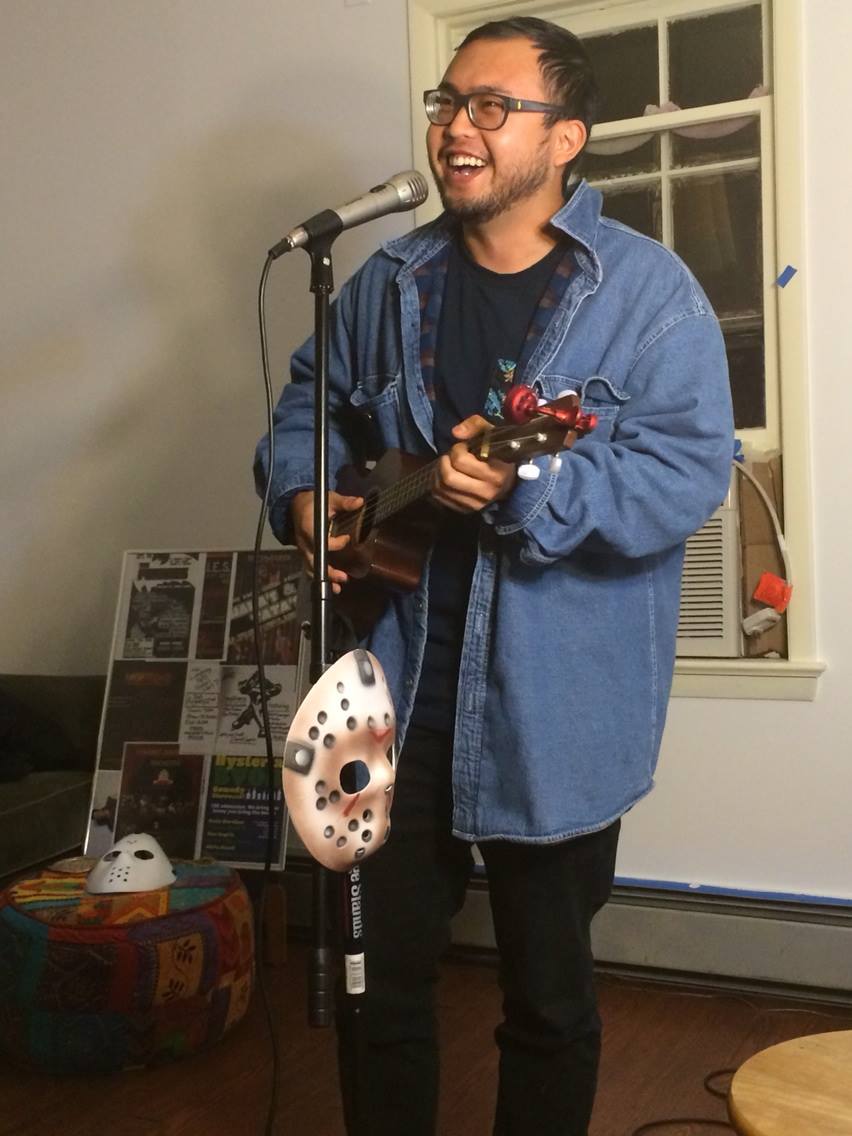 Then on Saturday, December 12, the George Street Co-Op will be presenting “the Cult of Lunacy,” a comedy show produced by Daniel Caprio.

The show starts at 7:00 pm and the line up is going to be full of eclectic comedians, poets, and some music acts.

The comedy show is free, but donations are accepted and appreciated.  The show is located upstairs, on the second floor of 89 Morris Street, near the New Brunswick library.

Rounding out the month is another event at the Co-op: the first-ever “Pretty Okay Comedy Show,”  Co-Op on December 19.

Patrick Lonergan, who is producing his first show, and hosting it, said the day is a special occasion for him.

“Come celebrate my birthday with me! I got some of my favorite comics from all around the area to tell some awesome jokes and have a great night. Tickets are only a buck so come by and enjoy the McChicken of Comedy!” 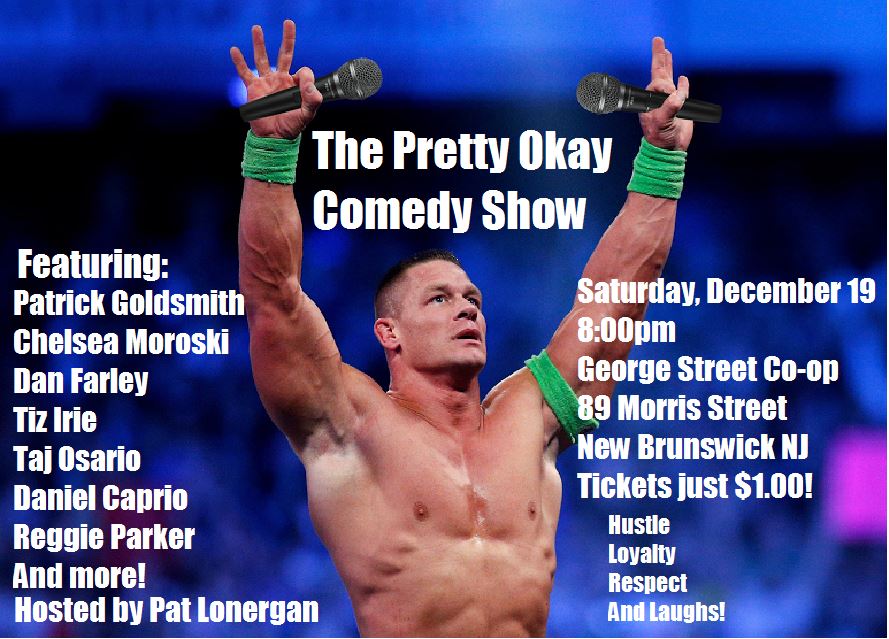 Editor’s Note: The author of this article is scheduled to perform at the shwos on December 9 and December 19.