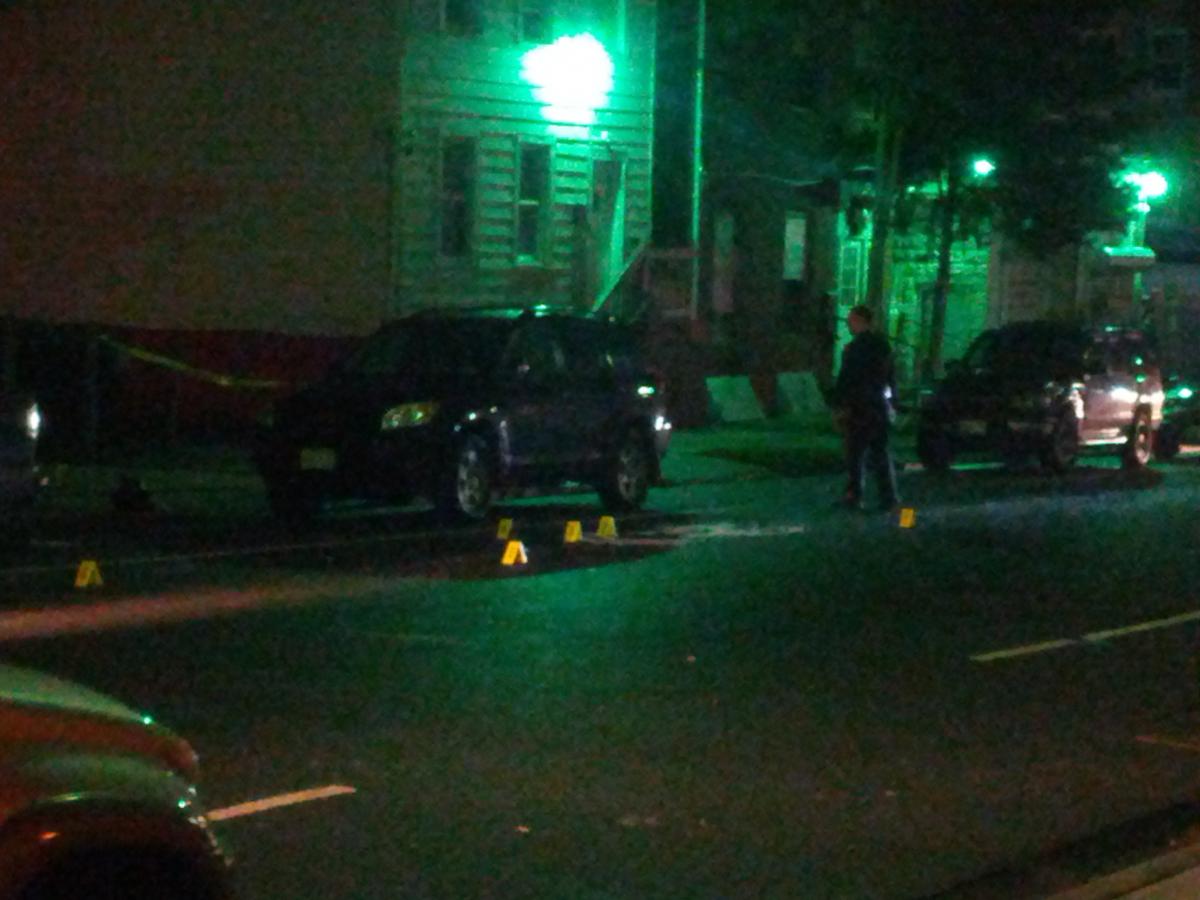 NEW BRUNSWICK, NJ—Violent crimes continue to plague the Hub City this holiday season, as man was shot twice in the lower leg on Harvey Street near French Street, at about 12:15am on December 26.

The victim ran in the side door of Hub Liquors, a bar that more closely resembles a liquor store, leaving a trail of blood and forcing the establishment to close early.

The unknown victim was hospitalized but is expected to fully recover from his injuries, according to a crime alert.

"In this incident the victim, who is not affiliated [with Rutgers], reported that while he was walking on Harvey Street a car pulled alongside him and the passenger called out to him," reads the RUPD alert.

"The passenger then exited the vehicle and chased the victim while firing a handgun at him," the alert coninues.  "The perpetrator then fled towards Somerset Street."

Within an hour, police had placed at least seven yellow markers on the street and sidewalk of Harvey Street.  Markers are typically used to mark the locations of bullets holes and shell casings.

Shattered glass also appeared to be plentiful near the site of the markers.

The incident comes less than 24 hours after a stabbing a few blocks away in the Fourth Ward, the first of a number of serious crimes that took place in New Brunswick on the unusually warm Christmas holiday.

The New Brunswick Police Department is actively investigating this incident and asks that anyone with information, or who may have been in the area at the time, contact their Detective Bureau at 732-745-5217.