To win the NJ Diamond Glove, a boxer must win all three fights. 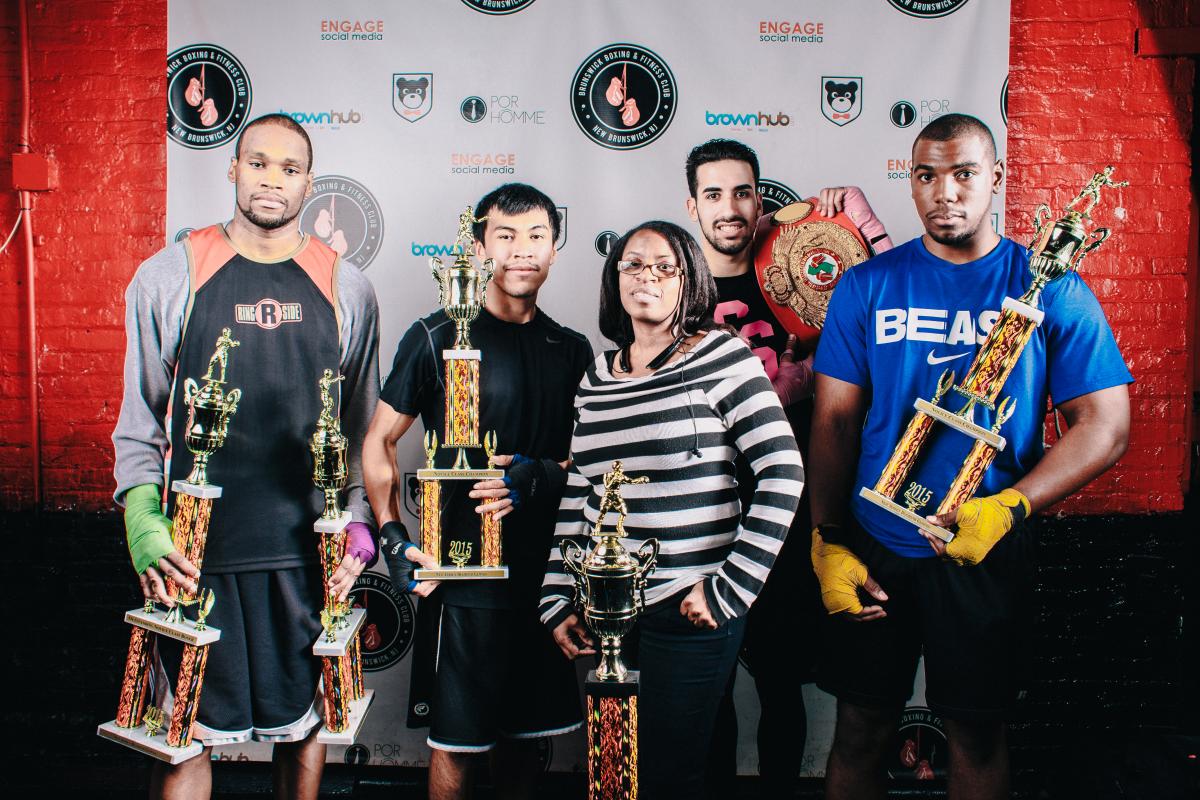 Those who win the Diamond Glove Tournament go on to compete in the Golden Gloves in the spring.

Collectively, all four winners practice anywhere from 72 hours to 80 hours a week with each boxer practicing between 3 to 5 hours a day. 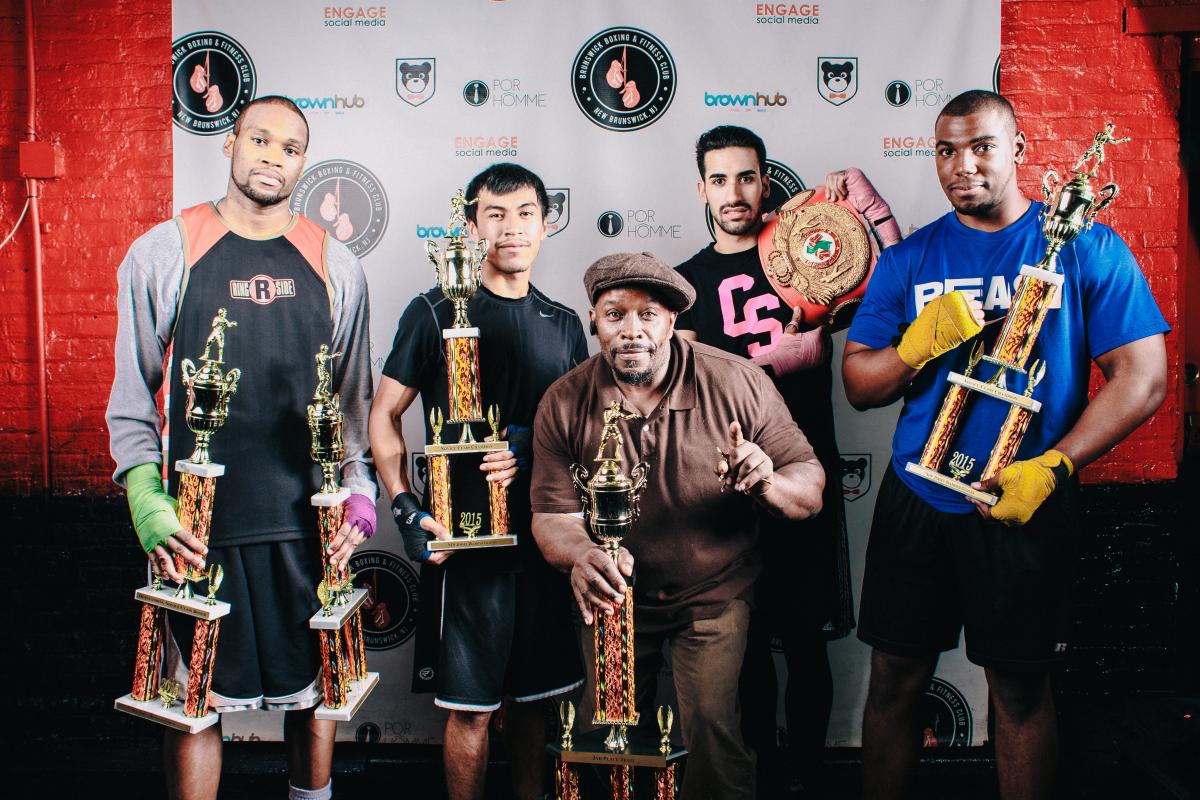 The athletes exercise by running, conditioning, shadow boxing, jump roping, and sparing one another.

Daniel Bean practices six days a week for an average of five hours a day starting with an eight mile run at 5 AM every morning.

Many also participate in mental exercise. Eder Gatica meditates every morning to “find inner peace mentally and spiritually.” Gatica describes his training style as “more scientific and more spiritual” than the typical boxer’s.

“I want to test myself and I want to best myself,” he said. 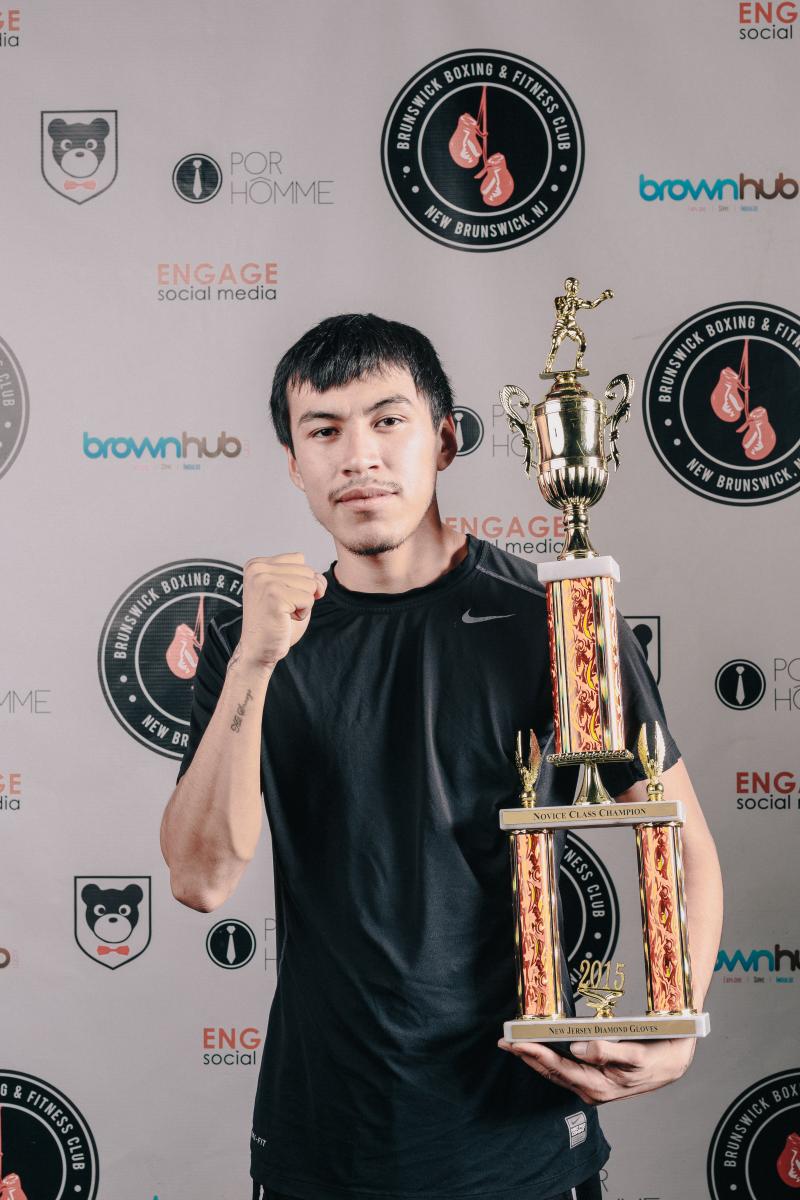 All four boxers mentioned the critical role that mental outlook plays in a good fighter.

Tre Martin mentioned the mental aspect of fighting by saying that “it takes a lot of courage to get into the ring.” He describes boxing as “more of a lifestyle than a sport” because boxers dedicate so much of their physical and mental energy to the sport.

Christopher Sanchez echoed Martin’s statement saying, “how much work you put in to [boxing] is what you get out of it.” 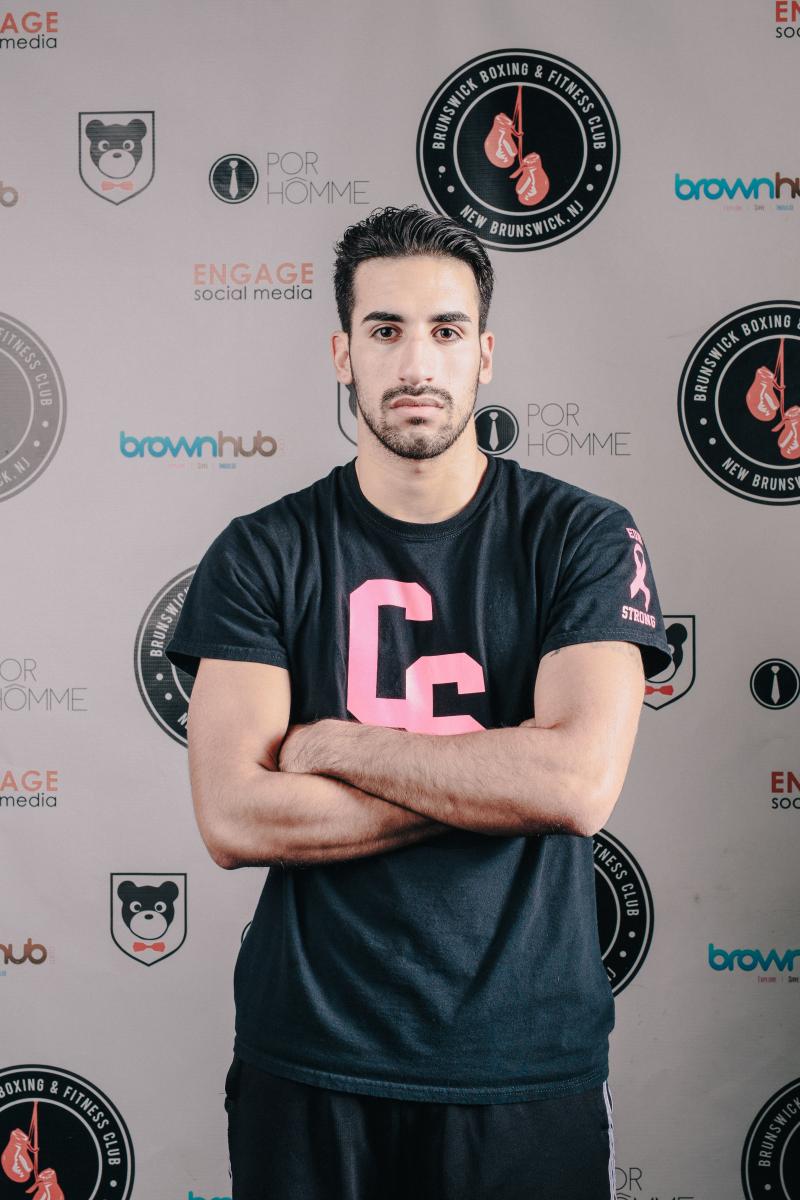 When speaking of his family and friends who come out to support him, Bean says that a good fighter can’t rely on the crowd to pump him up. His parents are supportive, but his mother frequently expresses her concern over his welfare.

“In reality,” Bean says about his mother, “she’s my biggest fan though.”

Christopher Sanchez also connects to family while boxing. Before every fight, Sanchez would write the name of his cousin, who was fighting breast cancer, on his tank top. After she passed, Sanchez wears a t-shirt with her name and the breast cancer awareness ribbon on his sleeve.

The four Diamond Glove winners also expressed a sense belonging to a community.

Gatica said boxing “completely changed his life” by helping him be more positive and stay out of trouble. “I want to give something back,” he said.

As a New Brunswick resident, Gatica tries to set a positive example for the neighborhood children who look up to him and his boxing career.

This type of community involvement is exactly what co-managers, Dionne Roberts and John Thompson, strive to create at Brunswick Boxing and Fitness Club.

The goal of the gym is to “save life, rehabilitate the community, educate the youth, take kids of the street,” and to stop gang involvement, said Roberts.

“This gym is not like a regular gym,” Roberts continued. “I know everyone. If they are in trouble, they come 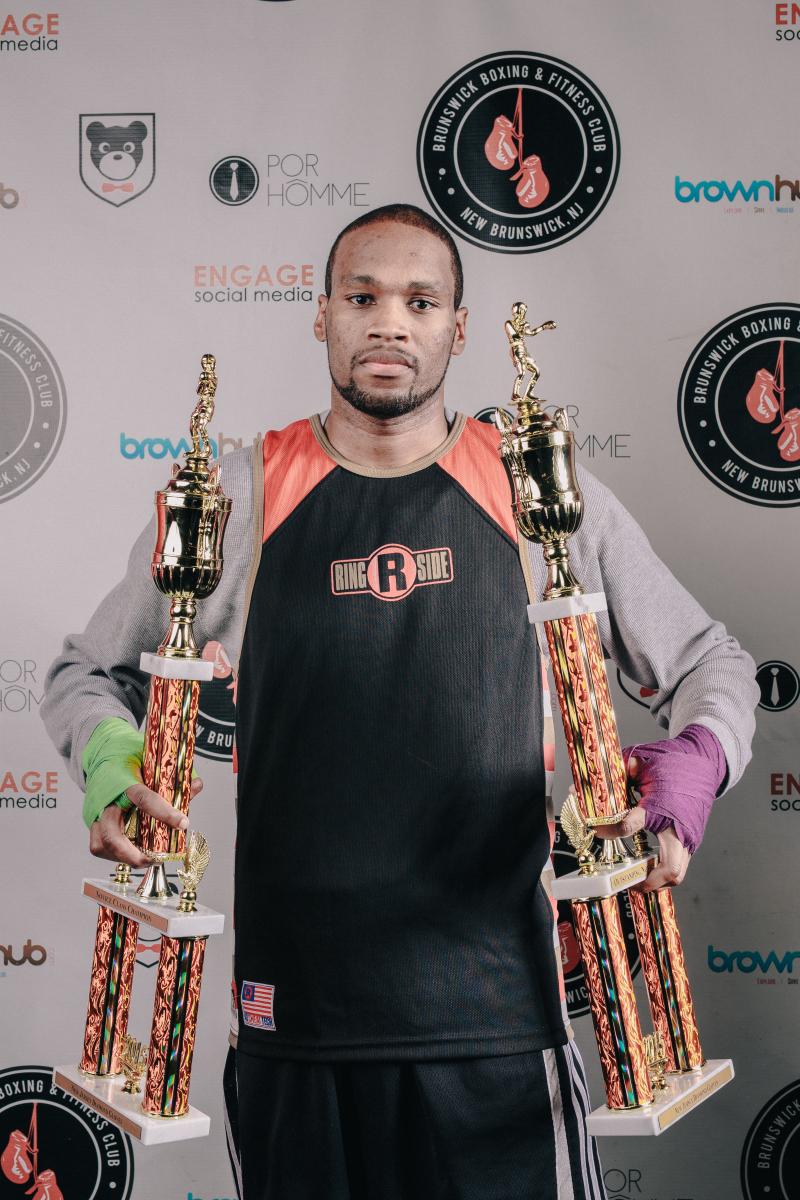 In addition to running the boxing gym, Roberts and Thompson also run the non-profit SAVE. SAVE, or Skills Awareness and Values Enrichment, provides afterschool tutoring, holiday food drives, and SCAR- a juvenile delinquency prevention program.

The goal of both the non-profit and the boxing gym is to “create an atmosphere in the workplace and in the community where people give back and help others,” said Thompson.

For the Diamond Glove winners, Roberts’ and Thompson’s work, as well as the coaches, has greatly impacted their lives.

“I want to thank my coaches and everyone for helping me get this far,” said Gatica. 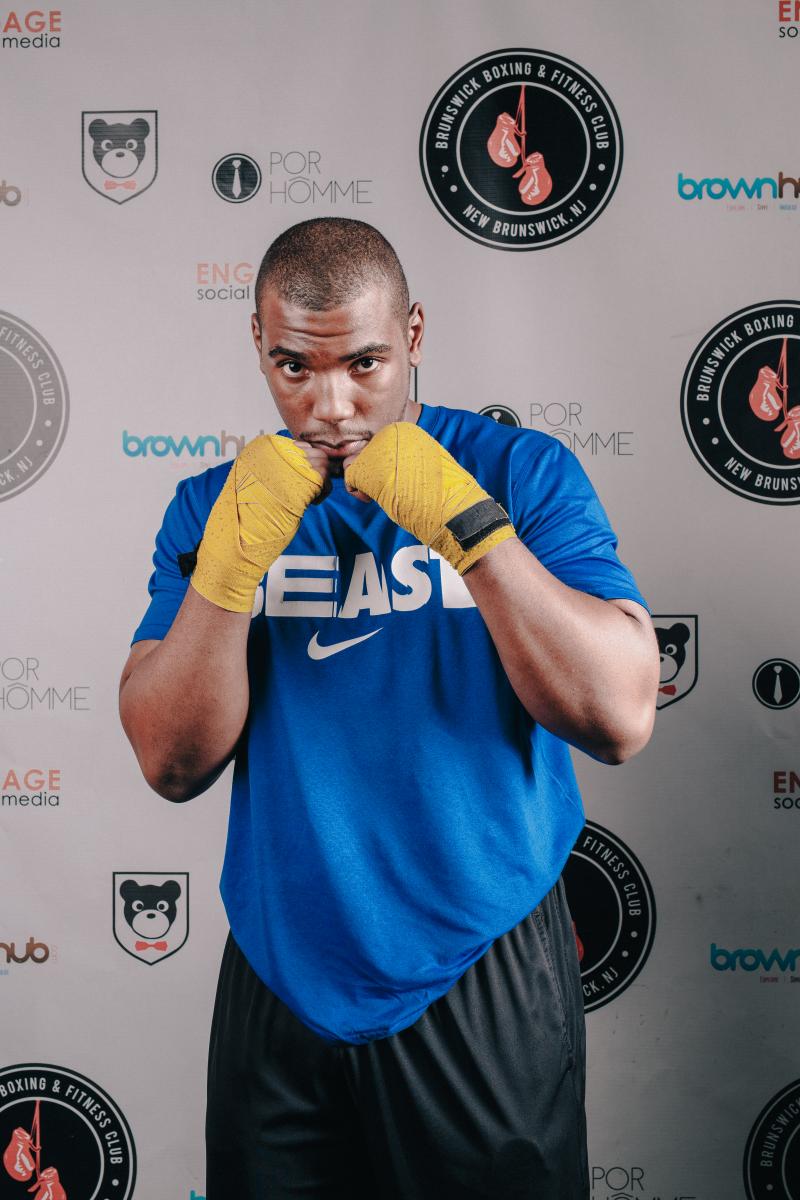 When asked by this reporter what the next steps are, all four fighters mentioned the Golden Glove Tournament happening this spring season.

In reference to NBToday staff members coming back to report on the next round of wins, Daniel Bean said, “You’re going to be here again in March.”