NEW BRUNSWICK, NJ—Until last spring, Dena Seidel was director of the Rutgers Center for Digital Filmmaking in the Mason Gross School of the Arts.

Seidel founded the program, building it up from nothing, her supporters say.  And this year, the school for the first time is offering a new major in filmmaking.

But Seidel is no longer at Rutgers, unable to see the fruits of her labor blossom, and a growing number of students are crying foul about her abrupt departure.

Seidel’s career began in 1997 at WNET, the New York City public television station, according to her LinkedIn page.

Before teaching at Rutgers, she worked on films for National Geographic, Discovery Channel, HBO, ABC, The Learning Channel, WGBH Boston, and Turner Broadcasting.

In 2007, she was first hired by Rutgers University, where she helped launch the digital filmmaking component of the “Writer’s House” initiative.

Seidel went from teaching in the English Department, home of the Writer’s House, to the university’s art school where she headed up a new program offering students the chance to earn a digital filmmaking certificate. 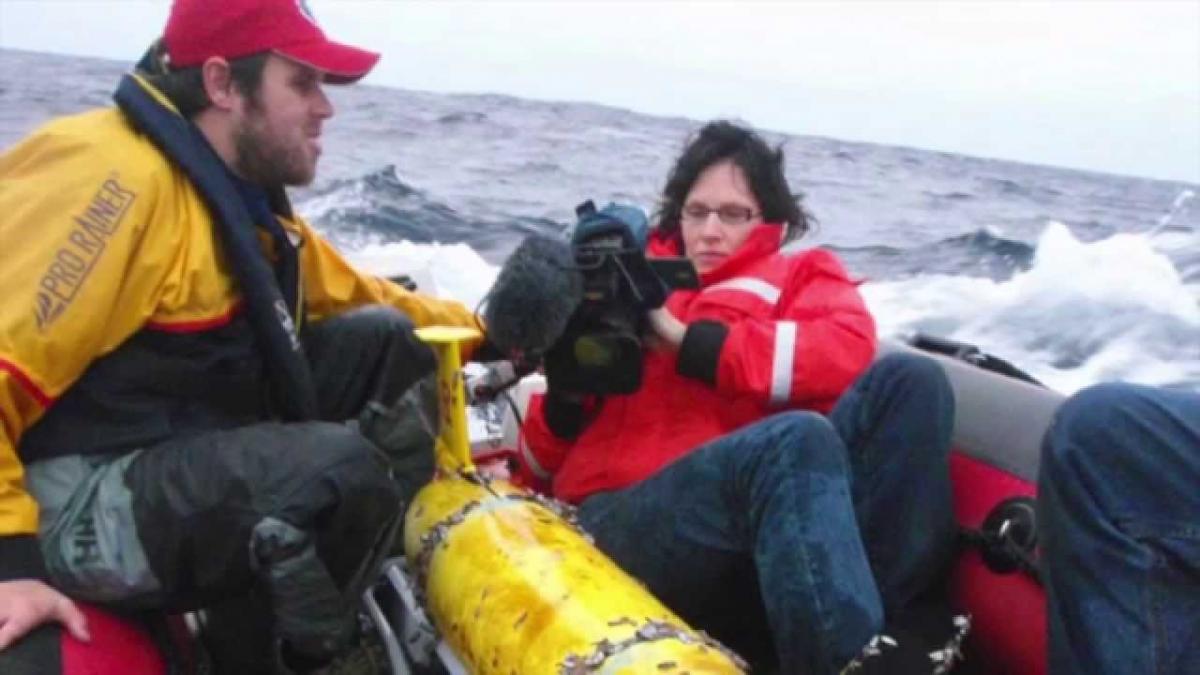 From 2012 to 2015, she worked on a documentary that took her to Palmer Station in Antarctica.

“This is the first time in history that the Long-Term Ecological Research (LTER) project at Palmer Station has ever been documented on film,” reads a Rutgers website promoting the film.

The site calls it “a once-in-a-lifetime opportunity for viewers to follow the historic mission of prominent climate change scientists who push the limits of their research and come to terms with the sacrifices necessary to study and ultimately prepare for global climate change.”

Seidel was also responsible for two lucrative grants for the program: the Henry Rutgers University professorship (an esteemed position that was not stipulated for her, but could have gone to her) and a New Brunswick Strategic Planning Proposal worth $600,000.

Seidel stepped down from her position in the spring. But her supporters say that she did not have much of a choice.

She was only employed through an annual contract, without the academic protection of tenure.

Last year, she was was offered a demotion from director of the digital program program to “executive producer,” a role without a clear definition.

She was also given a negative faculty evaluation by members of Mason Gross’s visual arts faculty.

Many people are protesting the fact that Seidel was evaluated by people who were not truly her peers.

The current perception is that Mason Gross’s visual arts faculty “pushed Dena out.”

It should be noted that Lisa Baratta, associate dean of Mason Gross, is married to a member of the visual arts faculty.

Seidel protested both the negative review and the demotion.

Rutgers did not respond to her complaints, and when the deadline for her to sign her renewal paperwork had passed, they were legally able let her go.

Sources feel that it was unreasonable to expect Seidel to simply step down from her leadership position in a program she built from the ground up. 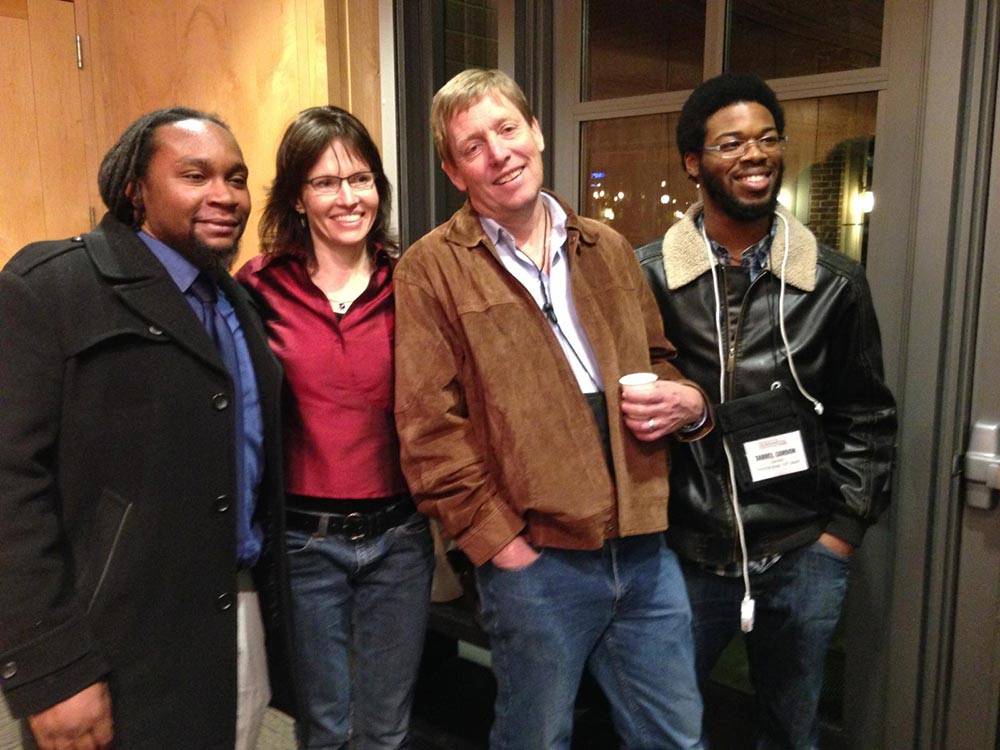 She has filed a grievance with the AAUP, the union for university professors.

They have taken her case and will proceed with the first step of the process, mediation, in late November.

Seidel is an accomplished filmmaker. Her award-winning science documentary (produced with students), Antarctic Edge: 70° South, was funded by the National Science Foundation and is currently being streamed on Netflix.

Despite Seidel’s impressive background as a professional filmmaker, her students truly valued her ability to teach.

“Every single person respects her,” says Natalie James, a Rutgers journalism major who took classes with Seidel when she was completing her digital filmmaking certificate. “When you take one of her classes, you’re gonna have to do work, and she’s gonna make you better.”

Students and parents alike feel that Seidel represented the program, and that her leaving changes its dynamic.

“This program is identified with Dena,” says James. “She built it.”

James also mentioned that many parents and students were impressed by the program’s diversity at an open house she attended last year.  She felt having a woman in charge of the program contributed to that.

Ray Arcadio, whose daughter is pursuing a BFA in the digital filmmaking program, said, “I am angry at Rutgers for deceiving us. They let us test-drive the brand new car but after signing on the dotted line, they gave us the jalopy. It was a complete disregard of our family’s struggle and concerns.” 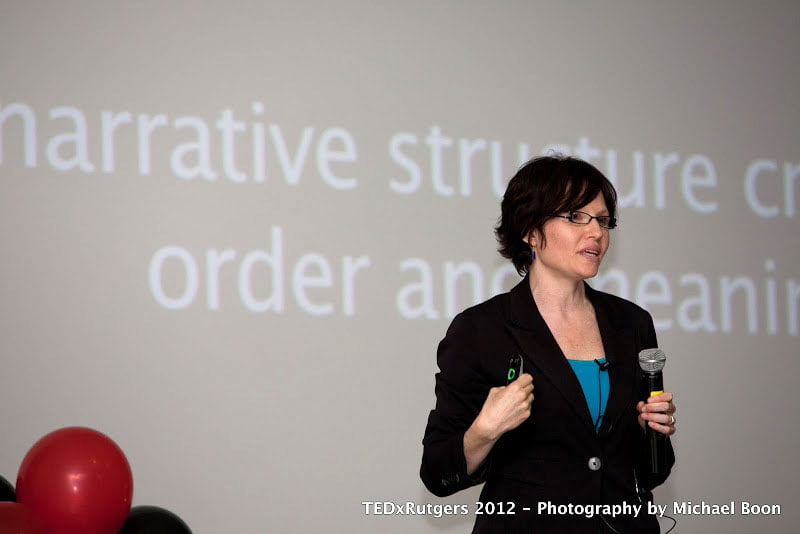 The new director of the program is a filmmaker Nicolás Pereda.

Pereda is a well-established filmmaker, but Seidel’s supporters argue he has little or no experience in teaching, administration, or higher education.

The students protesting Seidel’s exit want to make it clear that they are coming together not against Rutgers, Mason Gross, or Pereda.

They simply do not understand why an outsider was brought in to lead the program.

Rutgers is also hiring an “instructor and head of Film Bureau,” according to an October 15 job posting.

“RU faculty positions are paid for with NJ taxpayer dollars and student tuition—MGSA fired Seidel, who was very successful being both RCDF and Film Bureau director,” wrote representatives of Save Our Rutgers Film Program in an e-mail. “Now they have to hire 2 people to do her job?”

It is not exactly clear why Rutgers did not want Seidel to lead the new program.

One colleague of hers has a theory: that Seidel was asking “awkward questions” about Mason Gross’s budget model and had even put together a report on the topic.

The source said that Seidel was asking questions about Mason Gross’s sometimes-exorbitant course fees, insinuating that the money was not going to their intended classes but rather one big account for the entire school.

According to documents obtained by New Brunswick Today, Siedel had donated video equipment toward the program—equipment that should have been covered by course fees.

Beyond that, the colleague says, her vision may have been “challenging the sensibilities of the visual arts faculty as well as competing with them.”

A Facebook group called “Save our Rutgers Film Program” was launched to support Seidel, and currently has over 1,200 members.

Seidel’s former students have been leading the cause to get Seidel back, or at least get answers.

Their letter-writing campaign has garnered a response from Rutgers Chancellor Richard Edwards, but not one that they find satisfactory.

Their initial e-mail, sent to Edwards, and Rutgers President Robert Barchi, was nineteen paragraphs long and signed by 37 students and recent alumni.

Here is Chancellor Edwards’s response, as provided by James:

I am responding to the message you and other students and alumni sent to President Barchi and me this summer in regard to the Digital Film program. While I cannot discuss personnel matters in any detail, I can assure you that we wanted to keep Dena Seidel and in May of 2015 she was offered, in writing, a new position as Executive Producer, which she turned down. At the same time, we hired Nicolas Pereda to fill a new faculty position and serve as Director of the Digital Film program. Nicolas Pereda’s films have screened on four continents, most recently at the Cannes Film Festival in France.

Again, we would have liked to have Ms. Seidel stay, but she turned down the offer of the new position. We did not fire her or dismiss her. Our commitment to the digital film program remains strong and we believe the students will benefit greatly from Professor Pereda’s expertise.

The students have written another e-mail to no response, and are about to send a follow-up.

James made it clear that she had no hard feelings toward Rutgers.

“I don’t know if Rutgers is at fault here,” she says. “There’s a lot of parts of Rutgers. I still consider Dena a part of Rutgers. There’s some beautiful parts to this school.”

“She deserves a reason,” James said.