NEW BRUNSWICK, NJ—With only four its seven seats physically filled, the embattled New Brunswick Housing Authority (NBHA) struggled along at their September 23 board meeting, the first in two full months.

Yirgu Wolde, an employee of the NJ Housing and Mortgage Finance Agency, took over as Board Chairman, and Dale Caldwell was named Vice Chair, despite his absence.

Wolde was nominated to replace Luis Gonzalez, the Board Chairman who resigned after just 14 days in the position, quitting after a New Brunswick Today article revealed he did not live in New Brunswick.

The NBHA is a $15 million federal agency that operates several public housing complexes in the city, administers the “Section 8” housing choice voucher program, and plays a key role in real estate and construction, doubling as the city’s “redevelopment agency.”

Reached at his dayjob in Trenton, Wolde declined to answer questions about the Housing Authority: “You have to talk to me at the next meeting,” he said before ending the conversation.

But, on October 28, Wolde was absent from the board’s meeting, as was Caldwell, leaving 2nd Vice Chairman Kevin Jones, an aide to Mayor James Cahill, in charge of the board.

All of the board members have signed an ethics policy that includes a pledge “to faithfully attend all meetings barring unforeseen conflicts.”

City Councilwoman Rebecca Escobar, a former NBHA board member and the Council’s liason to the housing authority, was also present for the October meeting.

There, for the second meeting in a row, two of the four board members present were brand-new, ostensibly chosen by the Council to replace Gonzalez and another commissioner who also left the board suddenly.

Because neither Frank Simpson nor Cesar Ovando had attended any prior board meetings, the board still has not been able to approve minutes from its July re-organization meeting.

New Brunswick Today asked questions after some contradictory information about who was appointing the two men was given at a City Council meeting. 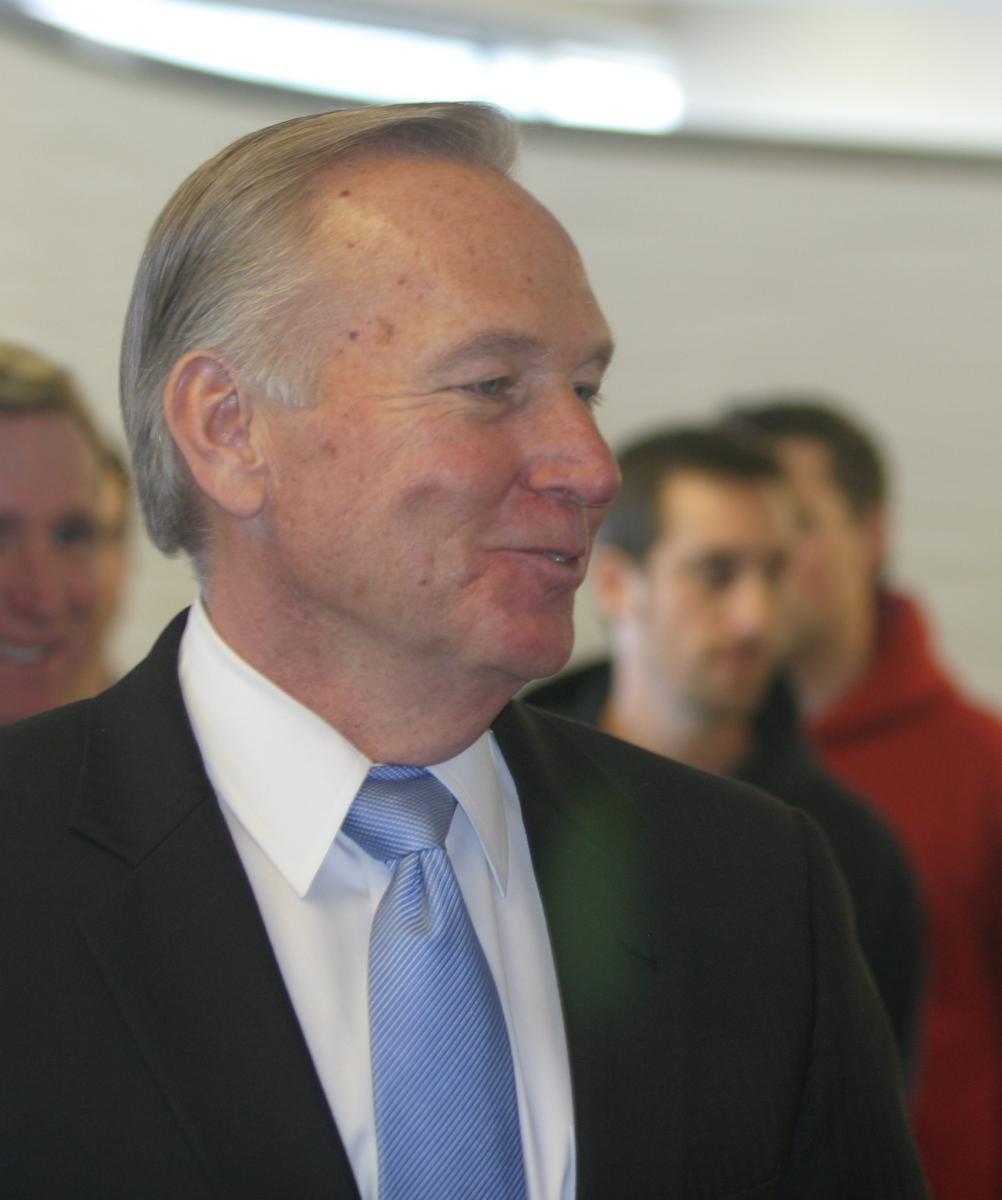 Under federal law, housing authority boards are supposed to consist of five members appointed by the Council, one by the Mayor, and one by the Governor.

But the original draft of the City Council’s resolution said that Cahill was nominating Ovando and Simpson  to the board.

City Attorney TK Shamy admitted that the resolution the Council was voting on mistakenly said the new board members had been appointed by Cahill rather than the Council.

“The resolution may reflect that they’re Mayoral appointments and I’ll make that appropriate change in the resolution,” said City Attorney TK Shamy.

When New Brunswick Today asked for a signed copy of the resolution two days later, we were told that Egan “forgot to sign it,” by City Clerk Daniel Torrisi. When challenged on the origin of the appointments, Council President Kevin Egan said he knew both nominees peronally.

“Does anyone on the Council know them?” asked New Brunswick Today.

“Yes… I met one before, kinda vaguely. But I know the other one, he lives right down the street from me,” said Egan.

“I’ve also spoke with the Mayor and he also knows him very well. So we had communication about that.”

“These appointments were put forth by the Council?” asked New Brunswick Today.  “The Council said, ‘we want these people’ and the Mayor said, ‘that’s OK,’ and not the other way around?”

“What’s the difference?'” Egan responded, eventually saying, “it was the City Council’s idea, along with the Mayor.”

“I believe [the new board members are] gonna do very well.  I can’t predict what’s going to happen.  We wouldn’t have appointed them if they weren’t going to be good people for the housing authority.”

Pressed on what makes them “good people” for the powerful positions, Egan lashed out.

“Mr. Kratovil, listen, I don’t know why you think I’m up here to be quizzed by you.  There’s no section of this paperwork that says ‘quizzed by Charlie Kratovil,’ okay?”

“We collectively appoint these people together and we collectively talk about it with the Mayor.  And that’s the truth,” Egan eventually said, in conclusion.

In the August interview, Cahill spoke about his confidence in Ovando and Simpson, the new board members. 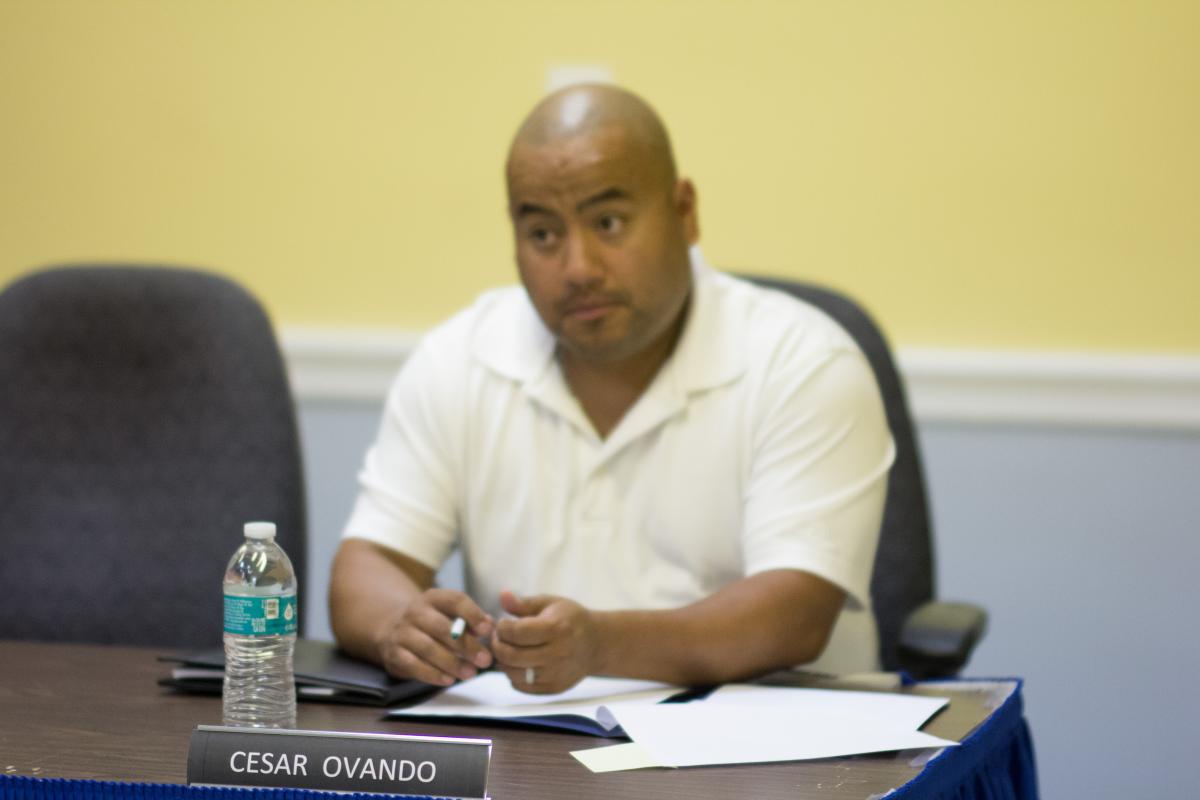 Cesar Ovando, the owner of Olympus Management Services LLC, a private handyman service, hails from the Buccleuch Park neighborhood in the Sixth Ward.

Cahill called Ovando “a homeowner in the city of New Brunswick, involved in property maintenance.”

“He has a property maintenance company, gives him insight into maintaining a property. It’s a good element for the Housing Authority.”

“The other is a resident member… [State law says that] a member of the housing authority board needs to be a resident of public housing, and so that individual has met that criteria.”

Since 1998, it has been required for one member of the board to be a resident in a federally-subsidized housing unit.

Cahill called Simpson a “longtime New Brunswick resident, familiar with the city,” adding the appointee was “also was involved in his own company for a number of years, involved in construction and those things, which can be helpful for the Housing Authority as well.”

Ida Brangman, the previous “resident commissioner” also resided at Providence Square.  She was forced off the board as a result of a residency issue.