NEW BRUNSWICK, NJ—Rishi Mathur is a regular performer at local comedy open mic nights, a comedian whose skill set has grown to include performing stand-up as well as creating podcasts and his own shows.

Mathur’s  interest in comedy began at a young age.  The comedian, age 26, stated, “When all my friends were out having fun, I was at home glued to the TV and dedicated to the craft. In the eighth grade I would sit in class listening to Chris Rock and Eddie Murphy.”

But while comedy was always an interest of Mathur’s, he did not start performing until he was an undergraduate at Rutgers University.

“I never thought of performing until my sophomore year of college when I decided to start my own talk show,” Mathur confessed.

“This led to me producing sketches, which led me to where I am now.”

Where he is now is significant.  He is being the creator and host of “What Makes You Click”—a show that spotlights emerging actors, comedians, screenwriters and the like.

So far, he has had some popular guests including Kenan Thompson, Sean Patton, Corrine Fisher, and even several of the screenwriters of the hit movie Birdman.

Mathur’s journey into podcasting has progressed quickly and is far removed from the path an economics degree from Rutgers would generally take one. It turns out that traditional degree has its advantages.

“By sophomore year I started to understand the structure of media. At the time, there was very little understanding and analyzing of data to create content and aid traffic niche audiences,” he said.

“Now, as we progress into the future, we’ve begun utilizing data such as Netflix to target content to consumers,” Mathur explained.

“Furthermore, being an economics and mathematics major, I have a developed an understanding of utilizing data. This has helped me align content to ideal consumers while producing content that will ensure a powerful connection to the consumer.”

In his podcasts, Rishi aims to answer certain questions about the comedians he features, including pinpointing the thing that inspires each of them, their main driving force and their plans for the future. 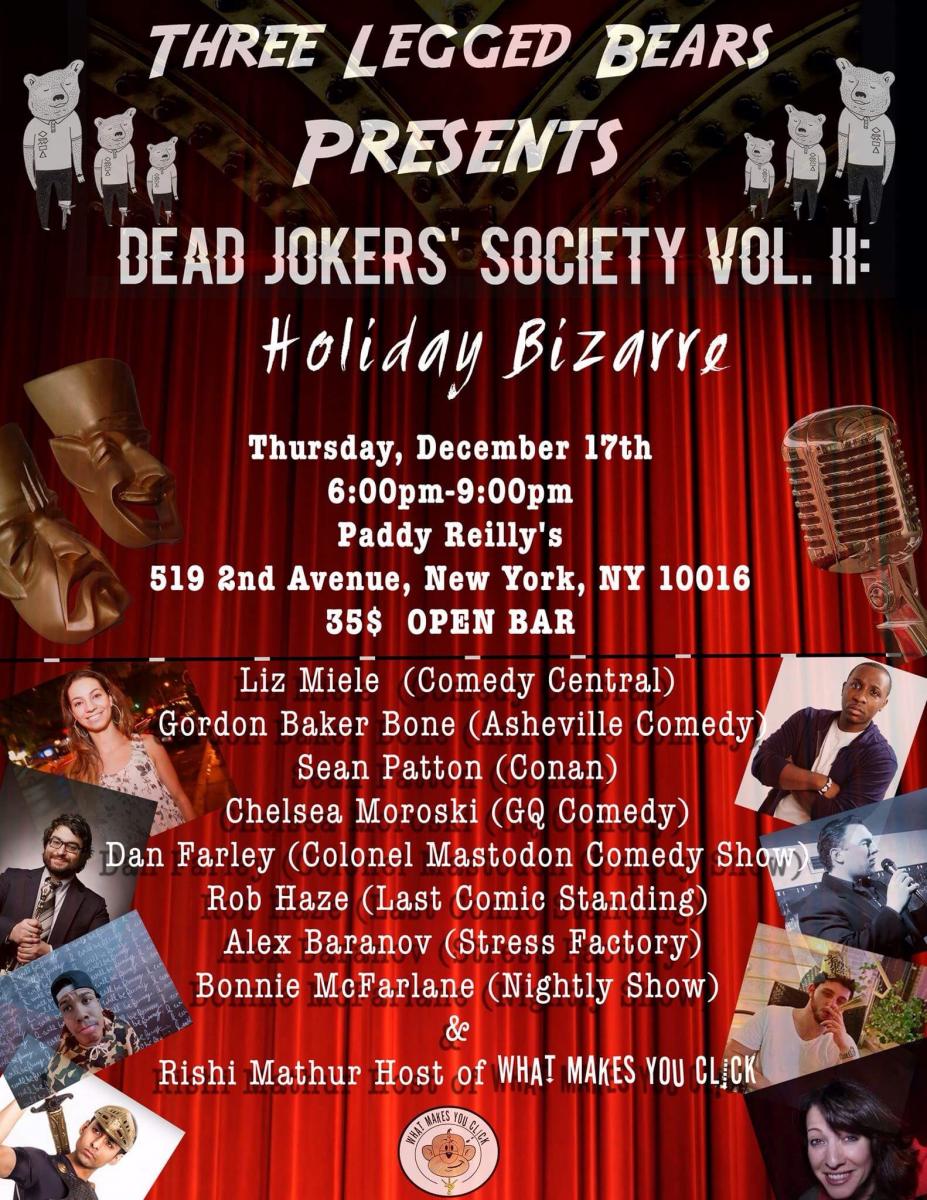 In addition to his podcast, Mathur also started his own comedy show called, “Three Legged Bears.”

Each installment of the live show will focus on a different theme.

The show will feature local comics Dan Farley and Gordon Baker-Bone as well as nationally touring heavyweights such as Liz Miele, Sean Patton and Bonnie McFarlane.

The event has all the makings of a successful show and is an opportunity for Rishi Mathur to expand his comedic skill set which has been honed right here in the Hub City.