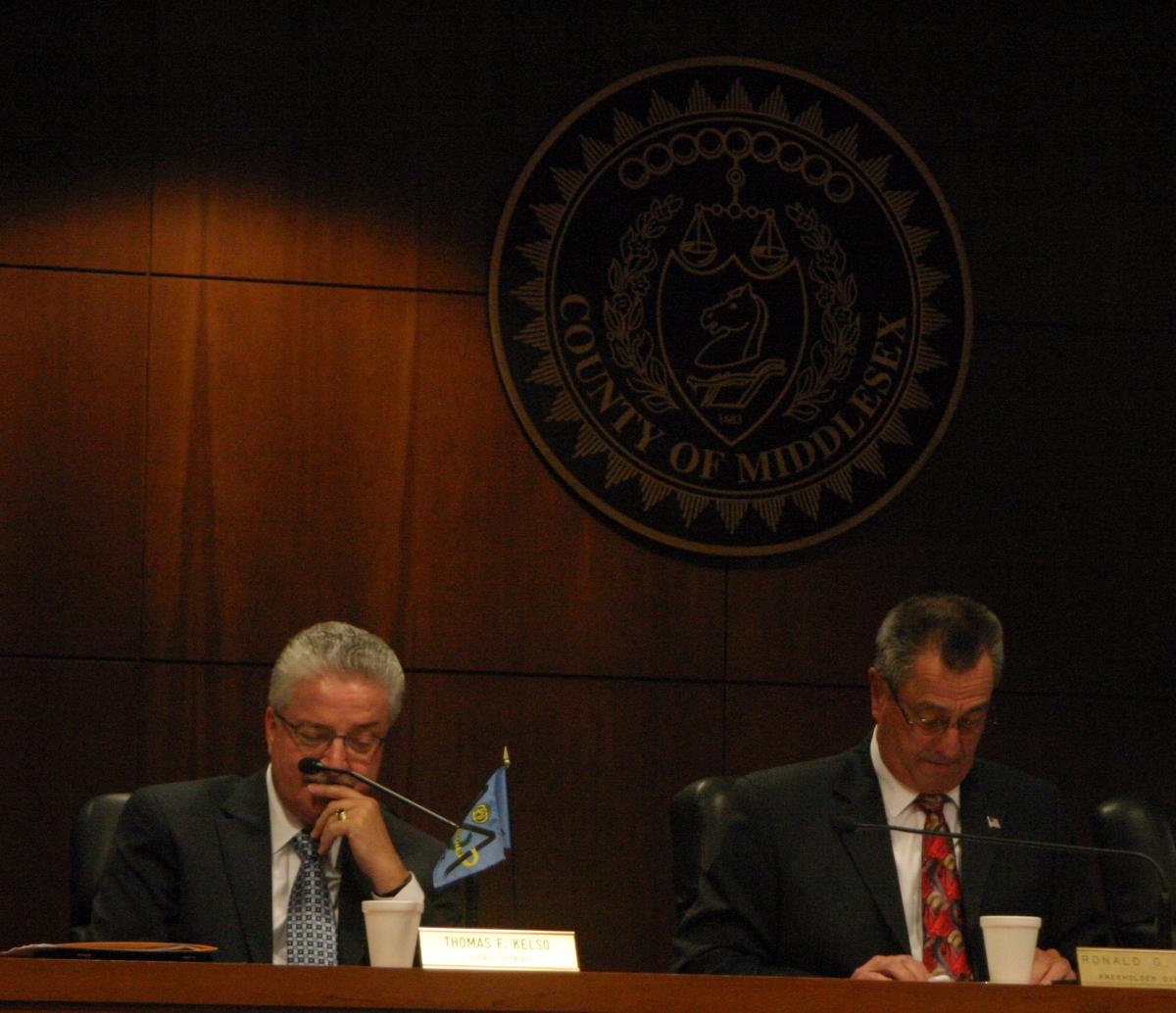 NEW BRUNSWICK, NJ–Middlesex County's government plans to spend $18 million in the next five years on three arts projects, including one that could drastically transform the New Brunswick's theatre district.

The plan calls for the demolition and replacement of two of city's three major theatres, the Crossroads Theatre and the George Street Playhouse.

"We're looking at a new performing arts center that will help us deliver the arts better to the region," said New Brunswick Mayor James Cahill at a Chamber of Commerce event on October 13.

While the new plan is reminiscent of a proposal that was first floated nearly a decade ago, but never gained traction, the plan for a highrise "Performing Arts Center" is now being revived, thanks in part to a new source of funding: county taxpayers.

The funds are being allocated through the county's new "arts trust fund," which currently has $10 million.  The program's rules require grantees to at least match the amount given by the county.

Without giving many specifics, Middlesex County Freeholder Director Ronald Rios announced in his "2015 State of the County Address," that the "New Brunswick Cultural Arts Center" was one of three arts projects that would receive $6 million from the trust fund.

It wasn't clear from Rios' scripted remarks that either of the two theatres would be demolished:

"It's the same concept but it's a different plan as of now, because of looking at the current circumstances," said Kelso, who indicated the new proposal was made "through Mayor Cahill."

Under questioning from New Brunswick Today, Rios did not appear to understand that the theatres would be demolished: "The George Street Playhouse made an application, so there will be program enhancements there.  At this time, I think it's up in the development stages at this point and I don't exactly have everything in front of me now."

Rios said that the George Street Playhouse made a presentation to the Freeholder board about two months earlier "on the different things they want to do there."

"They want to expand and–I can't remember off the top of my head–I can probably get you a copy of that presentation that they made," Rios said.

"But it would be within the existing structure of the Playhouse?" asked New Brunswick Today.

"It'll be right in that same district there," Rios responded, before Kelso jumped in.

"Actually, the intention is to develop a new facility, to replace the existing George Street Playhouse and Crossroads Theatre with a new state-of-the-art facility with at least one new theatre, perhaps two separate theatre spaces, as well as black box rehearsal space," Kelso clarified.

"It would be a project that would involve more than just the arts as well.  There may be potentially a residential component to it," said Kelso, something Cahill also mentioned in his remarks the following week.

A spokesperson for the county government said that Rios informed each of the county's 25 mayors about the funding opportunities, and that the county received only three written proposals for capital projects.

The other two projects approved for $6 million in matching funds are the revitalization of the Ritz Theatre in Rios' hometown of Carteret, and an "Arts Center" on the contaminated former site of General Dynamics in the Avenel section of Woodbridge.

"I'm in no position to give you a quote on it," said Rick Engler, a new spokesperson for the theatre.  "You can try me back in a few months.  Maybe I'll know more then."

On the other hand, GSP's neighbor, the Crossroads Theatre, says they are optimistic about the plans.

"Crossroads Theatre Company has been in New Brunswick for nearly 40 years, and we look forward to remaining an important part of the New Brunswick arts community for many years to come," said Marshall Jones III, the producing artisitc director for Crossroads.

"I’m optimistic that this will be a great opportunity for us and other arts organizations in the city to continue doing what we do best in a new arts center that meets the needs of our audiences and artists," said Jones.