NEW BRUNSWICK, NJ—The city’s rank-and-file police and superior officers will be getting annual raises  through the year 2021 under a four-year contract extension approved 5-0 by the City Council on October 7.

Mayor James Cahill is expected to sign off on the Memorandum of Understanding (MOU) with the New Brunswick Police Benevolent Association (PBA) 23 and 23A, which will continue the existing pattern of annual raises.

For reasons that were not explained, the City Council voted for a resolution, R-101546, approving the contract extension, rather than an ordinance, like the one they approved in 2014 when the original deal was struck.

This year, officers in both unions got a raise of 2.0%, meaning that for the first time some non-superior officers will make six-figure salaries.

In 2016, all officers are already scheduled to receive a raise of 1.5%, and the new extension ensures alternating annual raises of 2.0% and 1.5% for another five years after that.

“In addition, the PBA is going to accept a major change in the prescription benefit that we offer them,” said Business Adminsitrator Thomas Loughlin III.  “That is going to save the city $23,000 in November and December of this year, and it will save us $137,000 a year in every year after.”

The contract and the new extension call for the following schedule of wage increases:

Under the new deal, Captains’ salaries will go up from the current rate of $146,663 to $162, 749 in the final year of the contract.  The city currently has four Captains.

The department’s eleven Lieutenants stand to see their salaries increased from $129,923 to $144,195 over the same period.

The last four-year deal, covering 2014-2017, was reached around the same time the NBPD was trying to solve the high-profile murder of a former Rutgers student, and fighting against a public records lawsuit filed by the author of this article seeking secret jurisdiction maps.

That deal also came six days before Mayor Cahill announced he was seeking an unprecedented seventh term as Mayor.  No one ran against him and the current term expires at the end of 2018. 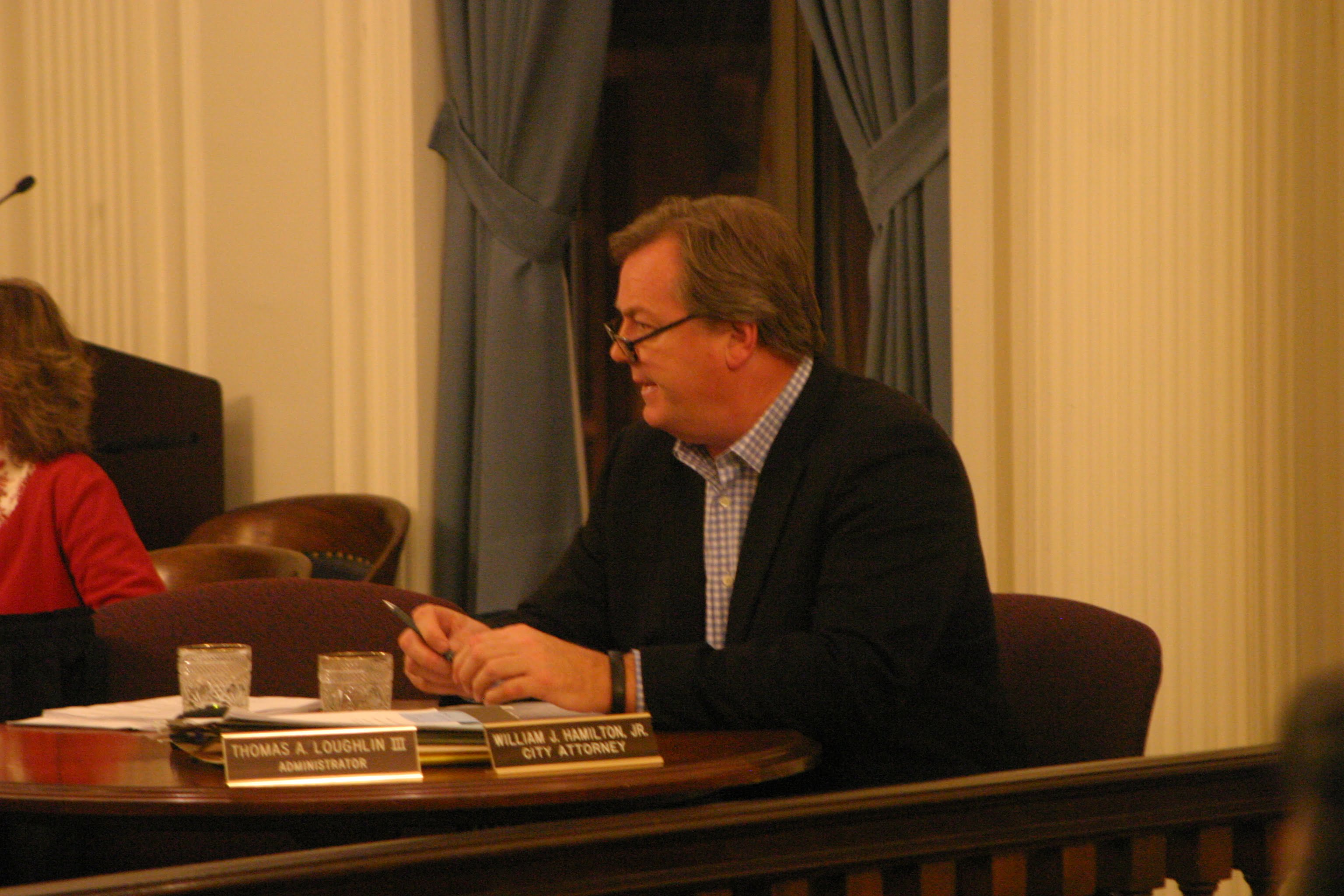 Loughlin, the city’s highest-paid employee, said that “management was recieving an inferior raise compared to the PBA,” specifically 1.5%.

Loughlin said management would get special paychecks this month because their raise was retroactive to July 1.

Asked if other unions that work with the city can expect similar raises, Loughlin said it would be “wrong” for him to specualte about that.

“Everyone has different contracts.  Everyone accepts different issues,” said Loughlin.  “The other unions may be pressing for some change in their contract in some other area, but we have been consistent about the desire to get the prescription changes done for every union.”

Loughlin said contract extensions for the other two major city employee unions were currently being negotiated.

“Management has already accepted these changes. We’re negotitating the same type of [concessions] with the MEA [Municipal Employees Association] and… the FMBA [Firemans Benevolent Assocation].”

Under the new agreement, the PBA is also going to agree to “contributing to their health benefits in accordance with Chapter 78, even if Chapter 78 is repealed,” Loughlin said.

NBPD recruits will also be paid significantly less during their time in the police academy, crystalizing a contract amendment that was approved earlier this year, making it cheaper for the city to hire 15 officers in 2015.

“We’re also eliminating the pay for recruits while they’re in the academy,” said Loughlin, who added police in training will be paid minimum wage.

Council President Kevin Egan chimed in, speculating as to why the recruits would be paid minimum wage during their time in the academy.

“And this is because recruits start out and don’t finish, or whatever?” Egan asked.

“Actually it was an offer by the PBA to make it easier for us to replace officers,” Loughlin responded.

As of August 25, after the new hirings, the NBPD force included 141 sworn officers.

Loughlin also said there was a “re-opener” clause in the agreement, which could allow for renegotiation in relation to a tax on high-end health plans.

“And there’s a re-opener that’s been negotiated specifically for the Cadillac tax in 2018, should that still be a viable tax,” Loughlin added.

“The Cadillac tax is… part of the Affordable Care Act, which is going to tax health benefit plans that the federal government deems as being too rich.”