“I believe they were impacted and the other municipal offices in that space were impacted,” said Polos at the October 8 Board meeting.

“We had court up until the outage,” Milligan told New Brunswick Today.

“Municipal court was recessed and convened again when the power was back on,” said Robert Rawls, the city’s Emergency Management Coordinator, the following day at a City Council meeting. 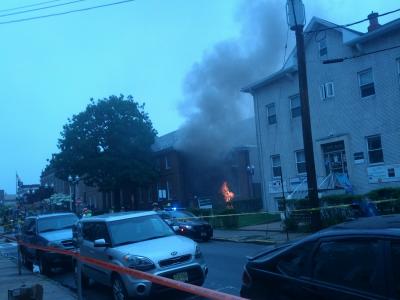 The building is managed by KMS Development Partners, one of the Philadelphia-based “Keating” companies.  It was built by the New Brunswick Development Corporation (DEVCO) in 2000.

“The emergency generator came on as it should and [PSE&G] came out and did repair,” Paladino said.

Meanwhile, a spokesperson for the New Brunswick Police Department (NBPD), which is also headquartered in the building, also downplayed the issue, saying NBPD was “not adversely affected” by the outage.

But it was lights out for the offices of the MCPO, and the city’s Muncipal Court, as well as its Health Department, Inspections Division, Planning Department, Engineering Department and Fire Safety Divisions.

James O’Neill, a spokesperson for the MCPO, did not respond to multiple requests for comments about the incident.

“Most of the problems that exist outside the facility which would be owned by the utility companies, and obviously we’ve expressed our concerns to them to address them, which they have,” Pulomena said in response to New Brunswick Today’s questions at the October 8 meeting.

“But obviously we want to make sure that we could deal with backup capabilities to make sure when power does go down, we’re covered.”

“An outage did occur, I do not have information regarding the specific problem behind it,” said city spokesperson Jennifer Bradshaw.

“Keating may be able to give you more information,” Bradshaw continued referring to the private company the county hired to manage its facilities at 25 Kirkpatrick Street and 75 Bayard Street.

During a City Council meeting, Assistant City Engineer Thomas Valenti confirmed the city’s Engineering Department was affected by the outage for an hour and a half.

“We’re not on the emergency circuits,” said Valenti.