Desta Ethiopian: A Slice of Addis Ababa on Albany Street

NEW BRUNSWICK, NJ—Before I get into how fantastic Desta Ethiopian Restaurant is, and it is fantastic, I want to preface by stating that I have never been able to ‘get into’ Ethiopian cuisine – it just wasn’t my thing.

I have dined at a number of Ethiopian establishments, over a number of years, and nothing I have ever tried before has come close to the remarkable dishes I was served on a Friday night at Desta.

The best phrase to illustrate the experience you will have when you visit Desta is homestyle.

In an age where chefs go to great lengths to make dining an artisanal occasion, Chef Lemlemayehu’s sincere simplicity makes you feel as if she genuinely invited you over for dinner.

The food at Desta is so comforting.  Even if it is your first experience with Ethiopian cuisine, you will feel at home.

“Most people say the food does not look like it’s from a restaurant, it looks as though you were invited to an Ethiopian house for a holiday,” Lemlemayehu says of the feedback she has gotten from her guests. 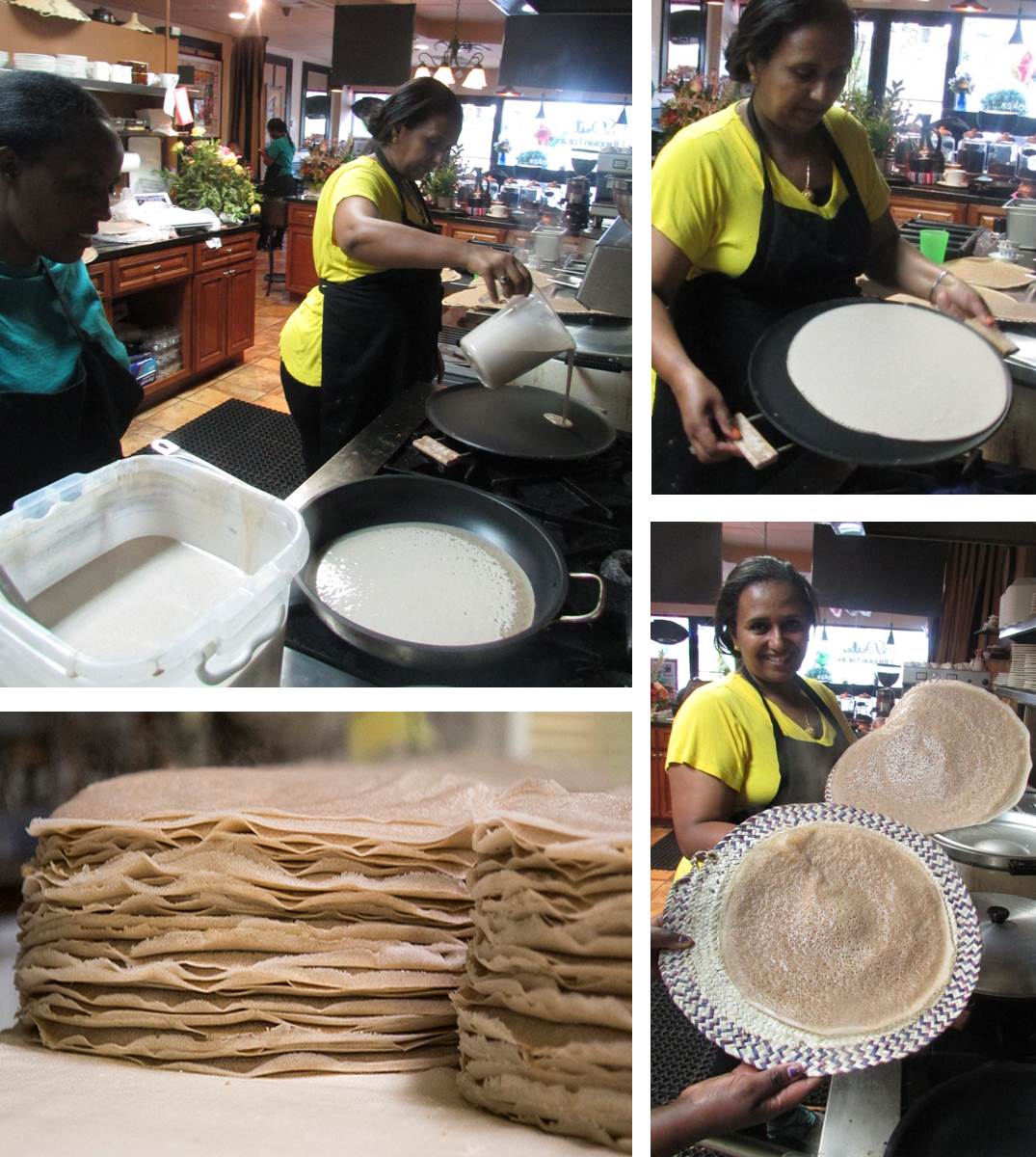 On my first visit to Desta, I put my dinner selection in the hands of my server. What he put together was everything that I didn’t know I absolutely wanted for dinner.

A large platter was placed before me, lined with injera, the signature sponge-textured, sourdough flat bread that is a staple in Ethiopian cuisine.

Atop the injera was a colorful assortment of carrots, gold potatoes, string beans and tomatoes; a small pile of deep red lentils; and two skinless chicken drumsticks dressed in thick red gravy with a single, whole, hardboiled egg.

I began with the chicken, called doro wot. The red gravy is a sauce made of onions, garlic, ginger and berberē, a mix of ground chili peppers, herbs and spices.

Nit’ir qibe – spiced clarified butter – is also listed a component in this dish, contributing greatly to the buttery richness of the chicken.

The acidity of the injera balanced very well this dish, confirming why this is a popular entrée. As Lemlemayehu’s 12-year-old son Matthew put it, “Doro wot is the caviar of Ethiopian food.”

Dinich alicha and misir wot are the names of the mixed vegetable and red lentil sides that complemented the doro wot.

Thick slices of carrots and cubes of potatoes are simmered in garlic, ginger and spices to a toothsome tenderness, adorned with tomatoes and green beans.

The spilt red lentils get the stewed treatment in a spicier version of berberē sauce.

My dining companion, already familiar with Desta, knew her way around the menu.

I am sad to report that I did not get to try her dish of chicken awaze tibs, as she completely devoured her entrée before my fork made its way over to her plate.

I say this as both a compliment to Lemlemayehu’s cooking and to my friend’s excellent choice.

I did fortunately manage to taste one forkful of gomen from my companion’s plate.

Gomen is a braised mixture of kale, collards, and spinach. The combination of these super-greens with garlic and onions is hearty and savory, with the right amount of bitterness.

We skipped the dessert menu on the Friday night visit, which is a delightful remnant from the space’s creperie past. But I returned two days later for a dessert crepe and a coffee service like no other in town.

Dressed in traditional Ethiopian attire, Lemlemayehu prepared a classic Ethiopian coffee ceremony, available anytime for up to groups of five.

The ceremony begins with the roasting of green coffee beans.

Once they have reached the deepest of espresso brown, the beans are then presented to the guests for aromatic sampling.

The beans are then ground and the coffee brewed. A short table on a straw mat is set with a tray of small ceramic cups.

In front of the table a vessel for burning incense is placed, alongside a basket of freshly popped corn.

The coffee is poured by our host, and may be enjoyed to the guest’s preference. I drank it black and unsweetened to fully appreciate the boldness of its surprisingly smooth flavor.

Authenticity is clearly an important element at Desta. Lemlemayehu commands the grill, as anyone can see from their open kitchen design.

She cooks with spices imported directly from Ethiopia, which she roasts, grinds, and blends herself. Her injera is prepared throughout the day using a batter of teff flour and buckwheat.

With the same ease that she plates piping hot awaze tibs, Lemlemayehu often delivers the entrées directly to her guests, accompanied by a warm smile and a gentle touch on the shoulder.

It leaves no question as to why her staff is so friendly, welcoming, and knowledgeable. Although there is no liquor license at Desta, beer and wine are BYOB, and there is no corkage or service fee.