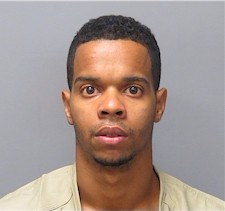 According to a Somerset County Prosecutor's Office (SCPO) press release, the tipster told authorities that, "on October 8… a parcel containing [a controlled dangerous substance] would be delivered to a North Dover Avenue residence in Franklin Township."

Authorities had already asked for the opinion of a trained narcotics-sniffing dog named "Apex," and gotten a positive result.

Another defendant, 27-year-old Victor M. Santana-Ricardo allegedly told the postal officer to leave the packages on the front steps of the home, saying that he was Rodriguez's husband.

"Defendant Matos-Santiago immediately left the area in a black Acura TSX… and returned in the Acura after circling the block in the vehicle," reads the SCPO press release.

"After retrieving the packages and placing them in the rear seat area of the vehicle defendant Matos-Santiago left the area via Dover Avenue towards Hamilton Street at a high rate of speed."

"Task Force Detectives attempted to conduct a motor vehicle stop at which time Matos-Santiago attempted to elude them while making evasive maneuvers with his vehicle," the release continues.  "After he struck a police vehicle on Park Street detectives placed him under arrest."

Detectives obtained a "Superior Court Search Warrant" for the vehicle and seized the two packages, which they say contained 5 kilograms of cocaine.