In total, nine people were arrested and a tenth suspect remains at large, according to a statement from the Middlesex County Prosecutor’s Office (MCPO).

However, the MCPO statement said that only four of the suspects were “Rutgers students” and did not mention that any were student-athletes.

The nine men and one woman face a slew of charges in connection with planning and executing multiple armed home invasion robberies, violently attacking someone on the street without provocation, and both stealing and dealing marijuana.

“Victims, who also were members of the student body, were targeted for their drugs and cash,” according to the portion of the release about the home invasions.

With the exception of a failed home invasion attempt in a dormitory, all of the crimes occurred in the student-dominated Sixth Ward of New Brunswick, where thousands of Rutgers students are living on their own for the first time.

In response, Rutgers University announced that the five players were “suspended indefinitely,” leaving the team with a badly depleted defensive backfield. 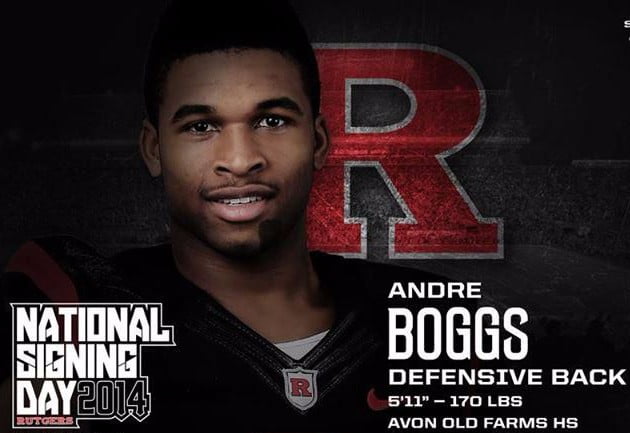 Andre Boggs, a 20-year-old resident of Coatesville, Pennsylvania who plays cornerback for the team, has been charged with multiple home invasions that occured in April and May of this year.

In the three incidents, the two men face charges of robbery, burglary while armed, and conspiracy to commit an armed robbery, and Johnson, a former Rutgers football player, was also charged with “criminal restraint, theft, and possession of a weapon for an unlawful purpose.”

The first two home invasions occurred on April 26 and 27, on Prosper Street and Hartwell Street respectively, according to the statement.

In the first incident, three masked men forced their way into the home and stole “an undisclosed amount of cash and marijuana from five students at gunpoint.”

The next day, two men allegedly broke into a home a few blocks away, armed with a bat and a knife, and robbed a student of “approximately $900 and an undisclosed amount of marijuana.”

A third attempt to rob students–this time in an on-campus dormitory in Piscataway–ended with the students “closing and locking the door to their room as Johnson and Boggs attempted to force their way in.”

A plainclothes police officer and an unmarked police car were seen on September 3 in the vicinity of 185 Hamilton Street, where detectives allegedly found and seized a little more than three ounces of marijuana, a stun gun, and $35,273 that the MCPO press release says “was raised in illicit drug transactions.”

On August 29, prosecutors charged Chen with possession of a controlled dangerous substance, possession with intent to distribute, and possession of the stun gun.

Johnson was also allegedly one of six men, including four current football players, responsible for an unprovoked assault that resulted in a 19-year-old Rutgers student suffering a broken jaw on April 25, the day before the first home invasion.

The six men now face charges of aggravated assault, riot, and conspiracy to commit a riot in the incident, which took place on Delafield Street.

In addition to Johnson, the suspects include 20-year-old Nadir Barnwell, 22-year-old Ruhann Peele, both of Piscataway, 20-year-old Rahzonn Gross, 20, of Franklin Park, and Delon Stephenson, 22. 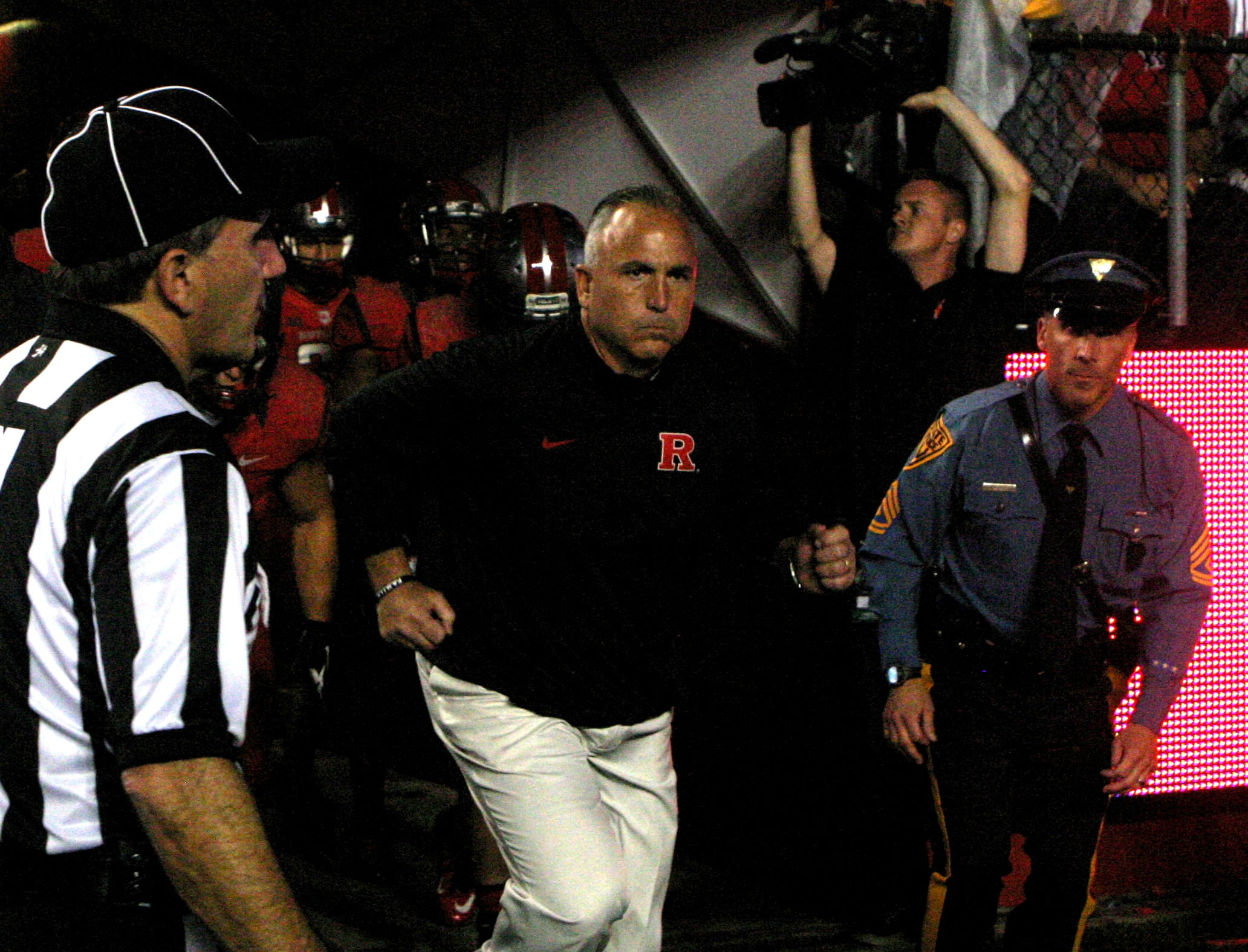 The status of Barnwell, arguably Rutgers’ top cornerback, was already in question.

He is the player at the center of the ongoing controversy involving head coach Kyle Flood, who is currently being investigated for directly contacting one of Barnwell’s teachers about his grades.

Barnwell was deemed ineligible to play last spring, and had already been ruled out for Saturday’s season opener against Norfolk State with an upper body injury.

On August 25, Rutgers confirmed reports that they were investigating Flood for a potential violation of university policy, after he allegedly sent an e-mail to one of Barnwell’s teachers, a part-time lecturer.

University policy dictates coaches have no direct contact with their players’ professors. Instead, that communication is to be handled by the academic support staff.

Sources told NJ.com that the academic support staff had advised Flood not to contact the faculty member.

If Flood is revealed to have been in violation of the University’s compliance policy, he could face a public reprimand, a suspension or even a termination of his contract.

Later on the same day, Rutgers announced that five football players would be suspended for the first half of Saturday’s season opener as punishment for violating the team’s curfew.

Boggs and Peele were listed as starters at cornerback for the first game, though Peele was already suspended for the first half of Saturday’s game for the curfew violation.

Stephenson was listed as the starting free safety on the official depth chart, but junior Anthony Cioffi is expected to take over following Stephenson’s suspension.

Gross was listed as a backup fullback on the depth chart.

Stephenson’s brother, 23-year-old Daryl Stephenson, “remains at large” and has not yet been arrested. Daryl Stephenson spent the past four seasons with the Rutgers football program before leaving the team in February.