NEW BRUNSWICK, NJ – Commuters, Rutgers students and residents in have found themselves subject to massive tie-ups on George Street as a result of a recently constructed pedestrian-favored traffic light known as a HAWK signal.

Rather than the vertical green-yellow-red light that most motorists are accustomed to, the the High-intensity Activated crossWalk (HAWK) signal features two red lights placed horizontally above a single yellow light.

Generally, they are put up in areas with high concentrations of pedestrian and cyclist traffic, and as a result, they are often found in places lacking a 4-way intersection.

Middlesex County put up the HAWK signal on the crosswalk by the Rutgers Student Activities Center (SAC), and it has been the source of traffic which is mainly concentrated on George Street between Albany and Huntington Streets.

The HAWK signal light was constructed as part of the ambitious multi-million dollar New Brunswick bike plan, led by Middlesex County, the City of New Brunswick, the New Jersey Department of Transportation (NJDOT) and the federal government.

The concept of a crosstown bike lane for the city had been discussed for decades, but it was only in recent years that transportation officials were able to move forward with the plan.

Having officially started in February 2014, cost projections for the project are estimated to be run $6.5 and $7 million. Bike lanes across the city will be at least five feet wide and go in both directions.

“It is essentially designed to improve the connectivity of the Rutgers campuses,” Anthony Gambilonghi, the Supervising Planner for County Planning Committee said. 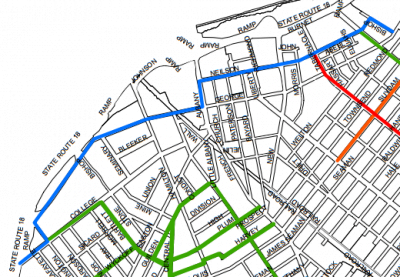 Once completed, the bike lane will run from Rutgers Douglass campus to Buccleuch Park. The bike lane will head down George Street, where it will eventually split in half. One of the paths will go north towards the train station on Easton Avenue.

The other path, which already heads through George Street, will continue down that road towards the College Ave Campus, turn left onto Huntington Avenue and then right onto College Avenue, ending at Lafayette Street near Buccleuch Park.

Officials say the changes were made in part because the original signal was nearly 30 years old.

“The original Pedestrian Signal was installed in 1986 based on a Plan developed by Rutgers under an agreement between Rutgers, NJDOT & County,” Middlesex County Engineer Richard Wallner wrote in an email, “The pedestrian signal was upgraded to current standards.”

HAWK signals are fairly recent inventions, having only been introduced as an alternative to regular traffic lights in the 1990’s. Even back then, they were mainly in the experimental phases, with cities like Tuscon, Arizona being the testing ground for the lights.

Numerous studies, such as one in 2007 by Kansas State University and another in 2010 by the Federal Highway Administration(FTA) suggest that the use of HAWK signals over regular traffic lights dramatically reduce the rate of pedestrian accidents and fatalities.

George Stret, which is owned and operated by Middlesex County, is an artery for residents, commuters, Rutgers students and many Rutgers and NJ Transit buses having to pass through the College Ave. Campus.

The street also has one of the only access points for Route 18 north, with the nearest entrance being the New Street ramp in Downtown New Brunswick. In addition, the area has one of the last exits a driver going north could have before having to cross the Raritan River.

Unlike the majority of traffic lights which go through a computerized, automatic cycle through the three phases, a pedestrian or cyclist can automatically activate the light change by pressing the cross button.

Drivers during peak hours should expect higher volumes of traffic, given the higher concentration of pedestrians using the crosswalk and its HAWK signal.

Confusion was ensued on the part of drivers and pedestrians over how to proceed through the intersection.

“New Brunswick and the Rutgers campuses have too many dangerous roadways, they need to be re-engineered. Modern cities can show the way,” one student told New Brunswick Today.

Middlesex County Engineer Richard Wallner, in response to inquiries on if the county would do more to educate road users, cited a document known as the “Manual on Uniform Traffic Control Devices; Operation of Pedestrian Hybrid Beacons.”

This manual in particular comes from the Federal Highway Administrations’ regulations on HAWK sign.

George Ververides, director of the Middlesex County Office of Planning, did not offer much information on how the County will handle the traffic, except for adding the possibility of changing the phases and timing for the signals that motorists. 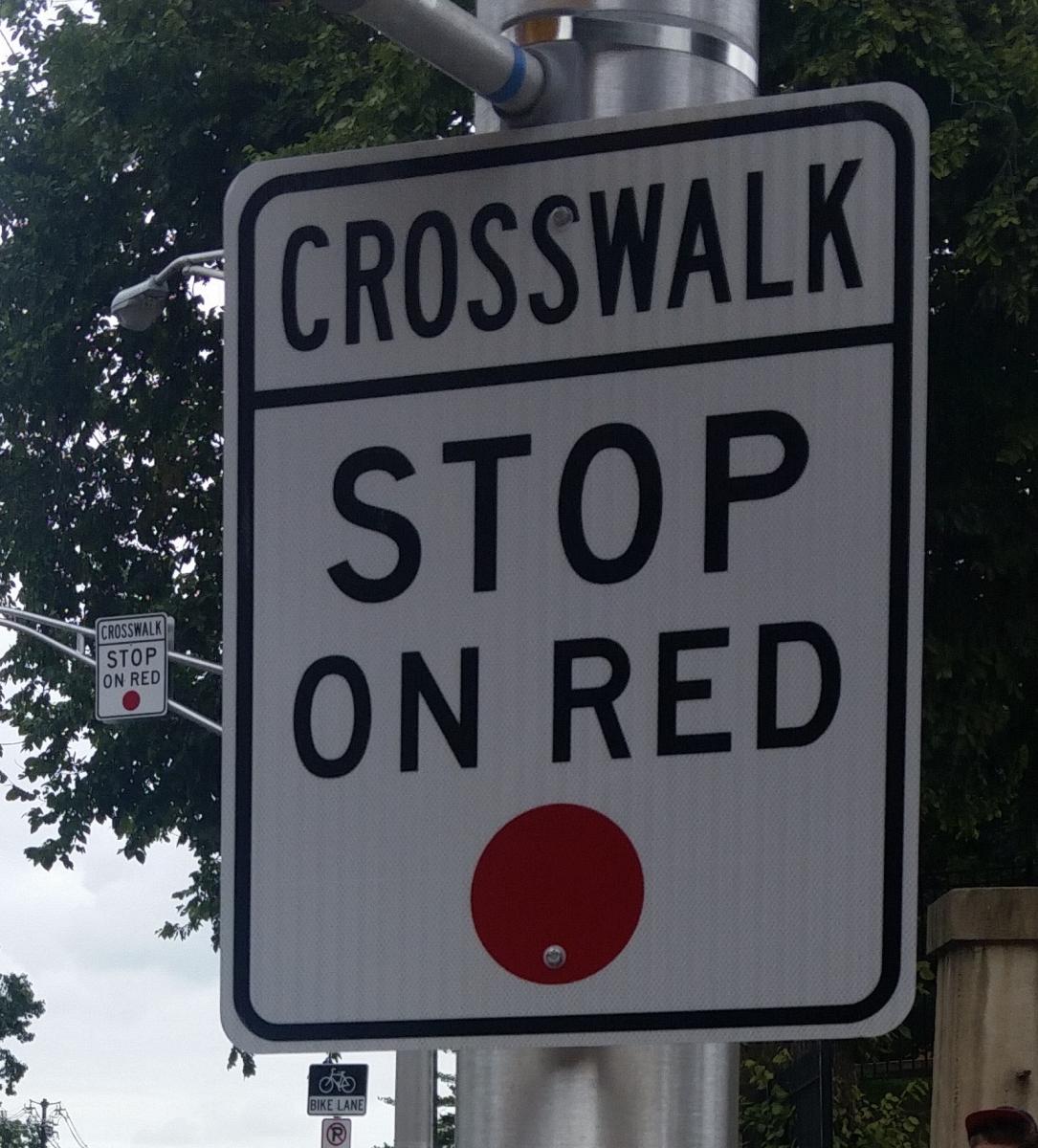 “I think they’ve got to understand what the control instrument is there for oblige to it,” Ververides added while fielding questions on how exactly Middlesex County would take such an approach.

He said the possibility of a sign, which shows instructions for motorists using the light, could “possibly help.”

“But it’s up to the individual that’s going through the intersection,” Ververides added, “Our motorists have got to adhere to the signage, our pedestrians and our bicyclists have to adhere to whatever signage is out there”

So far, the only sign put up at the new light that would give any indication of how motorists should proceed is one that reads “stop on red.” Many HAWKS signals also have signs reading “stop on flashing red then proceed if clear.”

Wallner, like his counterpart in the Office of Planning, stopped shorted of indicatng a particular plan of action that the county can or might not take, beyond a minor “timing revision.”