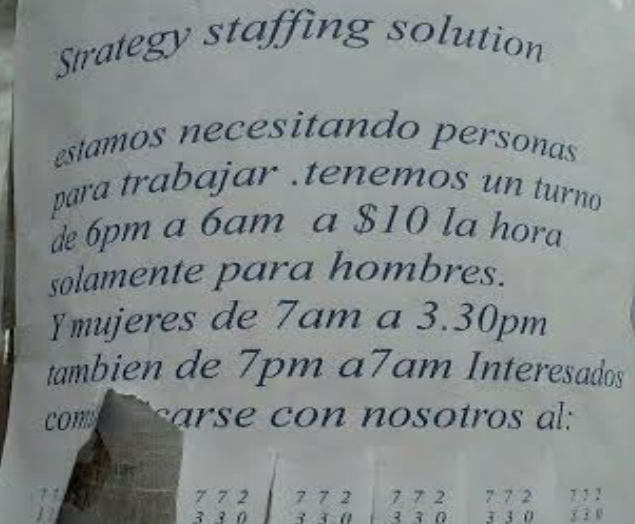 NEW BRUNSWICK, NJ—A new report produced by New Labor, a non-profit workers' rights organization, in partnership with the Center for Women and Work at Rutgers University, has revealed vast deficiences in the treatment of temporary workers in New Jersey.

The findings contained in the report, titled "Controlled Chaos," were gathered in 2014 from focus groups of "perma-temp" warehouse workers in New Jersey.

Cutting corners becomes the main mode of conducting business when workers do not have protections form exploitation.  While this issue is prominent in New Brunswick, there are also rising concerns across New Jersey's other "temp towns" like Perth Amboy, Elizabeth and Newark.

Jobs offered by these agencies are often separated as "men's" and "women’s" jobs, there is no specified reason for this, other than the apparent vast pay difference.

They are not even compensated for the effort they made simply to show up,  jeopardizing these workers' work/family balance.  According to the report, this practice could lead to a spiral into poverty or at the very least an added stress on the oppressed female temp workers. Kimmel said that New Labor is working to organize a screening of the documentary "A Day’s Work," in November. Finally, New Labor is asking the agencies to sign a "Responsible Employer Pact" with the organization to ensure all employees are treated with fair consideration and equal opportunity.