NEW BRUNSWICK, NJ–Still at the soft opening stage, The Dillinger Room, located at 338 George Street, is poised to be a New Brunswick staple.

After an eight month renovation the 105-year-old space, which was previously occupied for 19 years by Makeda Ethiopian Restaurant, is completely unrecognizable.

The polished concrete floors give the seamless effect of an enormous slab of cat-eye marble.

The structural iron columns were sanded down and treated with an oxidizing acid to achieve the look of rusting pipes; and the entire north facing wall is cleanly finished with colonial ivory thin brick.

The industrial aesthetic is warmed up with custom wooden tables, actually built by the owner with the help of friends.

Cerulean upholstered chairs and banquettes adds pops of color throughout the room, while the copper barware ties in elegance.

The interior design and details are the brainchild of owner operator Michael Simko. At first glance you would never guess that this is Simko’s first restaurant. But alas, he is not a novice nor is his team – Bar Director Will Pasternak has spent considerable time working with both Clydz and Soho on George.

Simko and his hearty managing crew all hail from Middlesex County, and have ties to the community in which they work and reside.

Each member of the management level team lives within walking distance of The Dillinger Room – also affectionately referred to as TDR.

The company has already begun displaying its civic commitment. TDR donated ten percent of the total sales from last week’s ‘Friends & Family’ event to the food pantry at the Bayard Street Presbyterian Church.

This is the first of many plans for ongoing community outreach. 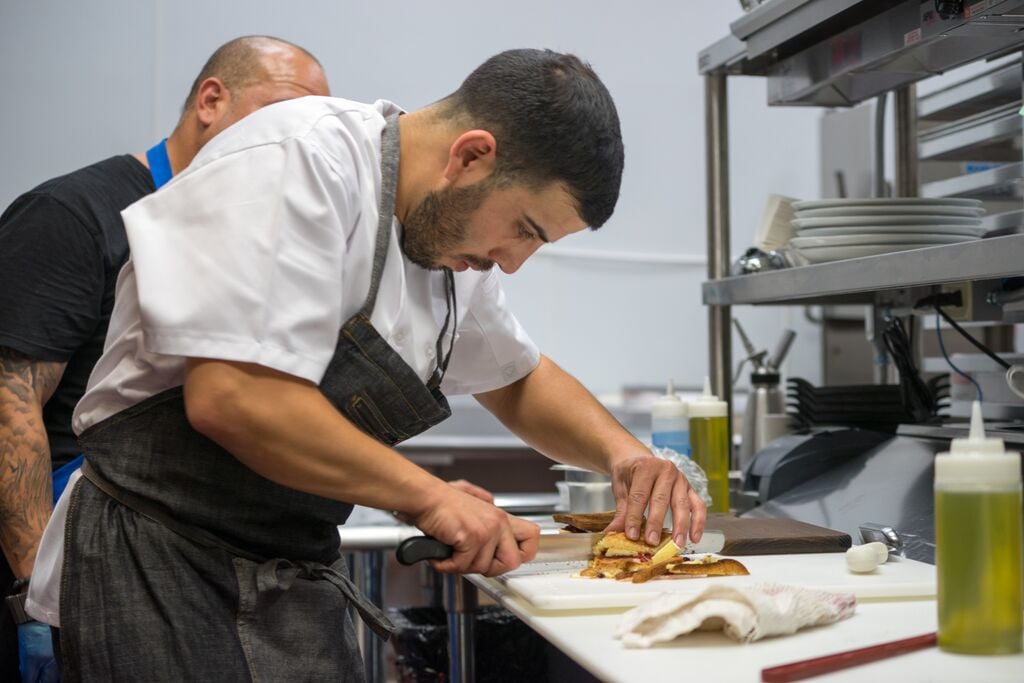 Raised in North Brunswick, chef Brandon Rodriguez brings his experience from Stage Left, located around the corner from TDR, as well as restaurants with names like Rats and  Jean George. 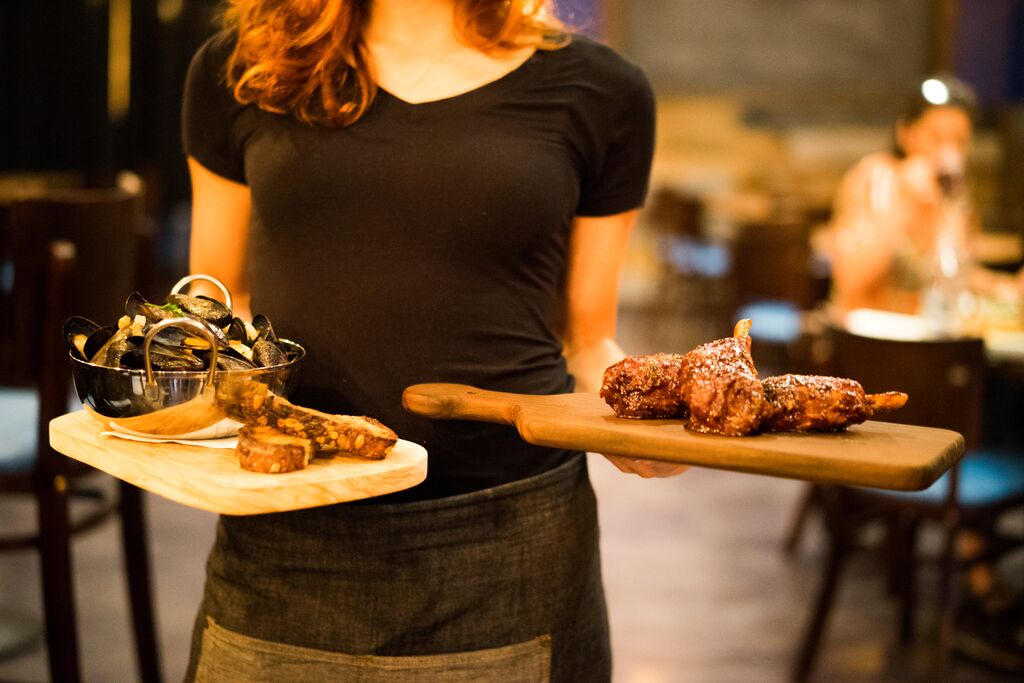 His approach to fried chicken drum sticks entails Frenching – a technique that calls for stripping the meat away from the narrow part of the leg, pushing it toward the meatier end and leaving behind a clean exposed bone.

He then encrusts the chicken in ground pink lentils, before deep frying it to a golden perfection.

The ribs are given the same French butcher treatment.

The meat is smoked to a toothsome tenderness detaching from the bone with the slightest tug, in the same manner of shedding a loosely tied bikini. Scallops are local, seared and topped with a bacon jam that deserves a U.S. Patent.

There is an emphasis on local sourcing, with ingredients coming from Suydam Farms and the Tri-County Cooperative.

Purposefully absent of entrees, the food line-up consists mainly of sharing-encouraged small plates and “Sammiches,” such as turkey, brie, and cranberry relish on freshly baked bread. My personal favorite libation requires a partner and an extra straw. The Escape, a.k.a. the pineapple drink, is fabulously served in a copper pineapple goblet and is a smooth blend of Absolute Elyx, coconut puree, and pineapple and pomegranate soda.

There are a fair number of wines to choose from, as well as bottled and canned beers. The drafts are reserved only for Jersey-based brews such as Demented Brewery and Cricket Hill.

The 120-seat establishment offers a private dining area, and is currently open Monday through Saturday from 4 PM until 2 AM.

The official grand opening will take place on October 1.

Saturday lunch and Sunday brunch will begin on October 10 and 11. Expanding TDR’s hours is Simko’s next order of business, and he expects the establishment to begin serving weekday lunch.