NEW BRUNSWICK, NJ—A Rutgers employee who was behaving as if he were a bodyguard for University President Robert Barchi was identified as the suspect in an assault investigation, launched by university police after a formal complaint from this reporter.

Patrick Melillo, a 27-year-old “Director” for the President’s Office at Rutgers, was interviewed by the Rutgers Unviersity Police Department (RUPD) regarding the March 26 incident, where Melillo got physical with this reporter after a “Town Hall” meeting where Barchi made a rare public appearance. 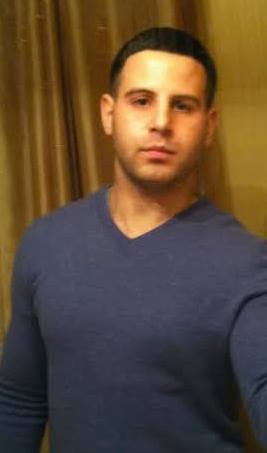 Melillo was apparently the “mystery man” who forearm-checked this reporter and held him down against a piece of furniture in the Student Activities Center.

This reporter was trying to ask Barchi a question about a private business deal that netted the University President more than half a million dollars.

But Melillo physically interjected himself into the conversation, using his forearm to push this reporter out of the way as Barchi escaped from the public meeting.

According to his LinkedIn page, Melillo has previously worked for Rutgers as a “Program Coordinator” and a “Senior Executive Associate.”

Melillo previously reported to Vice Chancellor of Undergraduate Education Greg Jackson, according to an organization chart from 2014.

According to public records, he was one of six people on the Rutgers payroll with that last name, as of January 1.

As Melillo knocked this reporter off his feet, and held him against a cushioned ottoman with a forearm to the chest, Barchi kept walking.

As Barchi made his getaway, this reporter yelled: “Can you tell me how much money you made off the sale of Covance, President Barchi?” 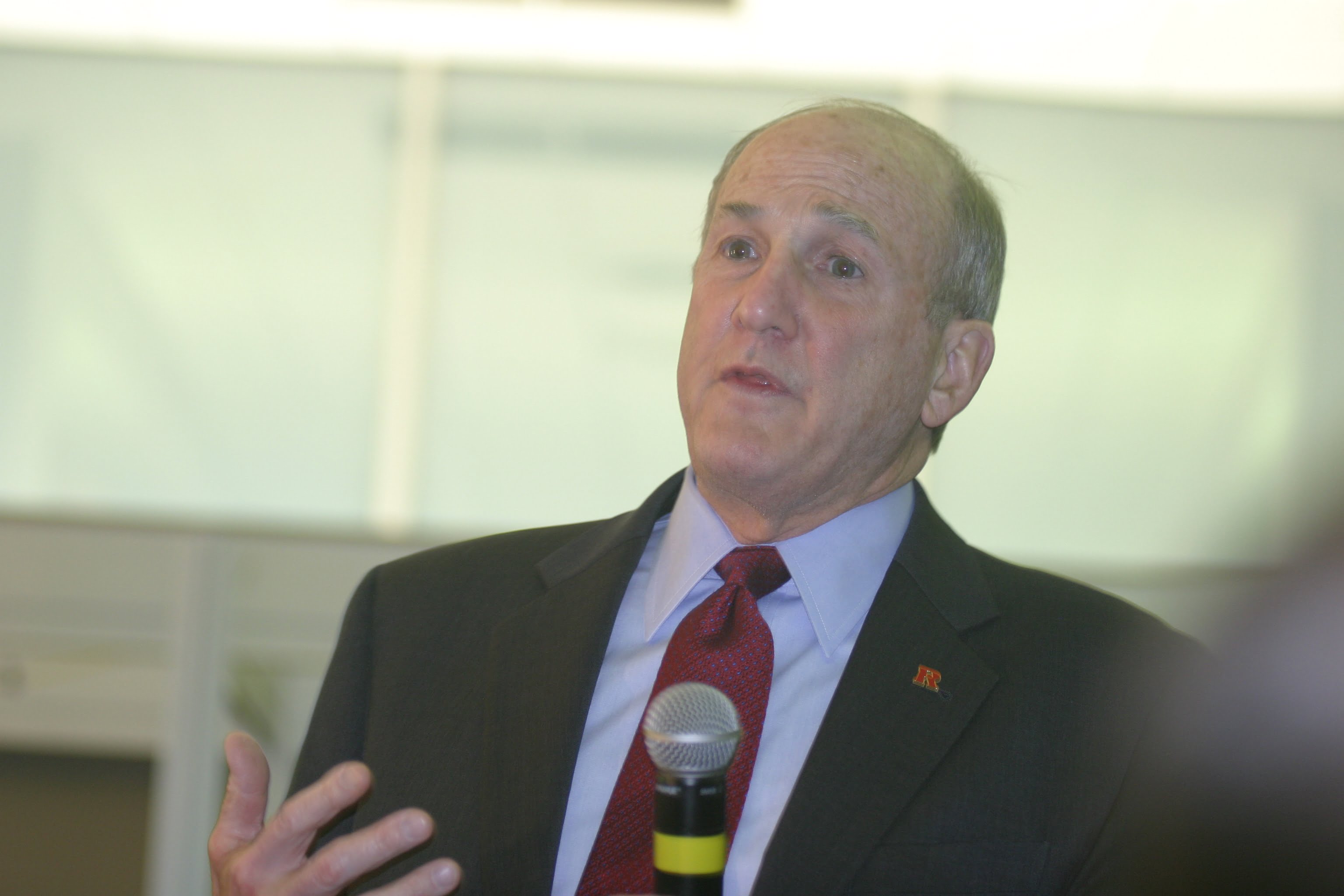 New Brunswick Today later revealed Barchi made at least $639,495 off of the $6 billion sale of the private company, where he was paid handsomely to serve on the Board of Directors.

The company was sold to LabCorp in February.  Both companies do business with the university, raising ethical concerns about Barchi’s conflict of interest.

However, Melillo told authorities he merely “braced himself and stood his ground,” according to the police report. 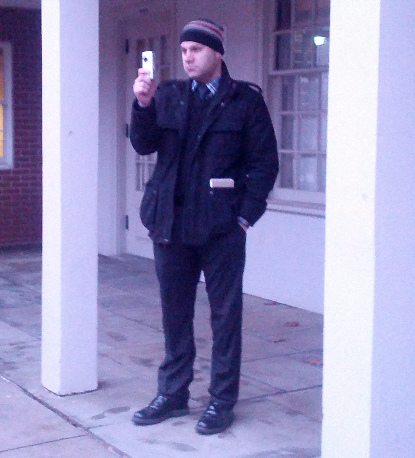 “Mr. Melillo stated that when the President was leaving, Mr. Kratovil attempted to walk through him, so he braced himself and stood his ground without putting his hands on Mr. Kratovil,” reads the report signed by Detective Sergeant Joseph Ray.

Rutgers Media Relations officials had refused to identify the man who had gotten physical with this reporter at the event, which was hosted by the Rutgers University Student Assembly (RUSA), the student governent.

Media Relations staff denied that any assault had occurred, and took issue with the characterization of the mystery man as a “bodyguard.”

“There was no assault that we are aware of on March 26th. The president does not have any bodyguards,” wrote EJ Miranda on April 10.

However, the President of the RUSA apologized to this reporter the day after the incident.

“I would like to send my sincerest apology that this happened to you during the RUSA meeting,” said then-President Kristine Baffo.

A Rutgers University official told investigators a story that closely matched Melillo’s, saying that it was this reporter who “rushed to the front of the room from the back of the room as President Barchi was leaving,” and initated physical contact.

“Mr. Melillo stated that Mr. Kratovil made contact with him, but that he did not push Mr. Kratovil,” reads the report.

Police identified the suspect after speaking with Kim Manning, a Rutgers spokesperson who witnessed the bizarre incident.

Manning told police that Melillo “stood his ground while Mr. Kratovil tried to get around him.”

“She advised that Mr. Kratovil fell back onto the ottomans chairs that were directly behind him, but Mr. Melillo did not push him onto those chairs,” reads another sentence in the lengthy report.

“Can you tell me who that was who pushed me?” this reporter asked Manning on video, immediately after the incident.

She responded, “I don’t think he pushed you,” adding that the mystery man was not a police officer.

There is no video of the incident besides the one recorded by this reporter, but there are perhaps dozens of highly-credible witnesses, including one of the leaders of the student government.

“I saw you got checked pretty badly, hockey style,” said Sam Clark, a RUSA Executive Board member who was sitting at the dais on the night of the incident.

RUPD Detectives only made one attempt to get ahold of Clark.  The police report says Clark did not answer the phone call and “his phone does not allow a voicemail to be left.”

Detectives also “explained the process” to the author of this article, according to their report.

“[This reporter] would have to file his own charges in New Brunswick Court because the incident is a disorderly persons offense that an officer did not witness and there is no clear video footage of the incident.”