NEW BRUNSWICK, NJ—A captain with the New Brunswick Police Department (NBPD) defended a detective who has once again been accused of falsely arresting and imprisoning a young man for more than four months.

Captain William Milligan did not hesitate to admit that there a number of “aggressive officers” on the force, and argued that those officers naturally get more complaints and lawsuits.

Shamy had just revealed that the city is being sued yet again for an alleged false arrest by Detective Brandt Gregus.

The context of the conversation was an item on the City Council’s agenda to authorize up to $5,000 for the legal defense of Gregus, who unsuccessfully pushed robbery and assault charges against Detrick Stallings.

Those charges have been dismissed according to the complaint, but not until after Stallings was bailed out of jail months later. 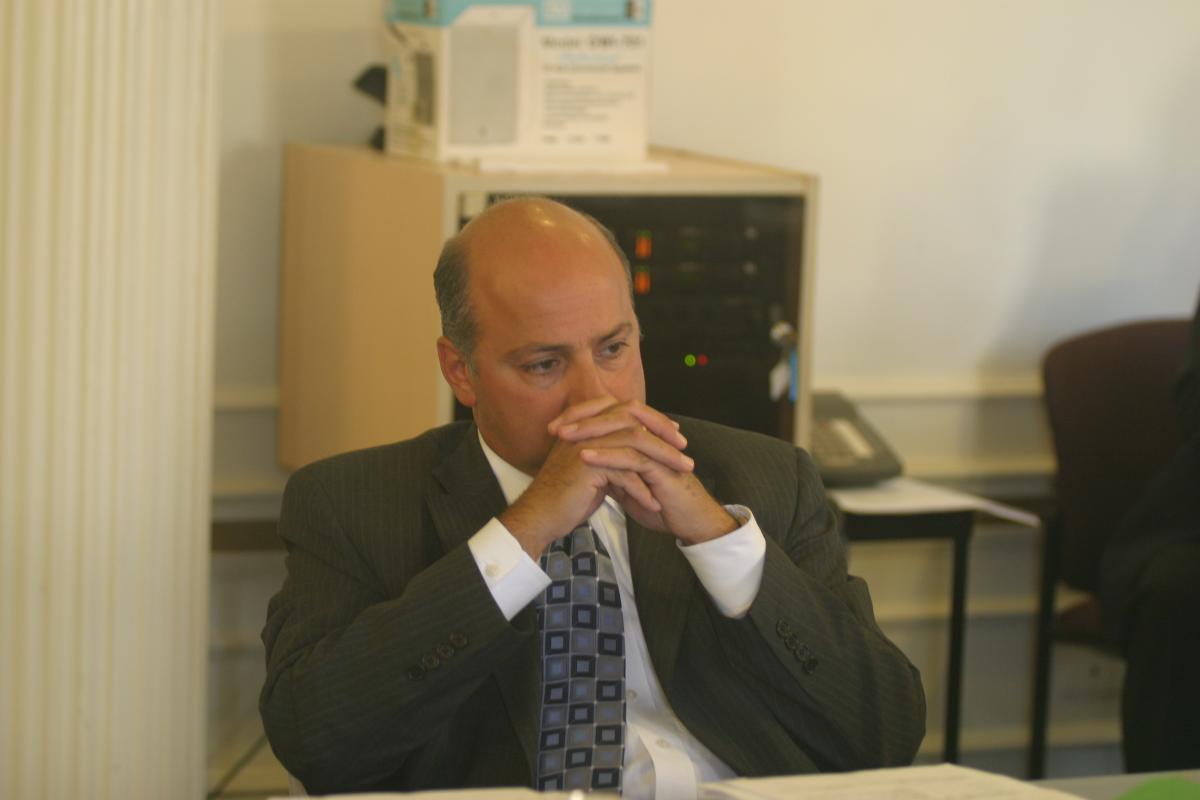 “This is a federal district court matter that was just filed involving false arrest and false charges against the Plaintiff, Mr. Stallings, as a result of [robbery] charges,” said Shamy.

“Apparently, Mr. Stallings was vindicated and he decided to sue the city as a result of his arrest and imprisonment for a period of time.”

Officials were questioned by New Brunswick Today about the pattern of false arrest accusations against the department, and the sheer number of complaints and lawsuits against Gregus.

“I can say that I know Detective Gregus and some of those names repeat themselves because those officers are all part of the same squad or unit that investigates crimes and causes arrests,” said Shamy. “These are the individuals I believe in the Detective bureau who do the investigations and whatnot in regards to criminal matters.”

As we reported last year, taxpayers paid $75,000 to a man who was falsely arrested and imprisoned for eleven months by New Brunswick police.  It was one of more than a dozen such claims filed over the past several years.

City Council President Kevin Egan was dismissive of the concerns about aggressive officers.

“History will show–the history of New Brunswick–that this has been going on,” said Egan.  “We’re always going to have these problems with the police, with people saying that they were accused falsely.”

Other Council members also downplayed concerns over repeated accusations of false arrest and false imprisonment against the NBPD.

“Unfortunately in this day in age, people sue people to try to get money, and that may be the reason [for the lawsuits],” said City Councilman John Anderson on April 15, when another $5,000 expenditure was approved for an unrelated false arrest lawsuit. Gregus has been the subject of multiple internal investigations in the past, including one launched by Stallings’ father, who goes by the name Noble Aaron El Shabazz.

As we reported, Shabazz has spoken out at public meetings, sued the City in federal court, filed internal affairs complaints, and become the first of two individuals to use a new internal affairs hearing process implemented by Mayor James Cahill.

Officials did not appear to be aware of the connection between Shabazz and his son at the August 5 meeting.

In fact, city police officers are sued so frequently that Council members and public officials often have trouble keeping the cases straight when asked about them in public.

At the same meeting, the agenda included items for spending to be increased to even higher levels for several other cases.

Barry Deloatch was shot and killed by NBPD Officer Brad Berdel in September 2011, and Berdel resigned in disgrace a year later.  Officials misled the public about the date his resignation took effect, and he was kept on the payroll for more than four months after resigning.

Berdel had multiple internal affairs complaints against him, including two made by Shabazz.  But it soon became clear that internal affairs was not doing its job, and the County Prosecutor filed criminal charges against ex-officer Richard Rowe for mishandling 81 of the unit’s investigations.

The criminal charges came less than two weeks after the killing of Deloatch.

The Council has since approved payments totalling $28,154.75 to the law firm Mitzner & Mitzner for Berdel’s defense, even though Berdel hasn’t worked for the city since 2012.

The same firm has also raked in $15,382.50 so far defending Andrew Weiss, who was involved in the shooting that paralyzed a young man who had fired a fake gun into the air. 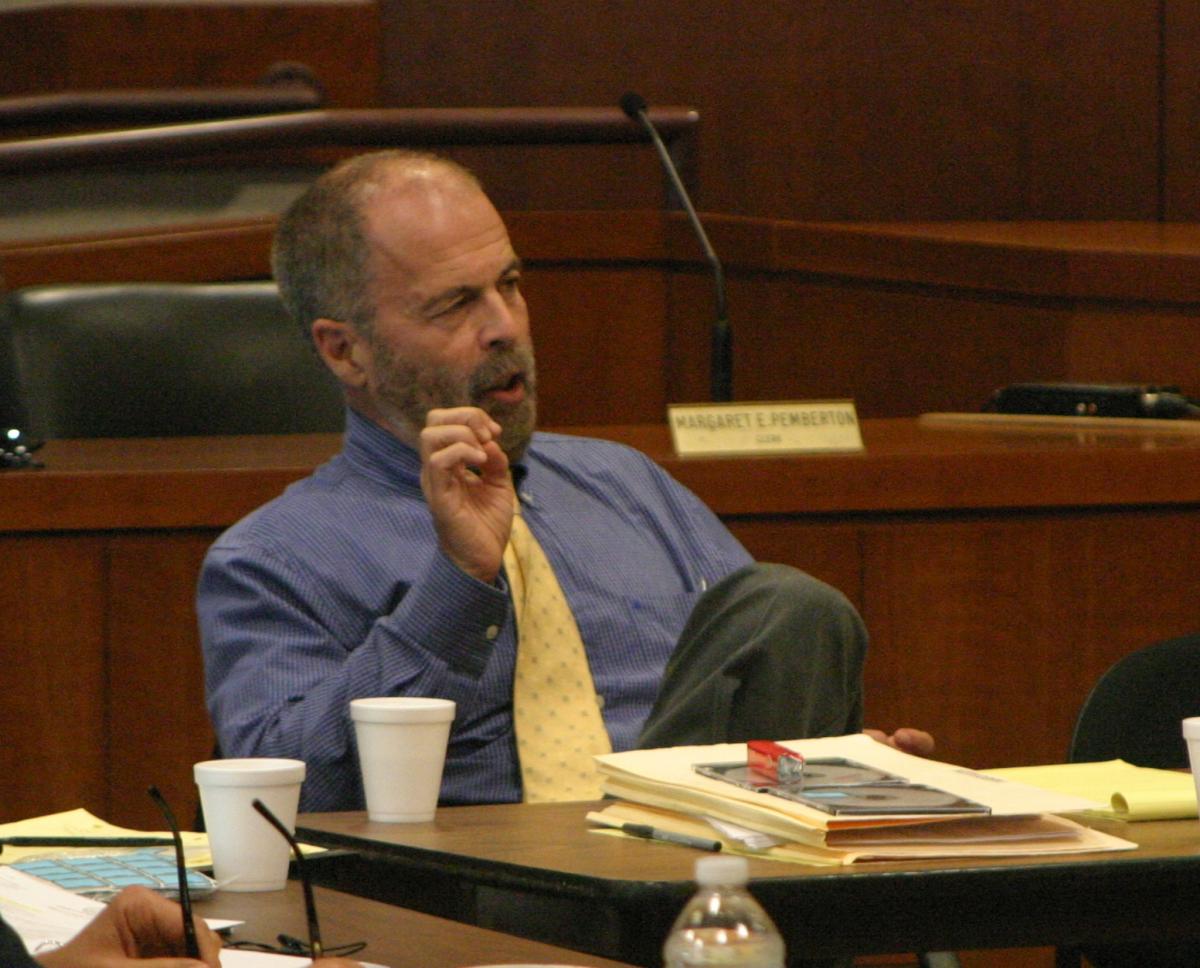 A look at the two most recent City Council agendas also show approvals totalling $38,909.50 to Brunswick-based attorney Lawrence Bitterman for two police cases he was handling, and $31,188.50 to Bendict and Altman for three different cases, including the case against Gregus, and two other cases where the firm is representing Police Director Anthony Caputo.

Bitterman and the Benedict & Altman firm share the same building on Livingston Avenue.

Asked what they were doing to limit legal expenses in this regard, officials kept avoiding the question. Egan emphasized the city’s police department was large and only a few officers were repeatedly showing up as defendants in civil rights challenges.

“Why are you saying it’s a systemic problem? We have 144 police officers in the department, or more.  There’s five guys on the paper here,” said Egan, referring to the City Council agenda.

“This is in every department in every municipality. There is someone suing somebody in the police department,” Egan continued.

“Everyone has a right to sue and that’s exactly what this individual is doing,” said Shamy.

As we reported previously, Stalling’s father is also suing the city for mishandling his own complaints about Gregus, who arrested him in 2010.

Instead of being reprimanded, Gregus was promoted Shabazz says, alleging that the promotion emboldened the officer and encouraged him to target Shabazz’s son as revenge for the complaints.

When asked about the new case and the repeated false arrest accusations against Gregus and other NBPD officers, the City Council had little to say.

Egan remained dismissive of the concerns, and under persistent questioning, repeatedly asked this reporter to “move on.”

“So, if we could just move on, that’d be great because your five minutes is running out sir,” said Egan, with more than two minutes left for this reporter to speak during the public comment portion of the meeting.

“What are you doing to make sure that there are less of these lawsuits?  Less of these incidents?” asked this reporter.

“I don’t have an answer for you right now about that,” responded Egan.

“Can you ask the police captain who is here tonight what’s being done about these aggressive officers who are frequently getting themselves sued?”

The police captain said he too could not answer the question, after Egan forwarded it to him.

“Just because Mr. Kratovil states that there’s a problem doesn’t in fact mean that there is a problem,” said Captain Milligan.  “So I really don’t know how to respond to that.”

Milligan was at the meeting as a placeholder for Director Caputo, the only department head who does not attend City Council meetings.

Normally, Captain JT Miller fills that role, but Miller was on vacation.