NEW BRUNSWICK, NJ—On August 19, the City Council voted 4-0 to increase the rates at parking meters throughout the City of New Brunswick for the second time in two years.

Mayor James Cahill signed the ordinance into law shortly thereafter, and the new rates will take effect on Saturday, August 29.

A quarter will now buy just 10 minutes of parking, and after two hours, and the rates will increase exponentially to discourage long-term parking at the meters.  The city will also charge for meter parking on Saturdays now.

Originally billed as an effort to combat meter-feeding and keep long-term parkers from hogging precious meters in high-demand areas, officials have provided a variety of differing explanations for why the rates will be increased. “We’re into this to make money,” said Council President Egan, under questioning from New Brunswick Today.  “That’s why we increased the meters, for the revenue.”

As we reported in 2014, the New Brunswick Parking Authority (NBPA) is currently in more than $243 million worth of debt, all of which has been guaranteed by the city government.

“We’re raising the meter prices for revenue.  I think it’s more than fair,” said Egan, a former NBPA board member.

But Mayor Jim Cahill had a different explanation, saying that revenue was not his motivation for signing the rate hike into law. 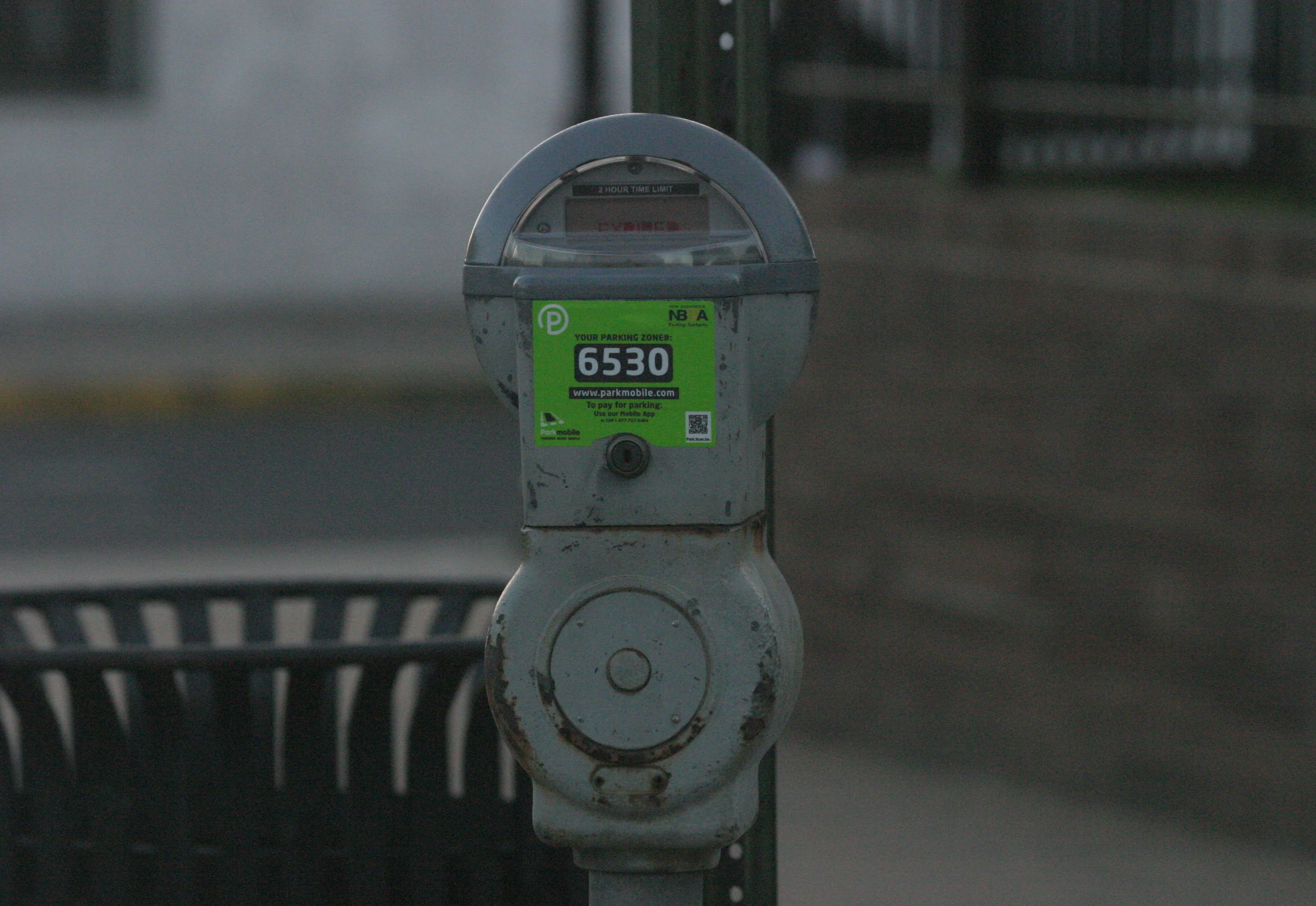 “While the public oftentimes looks at parking meters and the revenue that’s derived from that as a revenue-generating thing for the municipality or the parking authority, it’s really not that,” Cahill said in an exclusive interview with NBToday.

“The real purpose of meters is to regulate the parking… There are more cars than parking spaces,” said Cahill.

The NBPA expects to raise $300,000 each year from the rate hike, and they are also hoping it will encourage people to use their nine parking garages instead of taking up space at the meters.

Cahill said that the motivation for the rate hike was not monetary, but rather that it was in response to long-term parkers hogging the meters.

“We don’t sit there and go, ‘Oh you know what, what’s the next thing we can spring on the folks in New Brunswick and get a rise out of ’em?” said Cahill.  “It really is somebody comes to us and they say, ‘We’re really havin’ a problem.'”

Michael Schnur, owner of Thomas Sweet ice cream shop on Easton Avenue agreed with the administration, and was the only member of the public to speak in favor of the rate hike at the City Council meeting.

“I am all in favor of your parking ordinance,” said Schnur, adding that he and other Easton Avenue merchants “are constantly barraged with customer complaints that there is no parking.”

“We need to get the parking people in and out every half-hour or hour, so my customers can come in and spend money in New Brunswick and then I can hire more workers or pay my current workers more money,” said Schnur.

Schnur said contractors, likely those working on large developments nearby including the recently-completed Boraie Development highrise “The Aspire,” took up many of the spaces on Easton Avenue, making it harder for his customers to find a spot.

Ironically, that developer also made the problem worse when it purchased a small surface parking lot at 44 Easton Avenue from the NBPA in 2012, eliminating 14 public parking spaces just one block from Schnur’s shop.

“It cost money to purchase these meters… over $300,000 for these meters.  That’s number one,” said Karon, … Number two, with the use of credit cards, there’s a lot of fees involved that the parking authority absorbs.”

“You get charged by the credit card company and the company of the meter.  There’s a wireless charge for each meter and it’s an additional quarter at least for each transaction.  So put those two together and we’re expecting $300,000 increases, which probably won’t even cover the added expense.”

Editor’s Note: The author of this article was the only member of the public to speak against the rate increase at the City Council meeting.