NEW BRUNSWICK, NJ—On August 10, the Middlesex County Board of Elections offices moved to 11 Kennedy Boulevard in East Brunswick, leaving behind its location in the Hub City.

The office had been based in New Brunswick, the seat of government for Middlesex County, for longer than officials can remember.

The Board office has been the place to submit voter registration forms or request voter records, tasks that are critical to local, county, state, and national political campaigns.

Administrator Jim Vokral says the new space is working out well, and the transfer of old records to the county archives has left the agency with slightly more space than it had before.

Vokral said there is also more parking at the new 10,000 square foot facility located just off of Route 18.  The Board of Elections is the only tenant in the building, and occupies half of the one-story building.

According to property records, it is owned by Shalit Limited Parternship, a Monroe-based company that also owns several buildings nearby, including some that others that are leased by the county government.

For 20 years, the Board of Elections and several other county offices and warehouses were based out of 777 Jersey Avenue, located in the industrial area of New Brunswick.

The office is also responsible for hiring and training the poll workers who decide who gets to vote and who doesn’t, and it’s ultimately the place to fight for your “provisional” paper ballot to be counted if you have been denied the right to vote in the electronic voting machine.

The Jersey Avenue location was the scene of a couple of high-stakes battles over provisional ballots in recent years, after two close referendum elections in New Brunswick. 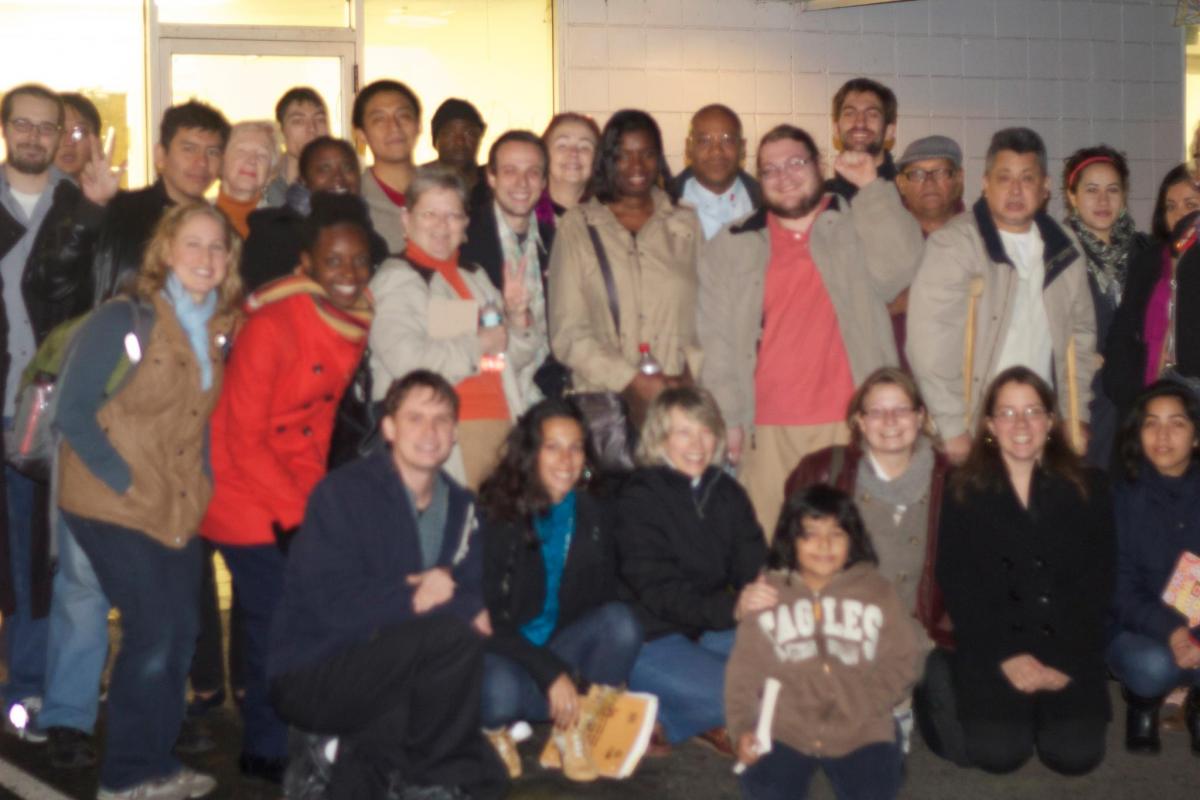 On November 13, 2012, a team of local grassroots activists including the author of this article succeeded in getting enough provisional ballots to be counted in order to pass a ballot question that took away the Mayor’s power to select the city’s school board, and instituted school elections for the first time in history.

The Election Board did not permit the hearing to be videotaped, while three attorneys connected to the city’s political machine–TK Shamy, Ben Bucca, and Joe Catanese–fought against counting many of the ballots.

Until recently, the buildings at 777 Jersey Avenue were owned by ProLogis, the nation’s largest warehouse company.  They have since been sold to Spectrum, a chemical company that owns the neighboring property.

Other tenants of the building included the county’s warehouse, and the home of food distribution program, McFoods, and the Middlesex County SWAT team.

“The county has vacated the building. There is no county presence in there any longer,” said County Counsel Thomas F. Kelso, explaining that the county still may have some “obligations” under the lease, which has been handed over to Spectrum.

Before the elections offices were moved to Jersey Avenue, the county had two different Board of Elections offices, one in the county administration building in downtown New Brunswick, and the other at 313 State Street in Perth Amboy.

Vokral said that, with the exception of the agency’s fax number, all of the various ways to contact election officials remain unchanged.

“Our fax number had to be changed, but our old fax number will work for a period of time.”