NEW BRUNSWICK, NJ—Drivers and privacy advocates won a huge victory in December, when New Jersey ended its 5-year pilot program that brought red light cameras to many communities in the area.

Since then, the Hub City may be the first to actually take down one of the cameras, which have eerily remained standing across the state despite being turned off.

One of the two cameras at the intersection of Easton Avenue and Park Boulevard has been uprooted and left on the side of the road near Buccleuch Park.

Under the watchful eye of the other camera, it has sat roadside for nearly six weeks.

As it turns out, the downed camera was not the result of any decision by the municipal government, which authorized the red light camera’s erection in 2009.  Rather, its removal was necesitated by road construction authorized by Middlesex County’s government. 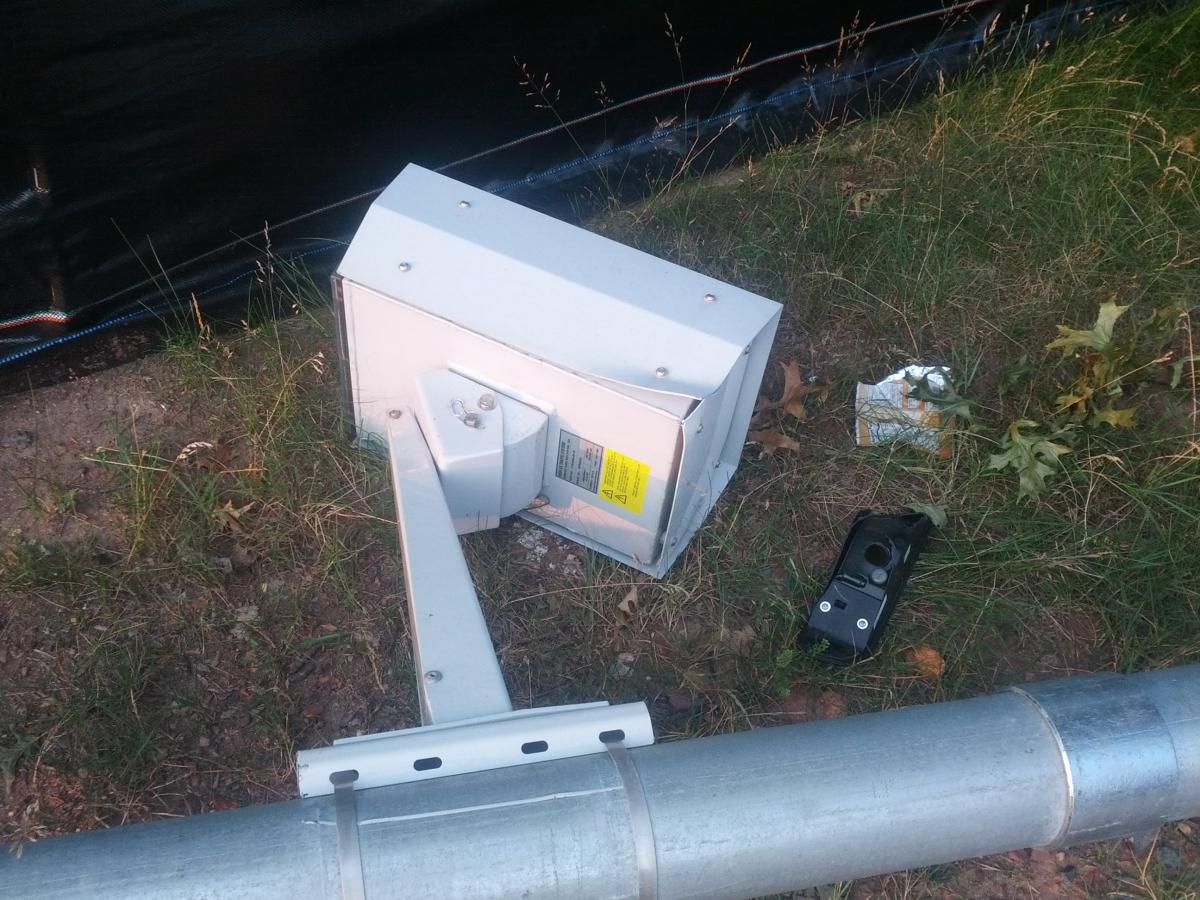 Officials have said that the county is in the process of “re-configuring” that intersection, but exactly what that means for the red light cameras has remained unclear.

After the author of this article raised the issue at a recent City Council meeting, the city government called on the company that installed the camera to come haul it away.

However, the company has not responded to inquiries from New Brunswick Today, nor has the county government or the NJ Department of Transportation.

Redflex Systems, whose ex-CEO was recently indicted in a scandal involving bribery of public officials, installed and operated the red light cameras at Easton Avenue and Park Boulevard.

A City Councilman who admitted he got caught running a red light by the cameras said he was expecting the downed camera to be picked up soon during the August 5 City Council meeting, but other officials did not seem to know what he was talking about. 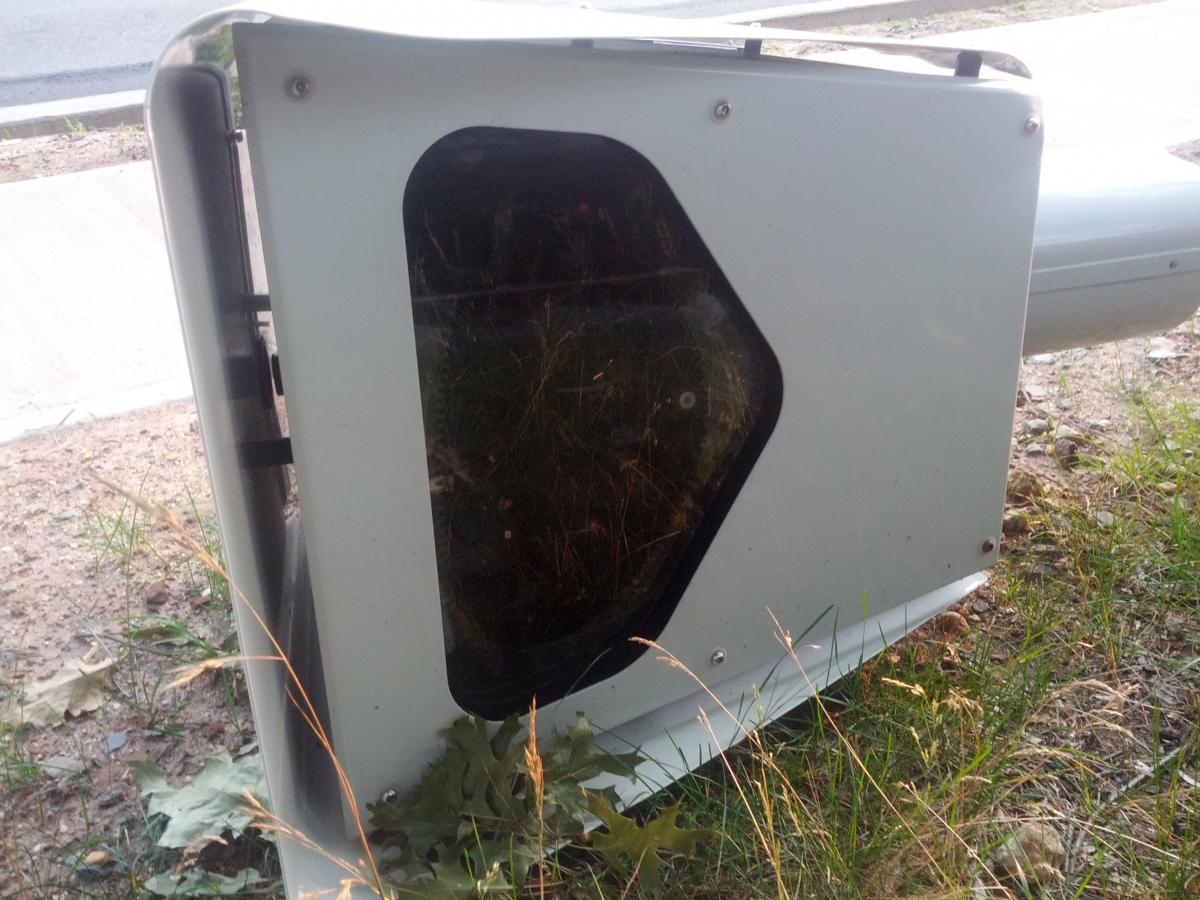 “Sorry I’m not familiar with it,” added Business Administrator Thomas Loughlin.  “I know the equipment.  It’s not owned by us and I don’t know who is having arrangments to have it moved.”

On August 11, the city finally asked the company to pick up their litter.  It was still observed in the same spot on August 14.

“We’ve put in a request to Redflex to come and pick it up. We are waiting to hear back,” said city spokesperson Jennifer Bradshaw.

This marks a change from the previous attitude of Mayor James Cahill’s administration towards the cameras.

“It’s not really a matter of ‘refusal’ at this point,” Bradshaw said on March 30, pressed by NBToday on their decision not to remove the camera months after the program’s demise.  “The City isn’t doing anything with the camera at the moment.”

Asked why the cameras were still standing, Bradshaw indicated that the contractor was hoping to get the state to re-start the unpopular red light camera program, which ended after legislators opted not to renew it after five years.

“I know Redflex is hoping legislation will reinstate the program, and for that reason, the cameras remain up around the state,” said Bradshaw.

As we reported, Redflex Systems was involved in a massive bribery scandal where they were caught buying off government officials in Chicago, and a high-ranking official with the company said in court documents that bribery also took place in New Jersey.