The primary campus of Rutgers, The State University of New Jersey has been in New Brunswick since its founding in 1766.

What began as a small religious school has since grown into a one of the largest research and liberal arts insitutions in the United States, and the official state school of New Jersey.

It is the eighth-oldest institution of higher learning in the United States and consistently ranks among the top public universities nationwide.

The sprawling New Brunswick/Piscataway campus also spills over into Edison, Highland Park, East Brunswick and North Brunswick. Newark, and Camden have their own smaller stand-alone campuses, including law schools and a variety of other programs.

The College Avenue, Cook, and Douglass campuses are located in New Brunswick, in addition to several campus buildings located in the city’s downtown. Across the Raritan River in Piscataway are the Busch and Livingston campus. 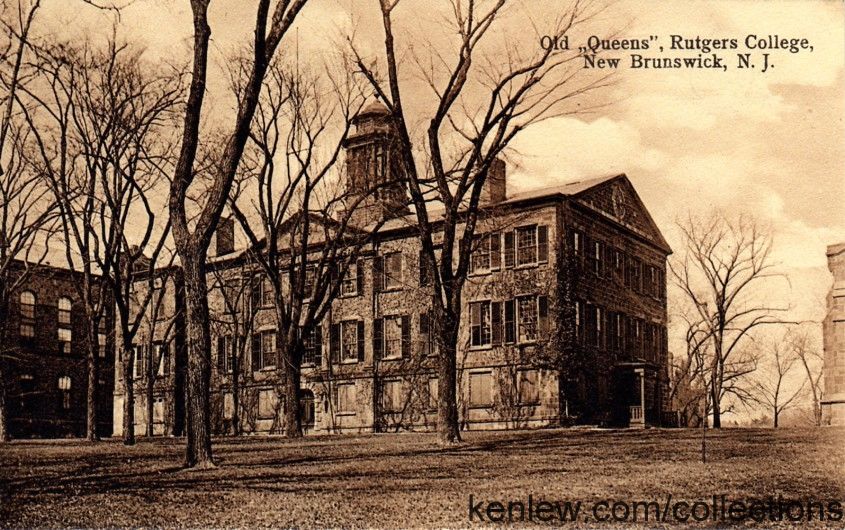 The College Avenue Campus (CAC) is the original home of Rutgers, where its first building, Old Queens, still stands. It is located entirely within New Brunswick’s Sixth Ward. Within the campus are several subcampuses.

The Queens campus consists of Kirkpatrick Chapel, as well as an observatory, and the oldest of Rutgers’ several hundred buildings, which are primarily used for administrative purposes. Until 2009, the University Visitor’s Center was located in Van Hest Hall.

Voorhees Mall is the primary academic quad. Voorhees Mall is a large tree-covered lawn, known as one of the most aesthetically beautiful parts of the campus. Formerly, most of the buildings were fronted on Bleecker Street, which has since been removed and replaced by the grassy mall. Since 2003, it has hosted an annual activism event known as Tent State University that has advocated for increased funding for higher education and against the Iraq War. Until 2010, it was home to the University’s annual commencement and covocation ceremonies

Bishop Beach is a residential quad created by Brett, Tinsley, Demarest, and Mettler Halls, as well as Bishop House, a registered historic landmark. Until 2007, it was home to several University events including football pep rallies and Hot Dog Day.

Darien Quad is adjacent to Bishop Beach and is formed by Demarest, Wessels, Leupp, and Hegemen Halls, as well as Bishop House. Except for Demarest Hall and Bishop House, the residence halls are connected by a series of basement-level tunnels. Until recently, the quad was occupied primarily by surface parking, but has since been covered with artificial turf for recreational use.

The River Dorms are three high-rise dormitories along the Raritan River constructed in the 1950’s. They each have an additional two floors of classroom space below the ground floor, though. Frelinghuysen, Hardenbergh, and Campbell Halls overlook Route 18 and the Raritan River, although the block the view of the river from much of the campus. An additional highrise dormitory without classroom space, Clothier Hall, is located across the street.

Additionally, the campus is home to a School of Communication, and Information (SCI), the Brower Commons dining hall, the Rutgers Student Center, numerous administrative offices, computer labs, houses of worship, fraternity and sorority houses, a 4-story parking deck, and the Alexander Library, one of the best repositories of information in the state. CAC is also known for its vibrant off-campus life. Many students rent apartments and homes in the surrounding neighborhoods, which include several fraternities and sororities, and many bars, restaurants, and shops that cater to the college crowd. 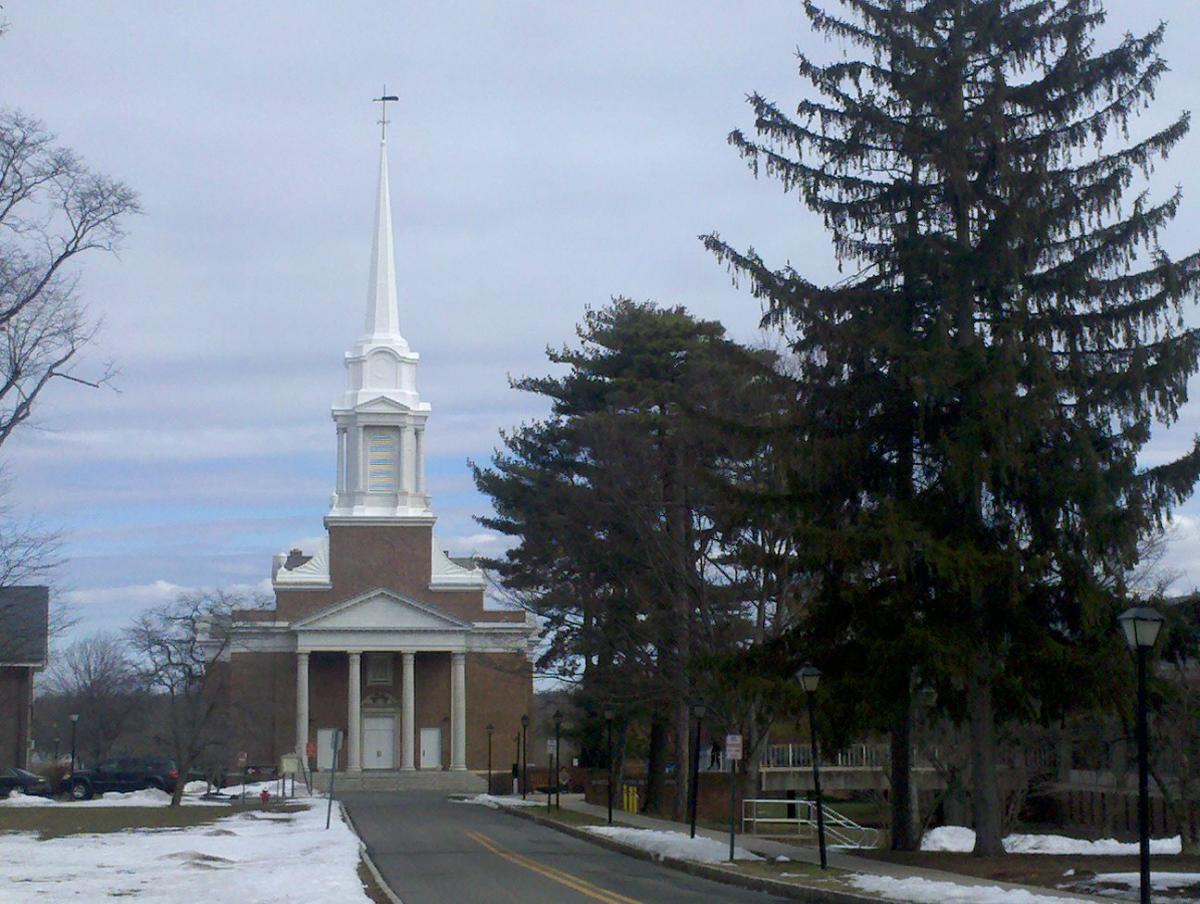 Separated physically from CAC by the downtown, the Cook and Douglass campuses (sometimes “Cook/Douglass campus”) are significantly larger in area, though far less developed. The campuses are largely contiguous, and occupy land in New Brunswick’s First and Second Wards, as well as North Brunswick Township, which is home to several dormitories on the Cook campus (Perry, Voorhees, Newell, and Starkey) and the Rutgers Gardens, a popular botanical gardens.

Douglass campus was originally known as the New Jersey College for Women, later renamed Douglass College, a part of Rutgers University since 1921. It is a very picturesque campus and is home annually to the New Jersey Folk Festival.

The Cook campus is home to the School of Environmental and Biological Sciences (SEBS), formerly known as Cook College and, before that, the Agricultural College. It is the most rural of the campuses and includes a farm that is home to many domesticated animals, including sheep, pigs, horses, and others, as well as modern residential and academic buildings. 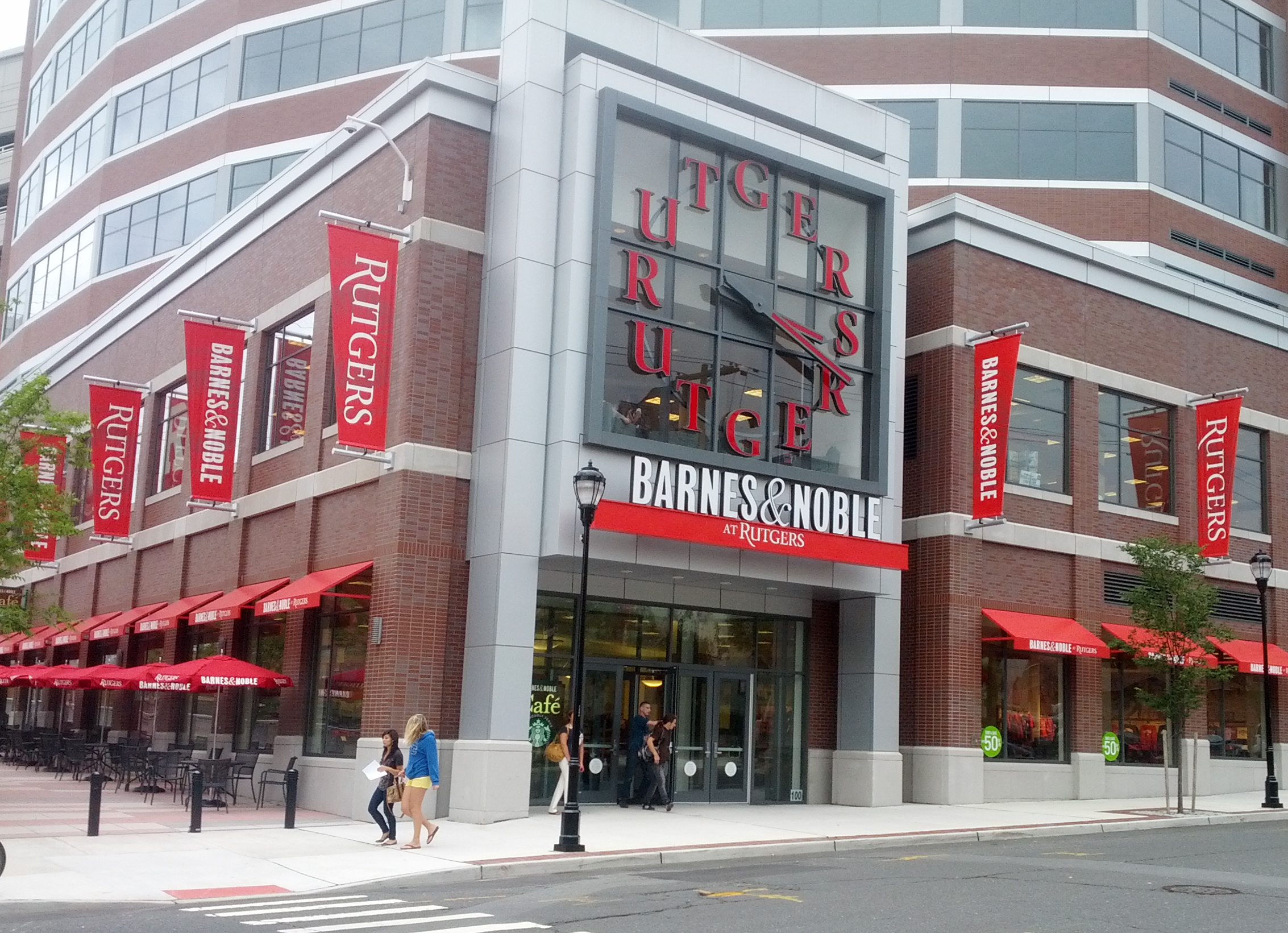 Rutgers University has also developed a significant presence as the downtown has expanded over the past few decades. Here is a summary of University development in or near downtown:

“The Birthplace of College Football” 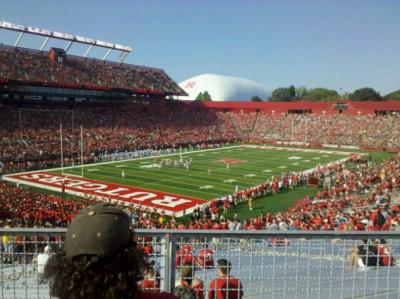 The first intercollegiate football game occurred in New Brunswick, when Rutgers defeated Princeton University in an 1869 game that likely looked nothing like the game we know today.

The teams played at Neilson Field, currently the site of the College Avenue Gymnasium and a large commuter parking lot. Rutgers’ Athletic Department has begun in recent years to use the slogan, “The Birthplace of College Football.”

The University football Stadium in Piscataway underwent significant and expensive expansions in 1994 and 2008-2009.

The Rutgers football team made its first postseason appearance in over two decades in 2005, losing to Arizona State in the Insight.com Bowl. They went on to appear in postseason bowls for the next four years, winning each of the games. In 2010, the team had its first losing season in five years and did not play a postseason bowl game.

The University switched to the Big 10 Conference in July 2014.