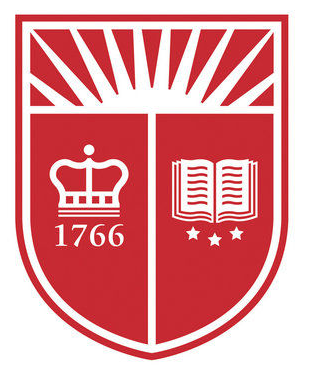 NEW BRUNSWICK, NJ–Rutgers University released a design of a new University shield in honor of its 250th anniversary celebration, with festivities set to commence this fall on the 249th anniversary.

The shield replaces a heraldic shield, used on the University gonfalon, which was created in 1966 for the University's bicentennial.

The new shield bears Rutgers' school color scarlet, and it is split into three sections, a number symbolizing the three cultural divisions of New Jersey (North, Central, and South) and the three goals of the University (research, service, and teaching).

The top section is a sunburst, standing for the light of knowledge and learning.

On the bottom left, a crown stands for the University's maiden name, Queens College, and 1766 is the school's foundation year.

On the bottom right are an open book (symbolizing teaching) and three stars (standing for NJ's position as third state to ratify the Constitution).

Most of the events probably have not been established yet. There is a form, available online, for anyone wishing to create or submit a 250th anniversary event.

The Rutgers 250th Anniversary Planning Committee, chaired by Rutgers diversity vice president Jorge Schement and including the Targum's chief editor, is in charge of the celebrations.

A mass email from Rutgers notes that an event has already been held to mark the 250th anniversary: the school's glee club sang on May 31 at the University of Utrecht, from which Rutgers derived its seal and motto.

At that concert, two Rutgers vice presidents, Barbara Lee and Joanna Regulska, gave an ornamental sign to the Utrecht prexy in honor of the universities' historic relationship.

At least one Rutgers initiative, the Byrne First-Year Student Seminars program, is offering classes focused upon the anniversary.  Those classes are one credit each, and include such topics as "A Taste of Culinary History" and student life since 1945.

At least two books are being published in honor of the occasion. One of those focuses on just the years after World War II: Rutgers since 1945: A History of the State University of New Jersey, by Prof. Paul Clemens, with an essay on architecture by Prof. Carla Yanni.

The other, titled "Rutgers: A 250th Anniversary Portrait," is a coffee-table book covering all 250 years, featuring input from several members of the Rutgers community.  Both books will be in bookstores, online, and available at Rutgers University Press later this summer.

Rutgers has also rolled out a tentative guide to Rutgers 250th anniversary symbols, instructing community members to refer to the anniversary as "Rutgers 250" and not "RU250."