NEW BRUNSWICK, NJ–On June 18, the Rutgers Board of Governors approved "Rutgers 2030," the new physical master plan that sets forth a development strategy for the school's three campuses across the state and the Rutgers Biomedical and Health Sciences (RBHS) program.

According to Rutgers officials, it is “the most comprehensive physical master plan in the university’s history.”

The development proposed in the plan includes upgrades to academic facilities on all campuses, new transportation infrastructure, and improvements to student experiences inside and outside the classroom.

The configuration of the physical master plan was guided by the priorities of the university’s Strategic Plan, a document approved in 2014 that sets forth an abstract map of how to improve Rutgers as a whole.

A few construction projects recommended by the Strategic Plan are already underway and close to being finalized, including the city-based Rutgers Honors College which is set to open this fall on the former site of New Brunswick Theological Seminary.

There is also a new Chemistry and Chemical Biology Building in Piscataway under development, and a new academic building adjacent to Scott Hall on College Avenue that will significantly increase classroom and lecture hall capacity.

Despite the large amount of construction projects currently taking place, there are still many projects in the New Brunswick section of the physical master plan that have not yet begun. 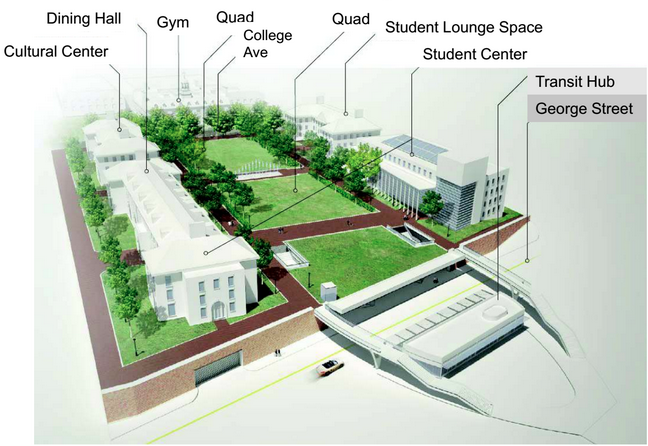 On the College Ave campus in New Brunswick, officials intend to develop a large quad with new classroom space, new student centers, and a new dining hall in place of the existing Brower Commons dining hall, Records Hall, and the Student Activities Center.

"Rutgers 2030" also includes plans for new transportation infrastructure, including new bus routes and a foot bridge across the Raritan river to connect the College Avenue and Livingston campuses in New Brunswick.

For the Athletics program, the plan calls for a new multi-use recreational facility that will house the men’s and women’s basketball programs, as well as the majority of the other Rutgers sports teams.

This new facility will be built around a new parking garage that will accommodate parking for sports programs, as well as the business school and other new developments such as the Research Park.

As most sports programs move into this new building, the football program is set to take over the Hale Center at Highpoint Solutions Stadium.

During the board's meeting, the author of this article asked the Board how they intend to fund the projects presented in the physical master plan. 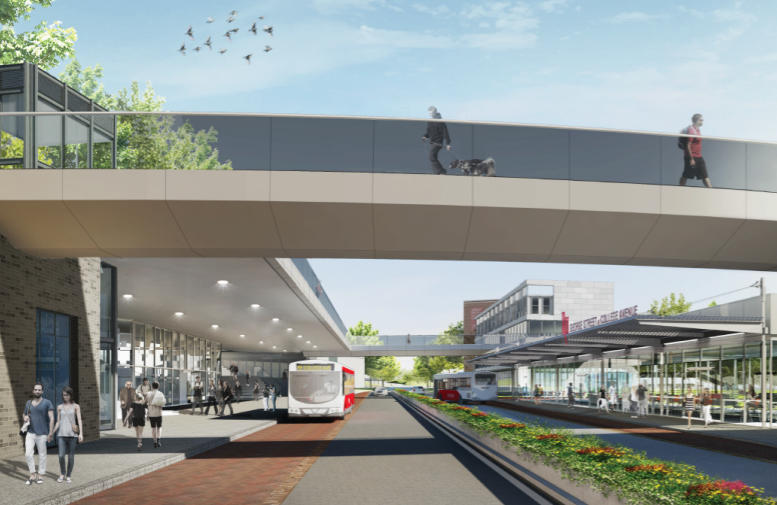 “This [document] encompasses a broad time range and lays out in broad strokes the direction we need the campus to grow,” replied Rutgers President Robert Barchi.

“It does not specify specific timelines in which things need to be done.”

Essentially, there is not yet a funding plan because the order of the project developments is not specified, and the cost of the whole plan will depend on the time and order of all projects.

“The specific funding plan for each building, for each environmental undertaking… will depend on the nature of the building, the time, and the direction we are going at that time,” said Barchi.

“For every one of our projects, I will be working on a funding plan. That funding plan will go through the capital council and eventually be presented to the board.”

According to a statement from Rutgers, “the university will continue to explore and seize opportunities to use existing resources, solicit private gifts, seek foundation and government grants, and form public-private partnerships to support projects proposed in the master plan.”

Rutgers 2030 has been in the works since Barchi's inauguration. The content of the Strategic Plan and the physical master plan, although controlled by the university administration, incorporates the input of the Rutgers community.

According to Rutgers officials, this includes survey responses from approximately 8,000 members of the Rutgers community.

President Barchi also delivered more than 30 presentations at town hall meetings, as well as engaged in discussions with faculty, student groups and administrators.

“The development of this plan was a tremendous undertaking,” said Barchi. “It would not have been possible without the outstanding leadership of our chancellors and the assistance and input of the Rutgers community.”

The Physical Master Plan is available at http://masterplan.rutgers.edu/.