By: Akiva Weinstein
In: Archive

The musuem will hold the artifacts that helped create the Johnson & Johnson company, perhaps most famous for BAND-AID brand bandages, as well as show the history of the characters who helped form the company.

A large banner on display at the company's worldwide headquarters reads "The New Johnson & Johnson Museum!"

At first, the musuem will be open to J&J employees only, and soon after, it will be open for members of the public, including students.

Johnson & Johnson Chief Historian Margaret Gurowitz states that the mission of the musuem is "to tell the story of Johnson & Johnson and the ways in which we use innovation to care for patients, families and communities worldwide, from the past to the present, to the future."

"We are also fortunate to have input in the form of donated and/or on loan historical items from current and former Johnson & Johnson employees, their famalies, members of the Johnson family and from our customers around the world," Gurwitz said.

The original musuem is currently contained in the Kilmer House–which was created by Fred Kilmer the scientific director of Johnson & Johnson from 1889-1934.

Kilmer aimed to perserve the history and innovation of Johnson & Johnson and the way the company has transformed global healthcare and effected the healthcare movment as a whole.

Currently, the musuem is being renovated in its original building and is scheduled to re-open in late 2016.

A team was put together to spearhead the musuem project including the Facilities and Engineering groups, the Communications group, Gurwitz, and others.

Before the musuem's official opening, a "digital musuem" will open, showcasing the culture of Johnson & Johnson, which was started in the Hub City by three brothers in 1888.

With the musuem, Johnson & Johnson is trying to reach, among others, the residents of New Brunswick, where the comany has called its home for almost 130 years.

At the Kilmer House Blog, a call for artifacts has been announced, asking members of the community to donate anything that may help with the musuem.

The only information that can be found on the musuem so far is a video on the Johnson & Johnson homepage that states the museum is "where over a century of history comes alive and where the world will be inspired." 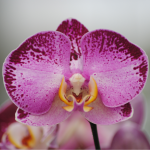