NEW BRUNSWICK, NJ—The Rutgers University Police Department (RUPD) is investigating whether or not an officer may have helped shut down a public roadway to enable an off-duty EMT to drive his private vehicle at speeds in excess of 140mph.

Christopher Murray, a recent hire at Rutgers Emergency Services, posted a video of himself driving a car on a public road at what appears to be well over 100mph.

It was one of several videos he has posted of himself and others driving at high speeds to the Facebook group “BMW M3 Enthusiasts,” which has more than 4,000 members.

And Rutgers has known about it for weeks, but university police seem to be more concerned that one of their own may have helped Murray by blocking an onramp to the divided highway pictured in the video.

“This matter is in reference to the allegation that a University Police Officer was involved in closing a roadway to allow a BMW’s driver to exceed the speed limit,” RUPD’s Deputy Chief Michael Rein wrote to the author of this article.

At first, Rein had said this reporter ” will be advised of the results of the investigation upon its conclusion.”

“I will be in touch to further discuss as the investigation progresses,” wrote Rein in a follow-up email days later.

New Brunswick Today first brought the issue to the attention of Greg Trevor, the head of Media Relations at the university, whose office still refuses to confirm whether or not Murray is a university employee. 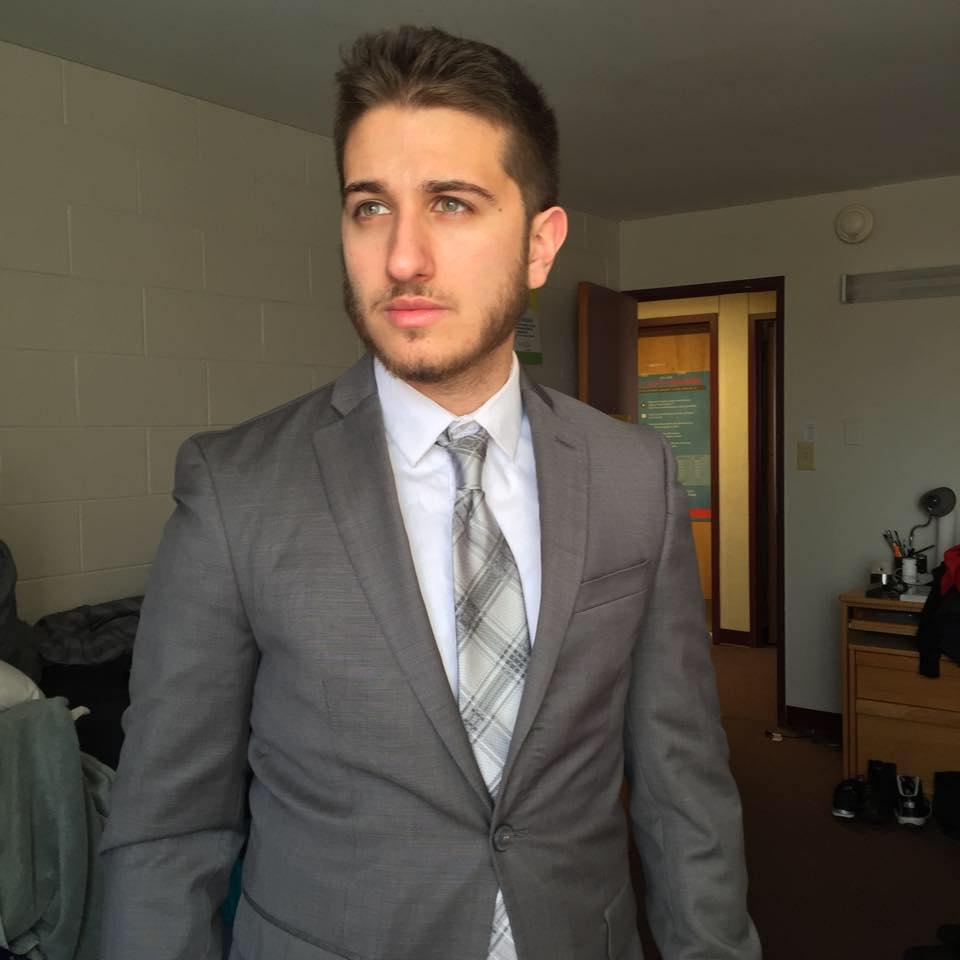 The results of an Open Public Records Act request showed that as of May 26, Murray was a “student worker” in the “emergency services” department, earning a $25,056 annual salary since October 21, 2014.

Three days later, New Brunswick Today brought the videos to the spokespersons’ office and asked for a response.

“It is my understanding that RUPD has informed you that they have received your information and that the matter is under review,” said Rutgers spokesperson EJ Miranda.

The university’s Media Relations staff continues to maintain that unspecified attorneys say they are not permitted to discuss “personnel” matters, even to say whether or not an employee is suspended and, if so, whether or not they are still being paid.

“Under advice of counsel, it is university policy not to discuss personnel issues,” Miranda added.

As we reported, this marks a change in school policy, as public relations professionals at Rutgers have previously identified the suspension and pay status of two different sports coaches.

Instead, university spokespersons have refused to tell any reporters whether or not Grace Stewart, a RUPD officer accused of stealing $30,000 from her union, still works for the police department.  And now, they won’t say whether Murray works for the school either.

“You have our answers,” said Miranda. 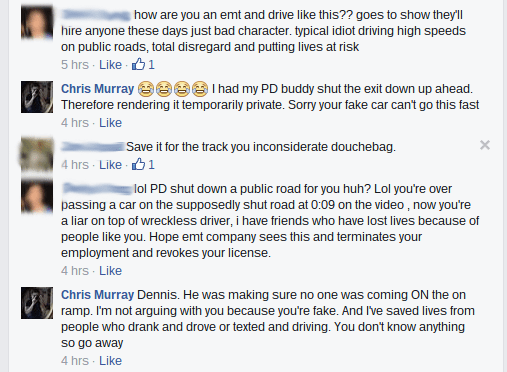 On May 16, while defending his actions on the Facebook group, Murray implicated a police officer who may have helped by blocking off a ramp to access the road.

Murray did not indicate which department the officer worked for.

Criticized by fellow members of the Facebook group for speeding excessively on a public road, Murray stated that a “PD buddy” of his had “shut down the exit up ahead… rendering it temporarily private.”

Another member questioned his story, pointing out that the Murray appeared to pass another car in the 15-second video.

“Now you’re a liar on top of wreckless driver,” wrote the person.  “Hope your emt company sees this and terminates your employment and revokes your license.”

“He was making sure no one was coming ON the on ramp,” responded Murray.  “I’m not arguing with you because you’re fake.  And I’ve saved lives from people who drank and drove or texted and driving.”

It’s not immediately clear from that video whether the location was in New Brunswick, Piscataway or elsewhere.

But Murray has posted videos of himself accelerating to high speeds on roads that are clearly marked with Rutgers “block R” flags.

On May 29, Greg Trevor, the head of Media Relations, demanded an written promise that the meeting would not be recorded.

“E.J. [Miranda] and I would need to know more about the information that you claim to have before we would consider meeting with you,” wrote Trevor.

“We also would need your written guarantee that neither you nor any of your colleagues would electronically record such a meeting.”

When New Brunswick Today showed up at the Rutgers Media Relations later that day, Trevor poked his head out the office and said, “You’re not recording this, are you?  Because you guys do that.”

“You surreptitiously record people and then brag about it in articles,” Trevor continued, referencing a situation involving the CEO of a company behind controversial anti-cheating software implemented at Rutgers.

Trevor and Miranda then watched the videos New Brunswick Today obtained from the Facebook page. 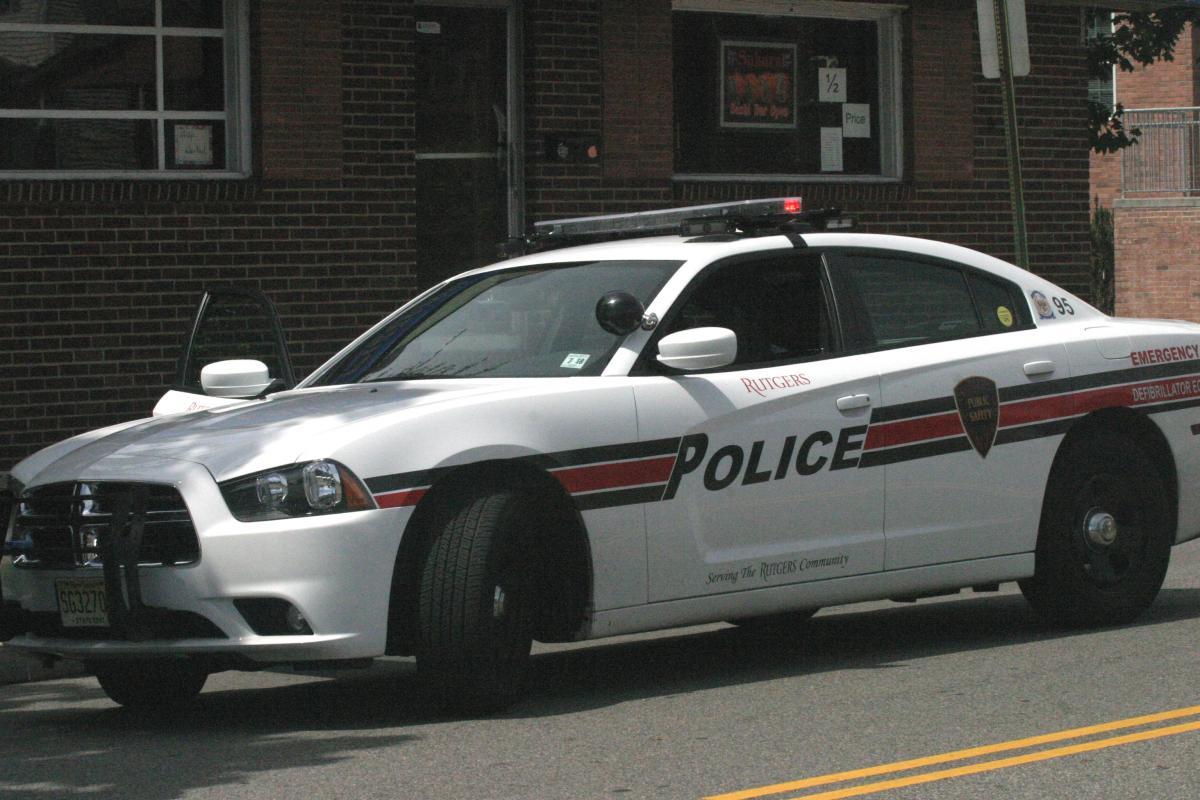 RUPD Internal Affairs in turn opened up case #IA15-00046, and contacted the author of this article the following week with inaccurate information.

“I apologize for the delay in responding to you on this,” wrote Deputy Chief Michael Rein on June 4.  “This will acknowledge receipt of the report made by you on June 1, 2015 concerning the actions of a member of this department which occurred on May 29, 2015.”

The Friday, May 29 date, however, was the date that New Brunswick Today first showed the videos the Media Relations, and June 1 was the following Monday when the RUPD contacted the author of this article for the first time.

The author of this article has attempted to correct the record, but so far has not been granted a meeting with internal affairs or garnered an email response for the past 11 days.