OLD BRIDGE, NJ–The newer of the two Walmarts in Old Bridge closed for at least 10 hours over the weekend of May 16-17 due to nine car batteries that were apparently damaged after falling off a shelf in the automotive department.

“There was a battery leak at which point the fire department was called. They recommended that we evacuate the store while our hazardous waste team came in for clean-up, which we did,” Aaron Mullins, a Walmart Spokesperson, told New Brunswick Today.

The new store, located on Route 18 South and Spring Valley Road, is normally open 24-hours daily but closed on Saturday evening at about 7:00 p.m. and re-opened at 5:00 a.m Sunday morning.

An employee who was intercepting customers outside other store doors said that there had been a battery leak.

At that time, a couple of hazardous materials emergency response spill unit (HAZMAT) trucks were already parked in front of the entrance on the far left of the store. 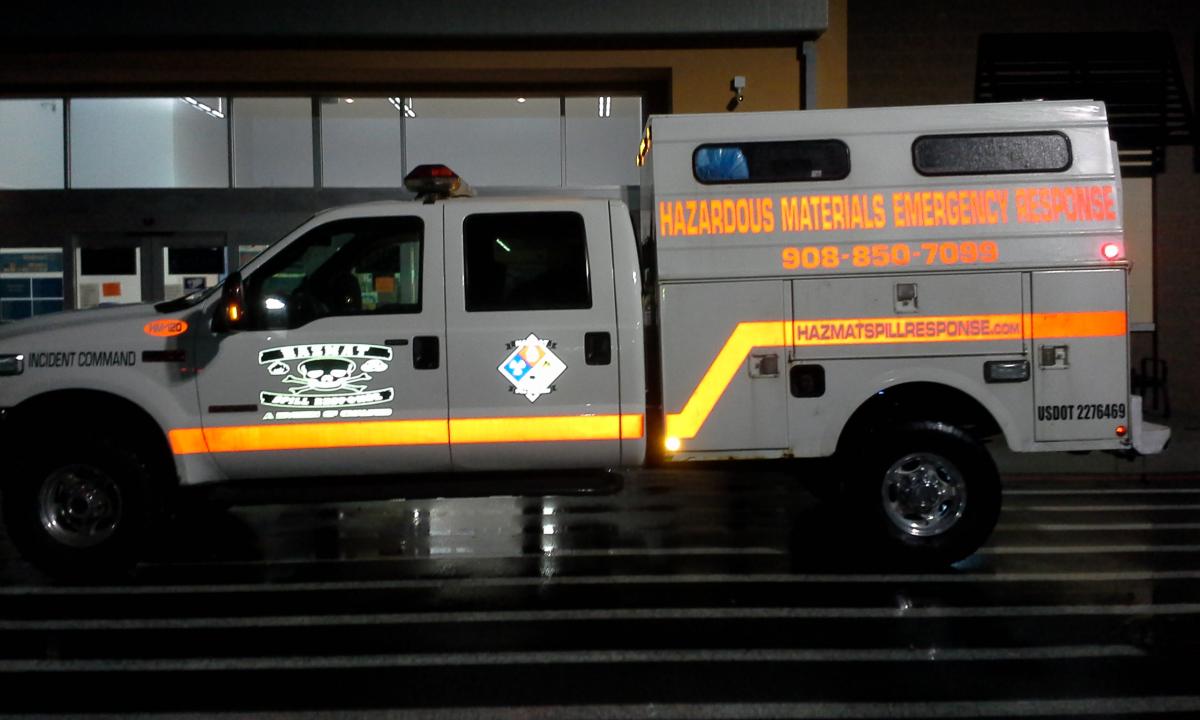 “They just said it was a leaky automotive battery,” said Mullins, adding he did not know any more specifics.

Asked if it was only one battery, he said: “That was my understanding.”

“Did it get damaged in transport?”

“Could have been… the management did not share that with me, I think they just found a battery leaking, so not exactly sure how it happened,” Mullins said.

But South Old Bridge Volunteer Fire Department Chief, Robert E. Verney, Jr. told New Brunswick Today: “It appeared as though the batteries had fallen off the shelf in the automotive department.”

“The count that we got was nine damaged batteries. We aren’t sure if all nine were leaking. Some had been put in a tub and moved prior to our notification. The batteries that were leaking were car batteries of various sizes.” Verney said.