NEW BRUNSWICK, NJ—On May 29 and 30, the Crossroads Theater Company is hosting their annual Genesis Festival which has been running since the late 80’s.

At the event, a wine and cheese reception will be served after the readings of two new plays.

These two plays, like all performances at the Crossroads theater company will help progress the theater’s mission, and will help keep the theater unique in its design.

Since 1978, Crossroads Theater has served as the voice for black Americans by giving them a place to speak and perform in a space that would not otherwise be available.

Crossroads Theater producing artistic director, Marshall Jones III says that the theater is different from any other because it shows the culture of black Americans and it hosts original works. Further, he is proud of the audience’s diversity—stating that non-black members learn something each time. 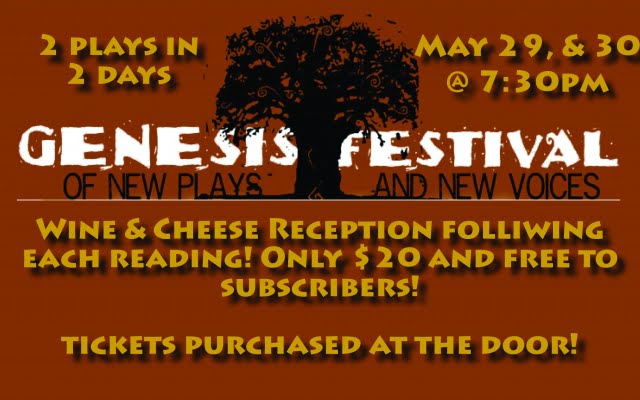 The performance is unusual because it acts as a way for the performs and playwrights themselves to learn something about their craft.

Next season’s schedule has not been released, but Jones said that one show will be an original comedy and another will be an encore show returning to the theater that has been shown already at the theater and has been seen by Michelle Obama.

The festival begins at 7:30pm and admission is $20.  Tickets can purchased at the door and the show is free for Crossroads members.

Marshall Jones III hopes that the event will give the playwrights a clearer understanding of the work they are working on. He comments that the Genesis festival is, and has always been, “for the playwrights”, making it a unique performance.

The Genesis festival of New Plays is one such event that helps keep the black voice alive in the theater, completing the theaters mission: “To create and present professional theatre of the highest standards of artistic excellence that celebrates the culture, history, spirit and voices of the entire African Diaspora.”