Conflict Over The Future of Organization For Douglass College Alumnae

NEW BRUNSWICK, NJ–Rutgers University has sparked a controversy by asking the Associate Alumnae of Douglass College (AADC), which maintains relationships with the alumnae of the historic women's college, to transition to a university-chartered alumnae organization.

“We were informed that the University and Dean Litt were instituting a set of changes which will have the effect of discrediting the AADC and terminating the role of the AADC as the primary fundraiser for Douglass Residential College and the organization that serves Douglass alumnae,” wrote Jeanne M. Fox, president, and Valerie L. Anderson, executive director of the AADC, in a letter to alumnae and friends.

The AADC was given 30 days to agree to the directive issued by the University, wrote Fox and Anderson, or they will lose all services that Rutgers currently provides under a 2005 Memorandum of Agreement.

The transition to chartered alumnae organization would also cut fundraising for the AADC’s expenses as an organization, and to stop running events and programs for students and alumnae, Fox and Anderson said.

The University has already taken steps to cease the organization's access to critical shared information, as well as alumnae and donor records that reside on Rutgers-owned servers, Fox said.

Supporters of the ADDC created a petition on change.org in opposition to this decision for change, with nearly 1,500 online signatures.

According to the petition, if the AADC becomes a regular chartered alumni organization, the AADC would be required to stop all fundraising.

“This would a be a terrible loss for Douglass. The AADC has raised millions of dollars to support Douglass programs, to provide needed scholarships, and to provide access to needed resources,” the petition said.

The petition has been organized by alumnae of Douglass College who are deeply concerned for the future of the college they all hold near and dear to their hearts, the petition said, and to which they credit much of their success.

Notably, Rutgers waited until the AADC completed our Capital Campaign, which raised almost $42 million for Douglass, Fox and Anderson said.

According to the Douglass Alumnae website, the impact of the Campaign meant continuing its commitment to women’s education by providing financial support for students:

“I haven’t heard Rutgers say it doesn’t like “what” the AADC is achieving—notably its impressive levels of fundraising. Accusations seem to be aimed more at the AADC’s 'how,'” Jennifer O’Neill, Rutgers alumni, wrote in a letter to Robert L. Barchi, President of the University.

“If that’s the case, let’s hear specific examples of what isn’t working and your detailed proposal for how to improve the outcome. Until then, you just seem like bullies. And I will not donate my hard-earned money to organizations led by bullies,” O’Neill said.

“What’s getting lost in this discussion is the fact that students will have all of the resources and support that they need to succeed. I would like to take this opportunity to provide you with the facts. Be assured that this decision will strengthen the college moving forward,” Litt wrote in an updated letter.

“Know that for years we have attempted to address the issues with the AADC, only to be met with a lack of cooperation and contention. It was with great sadness that we found ourselves in the position of needing to restructure the relationship with the AADC. But the change was necessary if we are to continue to grow and thrive,” Litt said.

“I implore you: Be the change you want to see in this situation,” O’Neill wrote, “Lead by example and insist on the same from every university representative involved in this matter … for the sake of every student and every current and future alumna/alumnus watching you.” 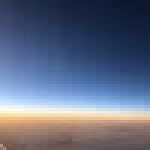