NEW BRUNSWICK, NJ–Comic Sanctuary, a new comic shop that opened in March of this year, is located at 135 Easton Avenue right above the popular restaurant Sanctuary

The owners of Comic Sanctuary Bryan Coe and Jackie Fellin are excited to be in the area and are ready to build their brand.

Coe explained, "This is our first time owning a business, Comic Sanctuary is all new. There was a comic book store in this location previously, but they relocated to a different town entirely back in January."

"We renovated the store ourselves: a new coat of paint, new shelves, we had a contractor re-do the counter-top and put in some other modifications, and steam-cleaned the carpet."

The new renovation gives the store a fresh aesthetic and really differentiates Comic Sanctuary from the previous shop, 3rd Earth Comics, which re-located to Phillipsburg.

Bryan was previously employed at a comic book store in South Jersey for ten years. During that tenure he gained a skill set that have carried over to his new business.

“I did everything there, running the register, making recommendations to customers, assisting them in finding items, cleaning, stocking the shelves. Now I get to be the boss.” 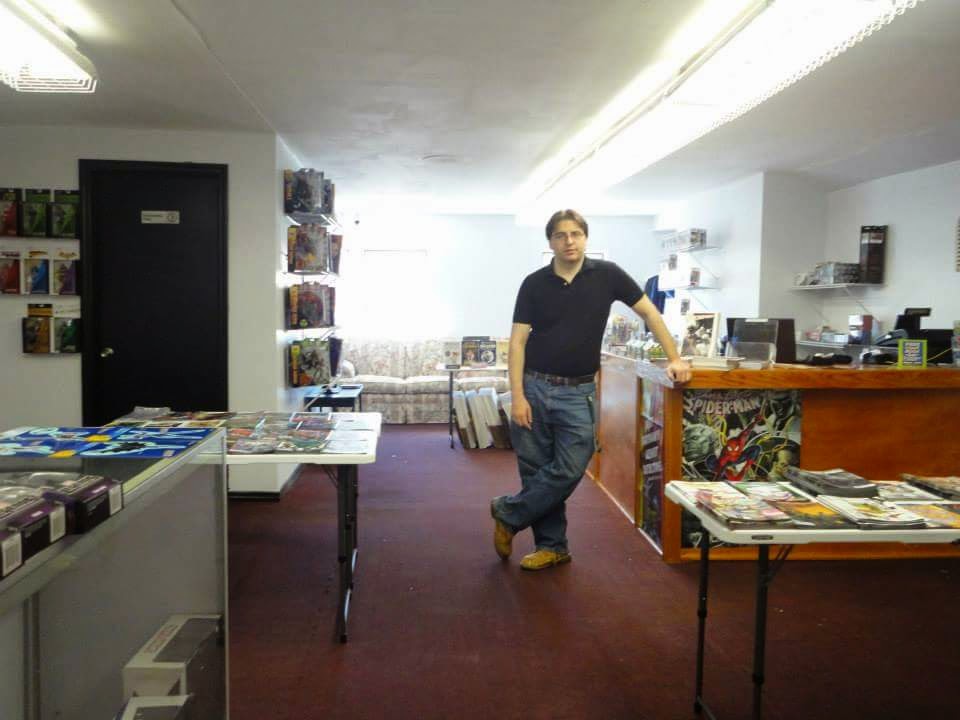 Jackie and Bryan have been making a big push to spread the word about their new business.

They updated the information about the location in the comic shop locator service at www.comicshoplocator.com, passed out fliers to businesses in the neighborhood, and attended Rutgers' annual "Geek Week" celebration as a vendor.

The reaction from customers has been overwhelmingly positive.

The duo makes it keeping the store clean, organized and well-lit was a high priority.

“I wanted a store that was friendly to all, a place that you could feel comfortable spending a lot of time in. Several customers have been impressed with our selection, of comics and games like Magic: The Gathering and Munchkin, and our trade paperback shelves.”

They will have a sale going on that weekend as well, but there won't be any purchase necessary to get a free comic.

Comic Sanctuary is also doing a one-day sale the following Monday for the Star Wars "May the Fourth be with you" with related comics being discounted.

They also have sign-up sheets in the store for potential tournaments and game nights involving Heroclix and Magic: The Gathering.

Coe told New Brunswick Today, "Once we have enough people on either we'll give it a go."

"We're also working on getting comic book writers and artists in to do signings."

The store owners can be reached at [email protected] or through their Facebook page.