NEW BRUNSWICK, NJ— While students at Rutgers have been paying $32 for a company to monitor them while they take online tests, the school has revealed that it doesn’t have a contract with Verificient Technologies, the makers of the student-monitoring, anti-cheating software ProctorTrack.

“Although some schools are still evaluating ProctorTrack, Rutgers has already deployed it among several thousand students, the company said,” according to a report in the New York Times.

The public debate over ProctorTrack was first reported by New Brunswick Today in February, after Rutgers senior Betsy Chao started an online petition speaking out against the software.

ProctorTrack uses remote monitoring technology to collect audio, video and web activity of a student as they are taking an exam. ProctorTrack also scans of the students’ ID, face, and knuckles to make sure the student is not consulting outside, unauthorized sources.

Students voiced their opposition to the $32 fee for downloading the software, as well concerns over who might have access to the data, and how the data would be stored and when it would be deleted. 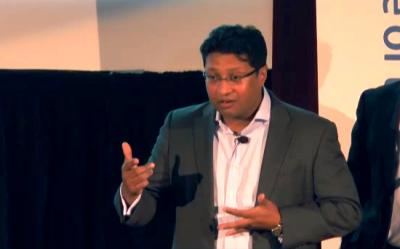 Verificient CEO Tim Dutta told Times reporter Natasha Singer that the idea for ProctorTrack came to him when he was working to create a similar system for the federal Transporation Security Agency (TSA).

Dutta stressed that the video and audio of test-takers is deleted within 30-60 days of an exam.  But the company’s privacy policy features a variety of circumstances in which student data could still be disclosed to third parties.

Personal data could be shared with third-party service providers, or be shared in the event of a merger or bankruptcy.  The policy further states that the company may unilateraly amend its policies at any time.

Rutgers’ custodian of records indicated that a contract exists between Rutgers and Verificient, but that it has not been signed by all parties, meaning that no official agreement is in effect between the two entities.

New Brunswick Today filed a public records request with Rutgers on March 18, seeking a copy of the company’s contract. Rutgers asked us to narrow down a time period that our request covered, and we complied.

Nearly a month after the initial request, the school’s custodian of records finally responded that the request could not be satisfied because no such records existed.

“Our understanding is that it is currently in draft form, it has not been fully executed,” said a representative of the Rutgers Office of Enterprise Management, Ethics, and Compliance. “A draft does exist.”

“There is one draft that is not currently executed,” said the representative. “Under [the NJ Open Public Records Act] we are not obligated to disclose it because it’s considered draft form which is advisory consultative or deliberative.”

“Once a document would be fully executed in its final form, then we would be obligated to release it.”

Student oppostion to ProctorTrack pointed to the possibility that the roll-out of the software was rushed, lacking adequate notification to the students forced to incur the costs.

“I would have been more hesitant in registering for any online class,” Betsy Chao wrote in her petition, “Emails about officially mandating the use of Proctortrack were sent out during the third week of classes.

The University introduced the software with no public announcement to the general public or the press, and its implementation came just weeks after Verificient received a patent from the federal government. Rutgers President Robert Barchi admitted in an inteview with the school’s student newspaper, The Daily Targum, that the university may not have done enough to inform students the costly software would be more or less required.

Months earlier, a spokesperson for the University stressed that students had ample time to learn about and purchase the software, as well as drop the class if they desired.

Verificient CEO Tim Dutta, in conversations with New Brunswick Today and the Florida-based newspaper Fusion, stressed that 3,000 Rutgers students downloaded the software “smoothly,” despite the opposition.

Meanwhile, students at other schools are paying as little as $15 for the same software, in cases where the schools entered formal contracts with Verificient.

EJ Miranda, a spokesperson for Rutgers, said that the University does not receive any funds from the company, and that the $32 fee is a “financial transaction between the individual student and the company.”

“The pricing for the ProctorTrack software is set by Verificient,” Miranda added.

New Brunswick Today obtained two contracts between Verificient and other public schools that use ProctorTrack software.

In both cases, students fees for the software are far lower, less than half of the fee Rutgers students have been paying. 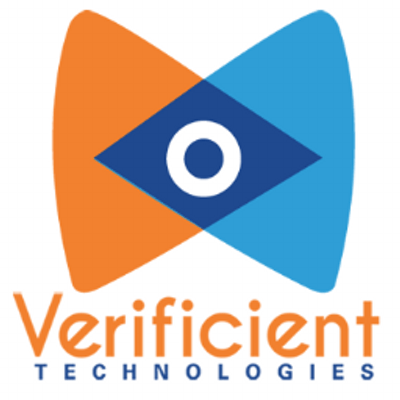 An August 2014 pilot agreement between Nevada State College and Verificient paid the company $3,500 to integrate its software into the college’s online learning program “Canvas.”

The pilot program covered two courses totalling 40 students.  In exchange for the $3,500, Verificient would be responsible for client set-up within Canvas, and for providing training and support for faculty and students. But, after the 40th student, each student would pay a $15 fee to Verificient.

ProctorTrack was integrated and tested within a week and half after the contract was signed at NSC.

Meanwhile, a March 2014 agreement with the University of Southern Florida (USF) also calls for a pilot program before a formal rollout.

That pilot would include $3,000 paid to Verificient by the school, along with a $12 fee charged to students.

After the pilot program, USF would be charged a total of $25,000 for the automated proctoring.  “2013 promotional pricing” would extend for 6 months after the contract was executed in March 2014, after which the price of the software will increase to $15 per student.

A list of frequently asked questions about the software on the Rutgers website indicates a few other universities that use the software.  In addition to those already mentioned, the list includes the Universtiy of Southern California, Maryville University, Cornell, and St. George’s University Medical School.

It’s not yet clear whether any of those schools have contracts in place with the company.

In order for a contract between Verificient and Rutgers to be fully executed, the document would require signatures from both a company representative and someone authorized to sign for Rutgers.

Rugers policy dictates that signatory authority is given to the University President, Executive Vice President for Academic Affairs, Senior Vice President for Finance and Administration, and the Chancellors of Rutgers-Newark and Rutgers-Camden.

The Board of Governors could grant signatory authority to an official within the University on a case-by-case basis.

Dutta, the Verificient CEO, told the Times that the purpose of the software was not to identify cheaters, but rather, to verify the identity of the student enrolled in the online course.

“We are really about ensuring the integrity of that online credential,” Dutta told the newspaper.

Though as student opinions have suggested, the software flags many kinds of seemingly ordinary behaviors. .

“Changes in lighting can flag your test for a violation,” reads software guidelines on the company website.  “Even stretching, looking away, or leaning down to pick up your pencil could flag your test.”

“Once the red frame appears, you may not leave the camera view until the test is finished,” the guidelines also read, going on to state that students should not take bathroom breaks or wear anything that would obscure the student’s face. 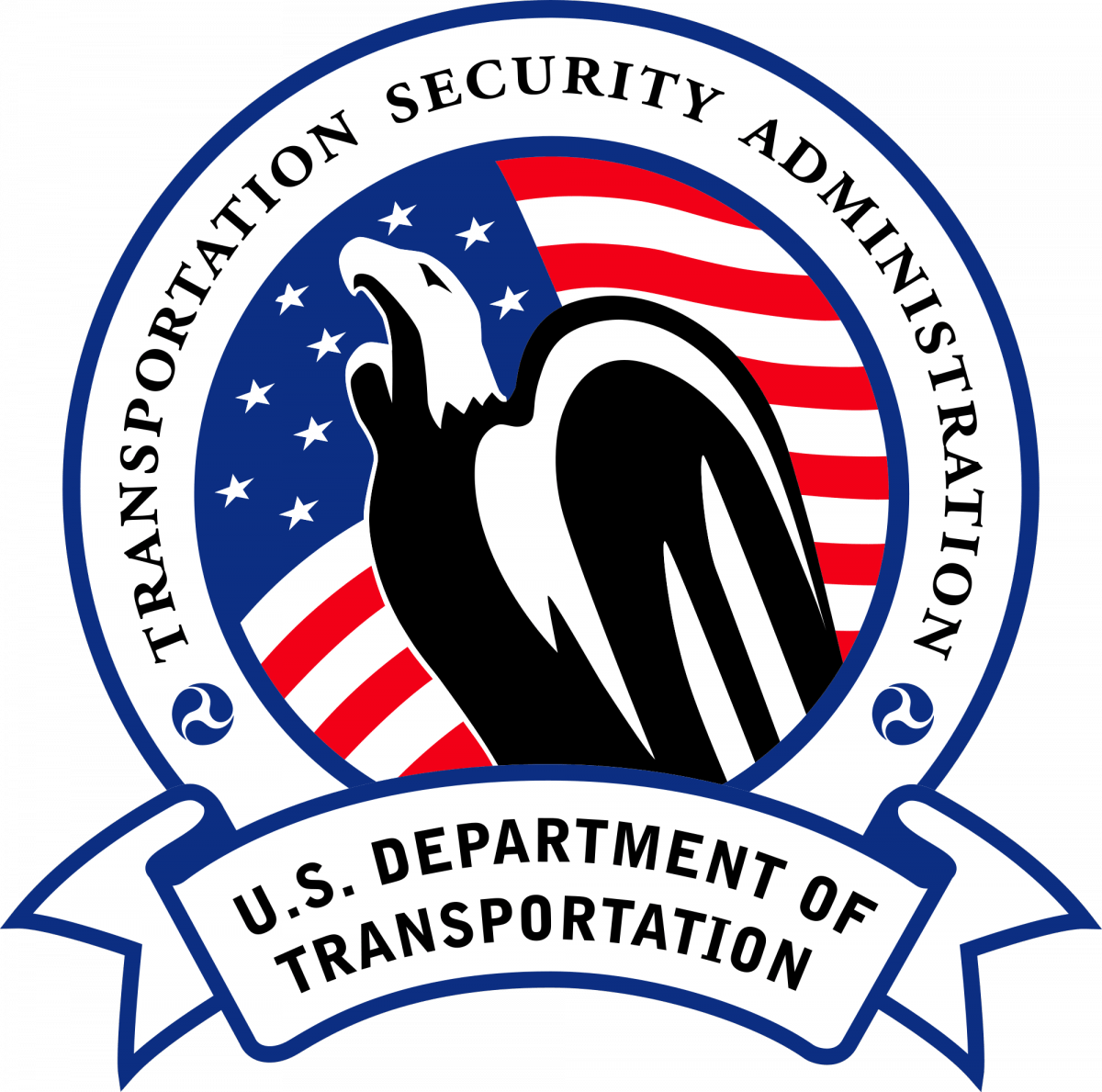 The program employs specially-trained TSA officials, known as “behavior detection officers,” to observe, watch and interact with crowds as they pass through security checkpoints, seeking out individuals displaying suspicious behaviors that could mark them as potential terrorists.

The checklist features an array of behaviors divided into different categories.

“Behavior detection, which is just one element of the [TSA’s] efforts to mitigate threats against the traveling public, is vital to TSA’s layered approach to deter, detect and disrupt individuals who pose a threat to aviation,” a TSA spokesperson told The Intercept.

“We are seeing similar things with Proctortrack,” Johnson told the New York Times, “It’s built on this belief that human behavior can be reduced to an algorithm and, if you deviate from that behavior, it’s a problem.”

And not everyone agrees that the strategy is a successful one, including the American Civil Liberties Union (ACLU).

“The TSA continues to use pseudo-scientific ‘behavior detection’ techniques that have given rise to persistent allegations of racial and ethnic profiling at our nation’s airports,” reads an ACLU statement on the TSA’s “behavor detection” techniques.

Other statement by the ACLU stress that, “Humans barely do better than 50% in trying to guess whether someone is being deceptive.”

“Supposed experts such as cops and customs agents are not better than anyone else,” the organization says, adding that there are”few if any reliable cues to deception.”

Rutgers President Bob Barchi and other University officials have posited that the school is required by federal law to have an anti-cheating system in place for online classes.

“We have a requirement – a federal requirement – that we can document that the people who are taking the test and getting credit for the course are the ones that we think they are,” Barchi told the school newspaper.

“We have to be able to do that, one way or the other. Whether you like Proctor or another system, we have to do it.”

Rutgers University officials have also maintained that downloading and using the ProctorTrack software is not required.

Instead, students would have the option to take the exam in the computer lab of the Center for Online and Hybrid Learing (COHILT), rent a webcam from the Mason Gross Arts Online office or use in-person proctoring services from COHILT.

But as the New York Times reported, students who request in-person proctoring would face a charge of $40 per exam, or $80 per class, far more than the ProctorTrack software costs.