NEW BRUNSWICK, NJ—The Rutgers Office of Fraternity and Sorority Affairs (OFSA) has placed a ban on all “Greek Life” parties for the rest of the semester, according to several sources.

The decision to ban fraternities and sororities from hosting any parties comes in the wake of several high-profile investigations into incidents that occurred at fraternity houses on College Avenue.

On the night of Wednesday, March 31, Rutgers officials announced the new decision in a meeting that went well into the wee hours of Thursday morning.

There, sources say Dean JoAnn Arnholt and senior staff at OFSA held a meeting with the presidents of each fraternity and sorority, as well as their respective governing bodies, the Interfraternity Council, the Pan-Hellenic Association and the Panhellenic Council.

Erin Kearns, the Panhellenic President, told New Brunswick Today, “The decision our advisors made is not a punishment for our community.”

Instead, she said it was intended to protect the safety of the Greek community and allow for reflection .

“It’s a yellow light to allow us to reflect on how and what we can do to be a better Greek community,” she added.

“Their decision process was to keep our members safe as it always is.  They do not want all of the good we do and the positive strides we have made as a community to go to waste.”

The ban would not affect formal events, such as balls and dinners, which are usually held outside of the fraternity and sorority houses.

Rutgers President Bob Barchi addressed concerns over the future of Greek Life at a recent student government meeting on March 26, in response to a question from Inter-Fraternity Council VP Justin Schullberg.

“On how you decide you should be going forward, I don’t think it’s my job to tell you that,” Barchi said.  “They’re your fraternities, they’re your future, you should be making the decisions about how they should evolve.”

Rutgers has seen more than its fair share of Greek Life controversies over the course of the 2014-2015 academic year. 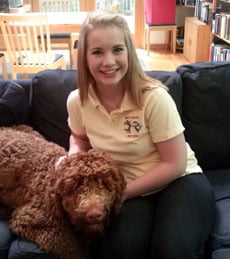 An investigation by the Middlesex County Prosecutor’s Office revealed alcohol poisoning to be the cause of death.

DKE has since been suspended pending a disciplinary review by Rutgers, according to University Spokesperson EJ Miranda.

Though the fraternity continues to occupy their home on College Avenue, their letters were quietly removed from the home earlier this year.

Only six weeks after the tragic incident involving Kovacs, a 20-year-old student was hospitalized after a party at the Sigma Phi Epsilon House and treated for severe intoxication.

The Rutgers chapter of “SigEp” had been poised for disciplinary review until national leadership from the fraternity’s Virginia-based headquarters announced on March 25 that it would be revoking their charter.

The loss of backing effectively put an end to the disciplinary process, and means that Sigma Phi Epsilon would no longer be recognized by the University.

“Rutgers is committed to maintaining a healthy and safe campus environment and takes alcohol and other substance abuse by students very seriously,” a Rutgers spokesperson told NJ.com

“When chapters affiliate with Rutgers, they accept the rights and responsibilities of membership in the university’s academic and social community,” the spokesperson continued.  “They are expected to maintain the standards of behavior set by the Code of Student Conduct and the university takes appropriate measures to ensure these organizations operate in accordance with those standards.”

But an anonymous source told New Brunswick Today that Rutgers might have had other motivations for taking a hardline stance against Sigma Phi Epsilon, partly because their frathouse occupies prime real estate.

“The University is attempting to de-recognize and throw out a fraternity on its New Brunswick campus in what may be an attempt to purchase a strategically-located building across the street from [Rutgers’ administrative headquarters],” the source wrote in an email on March 1, several weeks before the fraternity was shut down. 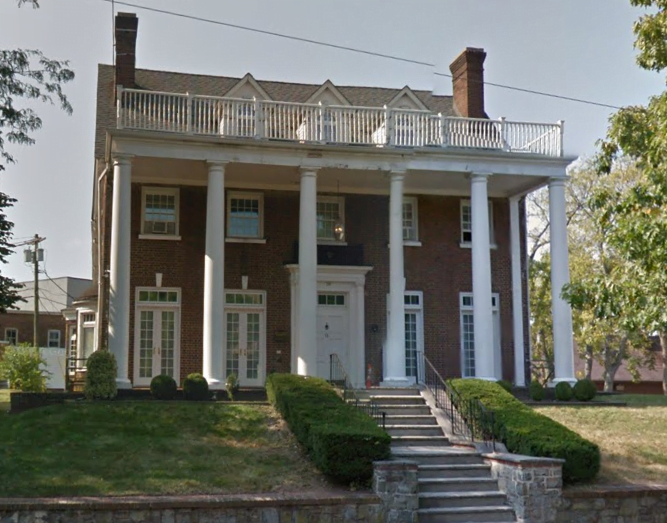 The Rutgers chapter of Sigma Phi Epsilon currently leases their 18 College Avenue residence from Zeta Psi, another fraternity that lost its official status in recent years.

Not only is it located across from Old Queens, the school’s oldest building.  It’s also located on a block sandwiched between the city’s tallest building, and a new 15-story student apartment building currently under construction.

The source said that SigEp had an option to renew its lease all the way through 2020, and speculated that the university did not want that to occur.

“The speculation is that the University wants to purchase the building from Zeta Psi as part of their ongoing land buying and development efforts, and in doing so must ensure Sigma Phi Epsilon does not renew its lease.”

Most of the issues involving discipline of Greek organizations have been kept quiet by all involved.

On April 1, the Omega Phi Beta sorority was reinstated following an investigation for reasons not revealed by Rutgers.

The climate for Greek Life, both at Rutgers and other schools across the country, is increasingly challenging.

Universities, as well as the national organizations that support such organizations, often find themselves on the defensive of accusations that can severely damage their reputations.

“Currently nationwide there has been a negative aura around the work ‘Greek’ when it comes to college involvement,” Kearns told New Brunswick Today.

“There have been anecdotal situations that have caused this negativity with our community… One member reflects a chapter, one chapter reflects all of us – especially in the media.”

The University of Oklahoma recently ended its relationship with the Sigma Alpha Epsilon fraternity, expelled two of its members, and disciplined more than two dozen others, after a video of fraternity brothers singing a racist chant that included slurs and references to lynching.

That came on the heels of a recent controversy at the University of Virginia (UVA), regarding an alleged rape that proved to be fictitious.

In response to a recent question from a student, the Rutgers President referenced the incident, emphasizing that universities must proceed with caution and care during investigations of sexual assault, getting all possible sides of the story.

Rolling Stone magazine sparked the controversy with an article that outlined an alleged gang rape carried out on a female student by members of the Phi Kappa Psi fraternity at UVA.

In the resulting fallout, UVA suspended all fraternities for the remainder of semester, and fraternity members were victimized by harassment and vandalism.  But under scrutiny from law enforcement and other media outlets, the story unraveled.

Months later, the Charlottesville Police Department announced that the story had “serious discrepancies,” and that there was nowhere near enough evidence to suggest that the incident had ever occurred.

“We’re not able to conclude to any substantive degree that an incident that is consistent with the facts contained in that article occurred at the Phi Kappa Psi fraternity house or any other fraternity house for that matter,” Charlottesville Police Chief Timothy Longo said at a press conference in March.

The fraternity responded by releasing statements that it would be “exploring its legal options to address the extensive damage caused by Rolling Stone.”

Rolling Stone, in turn, commissioned its own external review by the Columbia University Graduate School of Journalism. An editorial by the magazine issued an apology to its readers, elaborating that the author had made an agreement with the accuser not to contact any members of the fraternity as part of her reporting.

The accuser declined to cooperate with police, or to be interviewed by Columbia, and ceased communication with many sexual assault advocates who had previously supported her.

On April 6, Rolling Stone officially retracted the article, with its author Sabrina Erdely issuing an official apology to the magazine’s readers, her colleagues, and “any victims of sexual assault who may feel fearful as a result of my article.”

Still, despite the growing controversies at fraternities and sororities across the nation, membership in these organizations seems to be on the rise.

Rutgers is currently home to 86 fraternity and sorority chapters.

According to published reports, Rutgers saw its Greek Life population soar from 1,450 to 4,500 students in the past decade.  So-called “Greeks” now makes up roughly 10% of the total student body.

“Fraternities and sororities have served as outlets for students to grow, learn, and come together for over a hundred years,” said Kearns.

“We as a community are making the most of this time to come together and figure out how we can not only better our community but Rutgers culture,” she said.  “We plan to do that through an array of positive programming about alcohol safety, the effects of mental illness stigma, and more issues that affect college students.”

A report by the National Panhellenic Association reports that membership in fraternities and sororities has increased by 10% each of the past two years, while the North-American Interfraternity Conference reports a 45% membership increase over the past decade.

The American Freshman Survey, based in the University of California Los Angeles (UCLA), reported a steady increase in nationwide interest in Greek life: 16% of women and 11% of men reported that they were interested in participating in Greek Life.