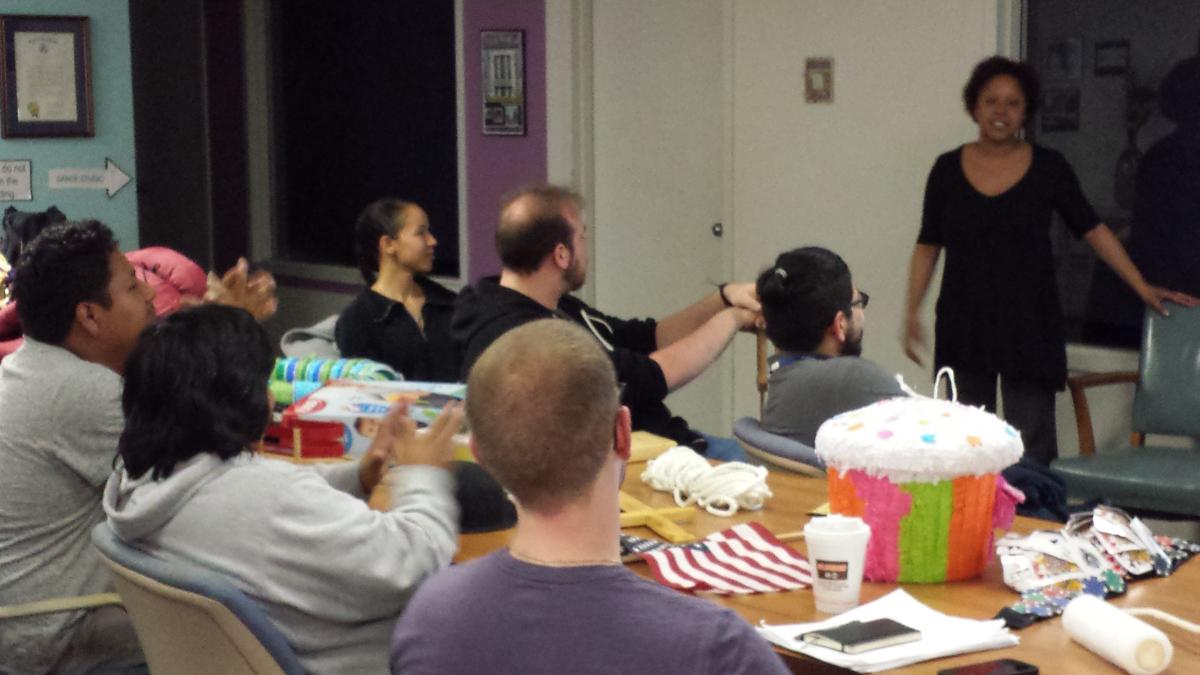 NEW BRUNSWICK, NJ—coLAB Arts, a local non-profit arts organization, is working to put on a series of "48-hour Musicals" event, the first in the area, in conjunction with the Hub City Music Festival.

The non-profit has paired theater professionals with New Brunswick DIY-scene bands, and tasked the groups with creating new and original 15-minute musicals within a 48-hour time frame.

The musicals will be performed on Sunday, April 19, from 6-8pm at Pino’s Gift Basket Shoppe and Wine Cellar at 13 North 4th Avenue in Highland Park.

For the event, there are four teams that consist of a director, a playwright, a band, and actors.

The teams started writing and rehearsing at 6pm on Friday, April 17, and are continuing through the weekend.

The groups are currently composing the musicals at Crossroads Theatre and other locations across the city.

The performances will be stripped down, and will incorporate concert staging.

The musicians involved in the event are bands Little Rose, Red Giant, Electric Trip, and Miguel Romero, of Paradise Lost.

There is a suggested donation of $10-$20 for the performances, and all proceeds for the event will benefit Elijah’s Promise, a local charity that fights hunger and poverty in the area.

Editor's Note: The author of this article is a collaborator with coLAB Arts.