If the plans are approved by the city’s Planning Board at their February 26 meeting, David Abisleiman would be permitted to build an 18-unit apartment building with two storefronts on the ground level on the 9,500 square foot piece of prime real estate, along the busy street.

The variance application is the only item on the agenda for the board’s 7:30pm meeting, which will be held on the top floor of City Hall. The hearing is open to the public, and anyone is permitted to ask questions or make comments about the proposal.

Abisleiman is asking the board for permission to build a four-story apartment building on the site of a former restaurant (Teresa’s) and coffee shop (Cafe 52) that were badly damaged in the March 2004 fire.

For years, the land has been in the Abisleiman family, which has operated the popular restaurant Evelyn’s for decades.  According to property records, it was sold to David, a Somerset resident, for $1 in 2007. 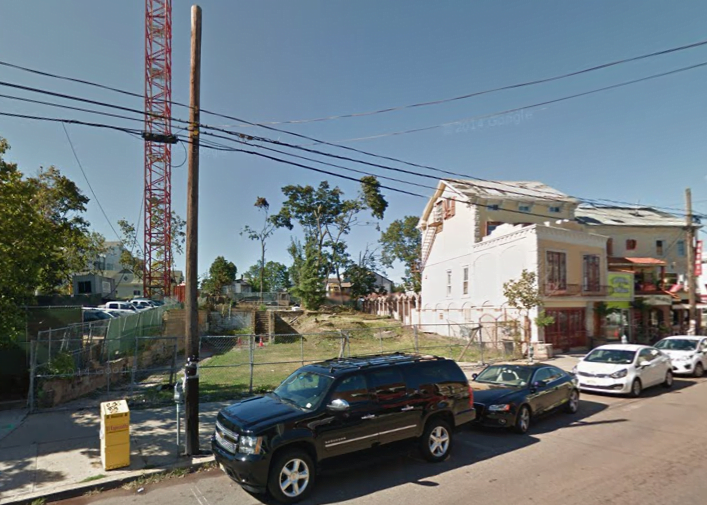 The developer of the neighboring highrise, Boraie Development, actually fought against Abisleiman’s proposal, forcing the Planning Board to delay a scheduled hearing on the application in September due to litigation between the two property owners.

The board, which has been occupied for months with a controversial application to build a four-story building on Mine Street, scheduled the extra meeting to accomodate Abisleiman’s application for the required variances.

Unlike the Mine Street proposal, the plans for 50 Easton Avenue include no on-site parking, even though the city’s zoning ordinance would normally require 59.3 spaces for the residents and visitors to the building.

Mitch Karon, the NBPA’s Executive Director, confirmed that the city agency will offer “up to 18 non – exclusive spaces in either Gateway or Wellness garages depending on availability at the time the project is completed.”

“The users would pay market rate that is in effect when needed,” said Karon.

Lanfrit said he also thinks his client’s “target market” would include many people who don’t need cars, including local workers, people who would take the train to New York City, and Rutgers University students.

Though the building height variance is required because the elevator shaft protrudes above the building’s roof, original plans called for an even taller building.

“We originally started with a six-story building,” said Lanfrit.