PISCATAWAY, NJ—Ever wonder where ideas for products like Google Glass and Chromecast come from?

Here’s a hint, not every product that displays the Google brand name originates in Silicon Valley.  Sometimes the ideas behind these inventions come from people all over the world who just like to dream big.

“I really wanted to expose what we’re doing to a broader audience,” said Susan MacKay, a pioneer who presented on a way to create drinkable water from industrial contaminated water.

“This is a way for us to gain support, not just financial support but also the kind of support from partnerships.”

The other three pioneers include Lou Elwell, co-founder and CEO of Bio Soil Enhancers, whose “SumaGrow” fertilizer will potentially increase industrial farm yields while lowering their operating costs.

Research Assistant at Stevens Institute of Technology and current Ph.D student Wenting Zhang, presented a treatment to extend the five-year survival rate of the incurable disease known as multiple myeloma.

A disease that is classified as a form of plasma membrane cancer, grows in the bone marrow and causes renal insufficiencies and a host of other symptoms.

Rutgers professor and founder of SolidiaTech, Dr. Richard Riman, presented a moonshot on how to create environmentally friendly cement and trash.

“I think it’s just amazing what some of these pioneers can do,” said founder of GDG NJ Todd Nakamura.  “It’s a win-win-win really.” 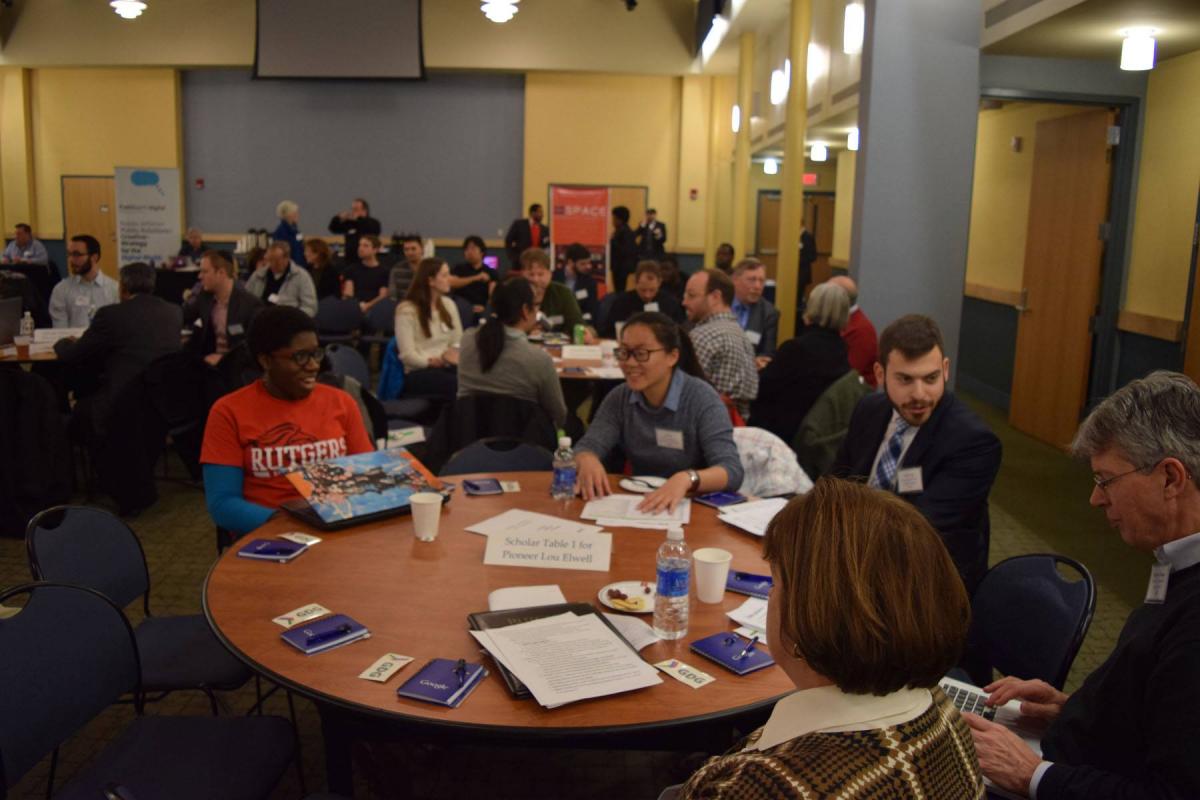 “They’re the brainstormers, they’re the one’s that are going to accelerate progress,” he said.

“We have all these people looking at these concepts from all these different angles and trying to move it forward and find out what the potential pitfalls might be.”

Jacob Levy, a partner at Toin Coss Capital LLC, who came to the event as a scholar, described the importance of GoogleX and what he looks for in a potential investment.

“It’s important that people see that even if you have a crazy idea, it might not be that crazy in a few years,” he said.

“I look for [an] entrepreneur that’s willing to take advice and understand [that] we have a lot of experience in our network and is open to what we have to say.”

Nakamura credits GDG program manager Martin O’Mander with informing him of the chance to host a GoogleX event.  In order to host the event, he had to apply online and answer about 15 questions.

“They had some interesting questions: ‘Why are you interested in this program?’, ‘What was the most impactful thing someone ever told you?’” Nakamura said.

Once Google approved his request, he assembled a team he refers to as the “Core Four,” whose members include Sylvia Wandahwa, Jacqueline Melillo, Clark Lagemann and himself.

“I’ve been in the entrepreneurial tech scene for a while and these were some of the people that kind of rose to the top where I knew I had to have them on my team,” he said.  “I have to say I was lucky.”

Right off the bat, Nakamura knew that he wanted to take a different approach in the way he and his team would run the event.

Instead of just having one major event, the team decided to break it up into four preliminary events, culminating in one big finale that would showcase the top four pioneers.

“It was really important to see all these pioneers [and] hear about their ideas in person instead of just on paper,” said Melillo.

The team received over 72 applications and held preliminary rounds at Montclair State University, Google NYC, the Grommet, and Stevens Institute of Technology.

Once the top four were selected, plans were made to have the finale at the Rutgers Livingston Student Center.

“It’s a night of celebration for them,” Melillo said.  “A lot of the times, these people have extremely good ideas but they’re so immersed in the science [that] they don’t have a whole PR campaign surrounding them….I hope it [gave] them exposure.”

With the success of their first ever event, Nakamura said he is definitely open to having another one after he gets the green light from Google. But for now he’s satisfied.

“We all had a blast,” he said, “We ran ourselves rigid a little bit, it was definitely a lot of work, but it was so worth it.”