FREEHOLD, NJ—A Monmouth County judge has let New Brunswick’s chief housing inspector out on probation after he was caught with a distribution quantity of cocaine in his city vehicle.

Michael Mahony was the Chief Housing Inspector for the City of New Brunswick for nineteen years, until he was busted with a “distribution quantity” of cocaine in his city-owned truck on December 19, 2013.

Police said the ten-month investigation resulted in the seizure of 36 weapons, including 22 illegal guns, as well as 1.5 kilos of cocaine, 12 ounces of MDMA, two pounds of marijuana, and several other illegal drugs.

Though sources indicated Mahony was busted by State Police with approximately eleven ounces of cocaine, just about one year later, he pleaded guilty to possessing less than a half an ounce of the drug, a third-degree offense.

“There is a statutory presumption against incarceration for 3rd degree charges in New Jersey if the defendant has no prior criminal convictions,” said Peter Aseltine, spokesperson for the NJ Attorney General’s Office.

“Mahony had no prior criminal convictions, so there was a presumption against incarceration in this case from the beginning.”

During Mahony’s tenure, the city’s housing inspectors were the target of a federal investigation, and they were routinely criticized for overzealous and selective enforcement, while slum conditions persisted in many neighborhoods.

The case against Mahony involves nine other defendants, each of them snatched up by State Police in December 2013 and January 2014.  Among those arrested were two other public employees, as well as a New Brunswick landlord, a Cranbury-based business owner, and several other men.

Mahony was the first to plead out his charges in the sprawling investigation that authorities say brought down an underground drug and gun network.

Somewhat surprisingly, the city government has not entirely disowned Mahony, posting a photograph of him waving from a parade on the city’s official Facebook page shortly after he resigned. 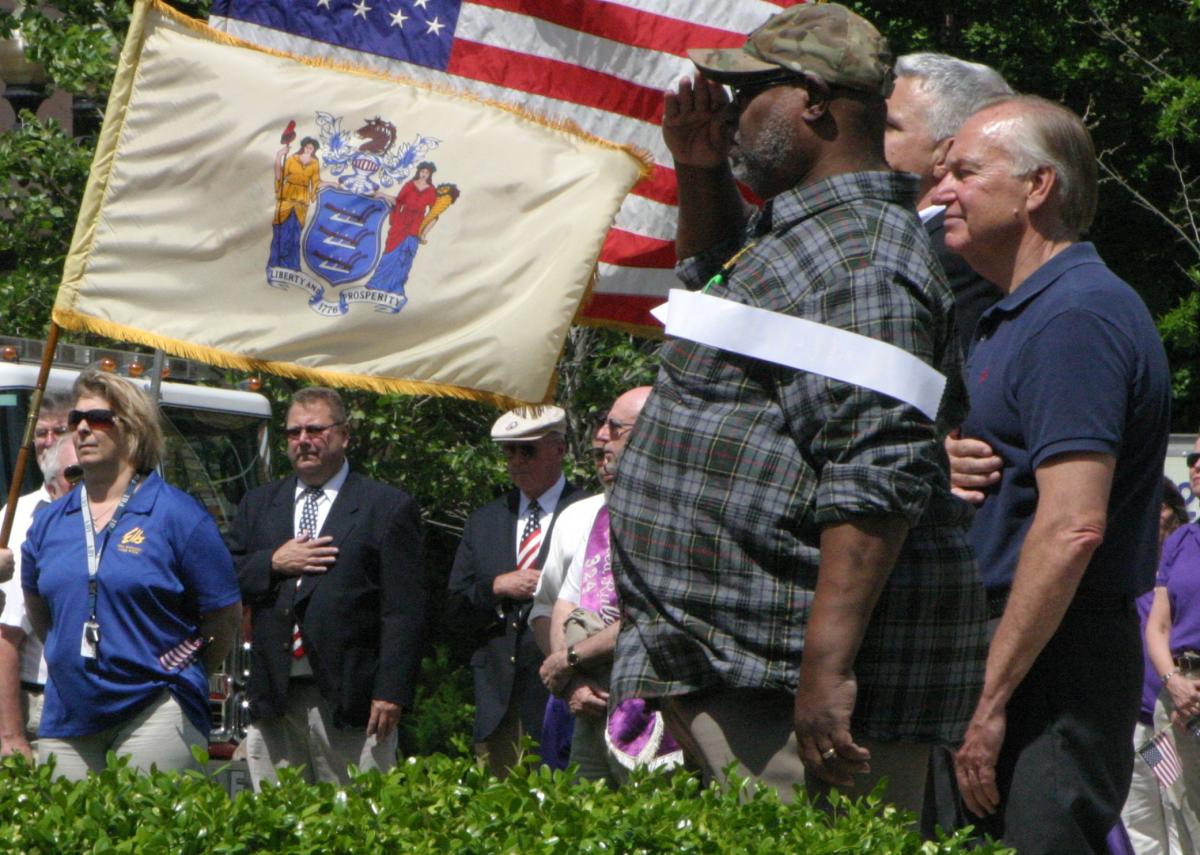 New Brunswick Mayor James Cahill, who has held the city’s highest office since 1991, downplayed the charges against Mahony in a January 9 interview with New Brunswick Today.

“What I am told, and I do not know this for a fact, that this was a single incident with Mr. Mahony, who has now plead guilty… and that there was no further information or evidence to do anything else with him,” said Cahill.

Cahill could not say for sure whether he knew Mahony before the city hired him mid-way through his first of seven terms in office.

“As to why the police department didn’t do something earlier on… I suppose the same question could be posed to the State Police,” Cahill told NBToday.

Others in city government also expressed support for Mahony throughout the prosecution.

“Mr. Mahony enjoyed a reputation as a hard-working inspector,” said longtime City Attorney William Hamilton, in response to the inital allegations against him.

“I was shocked when I read about what was in the newspaper,” said Hamilton. “His reputation as an inspector was very high.”

The case was moved to Monmouth County to avoid a conflict of interest.

The former chief inspector was sentenced to three years of probation by Monmouth County Superior Court Judge Anthony J. Mellaci Jr., according to Aseltine, who added that Mahony was ordered “to forfeit his public job and is barred from public employment in New Jersey.”

In fact, Mahony resigned the job on October 3, after being suspended without pay for nine months.

A few years ago, the same judge sentenced the notoriously corrupt former Middlessex County Sheriff to nearly a decade in jail.

Mahony was represented in court by attorney James P. Nolan, who also serves as the Township Attorney for Woodbridge Township. 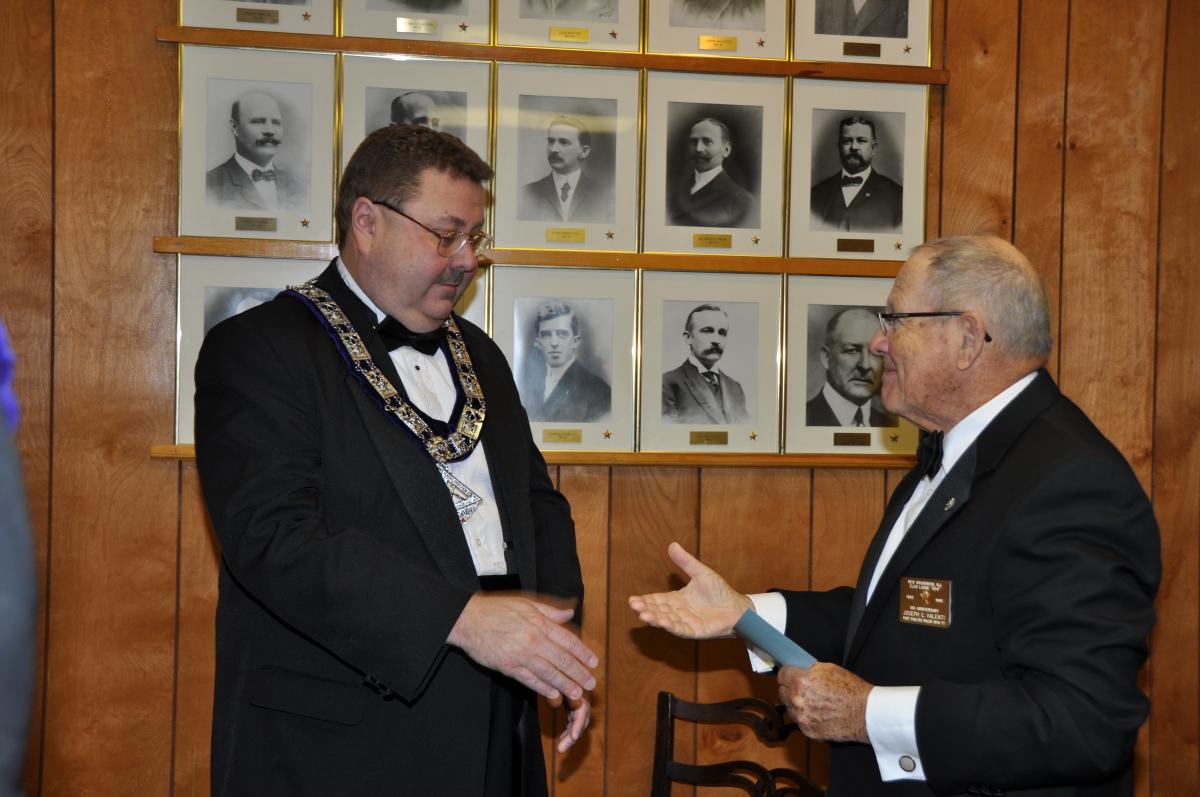 Around the time that his plea deal was brokered, the New Brunswick Elks Lodge unceremoniously dismissed Mahony as their Treasurer.

But, sources say the decision proved unpopular, and many of Mahony’s fellow Elks complained, resulting in his re-instatement the following day.

Mahony remains a controversial figure in New Brunswick, with a powerful group of supporters and a number of vocal critics.

“Mike is a good guy… We both were bartenders together back in late 70’s, early 80’s at the Budapest,” said his friend Brian McKenzie.

“Good or bad, he is a long time friend who helped out lots of people,” said McKenzie, adding that Mahony volunteered for the community in many ways, including organizing fundraisers “one after another since I known him.”

Still, his critics contend Mahony got favorable treatment from the Attorney General’s Office, Judge Mellaci, or both, due to his former position in city government and connections to high-ranking officials.

“[Mahony] knew he was not going to do no time because he got the power to tell them what to do,” said Nathaniel Williams, a man who says Mahony was engaged in a conspiracy to take his house.

Mahony survived the 2007 federal investigation into his shop, but it took down four city employees, including two of his inspectors.

A fifth official, who ran the city’s water utility, allegedly took his own life after he learned of the investigation.

The Division of Inspections merged with the New Brunswick Fire Department a couple years after the investigation concluded.

After Rawls crashed his city-owned SUV into three children on their way home from school, the city hired Alex Adkins, a former Middlesex County Prosecutor’s Office investigator to supervise the staff of six housing inspectors.