NEW BRUNSWICK, NJ—The NJ Students of Color conference, also known as “Living in Color,” will be held on Friday, February 27 to March 1 at the Labor Education Center on Cook/Douglass campus of Rutgers University.

“This is a diverse conference with no singular goal,” said Frangy Pozo, one of the main organizers of the event. “But it is largely to unify people of color across New Jersey and to walk away with knowledge of how to work together for each other’s causes.

“It is also a place to relieve tension.”

The conference is only open to people of color, said Pozo. 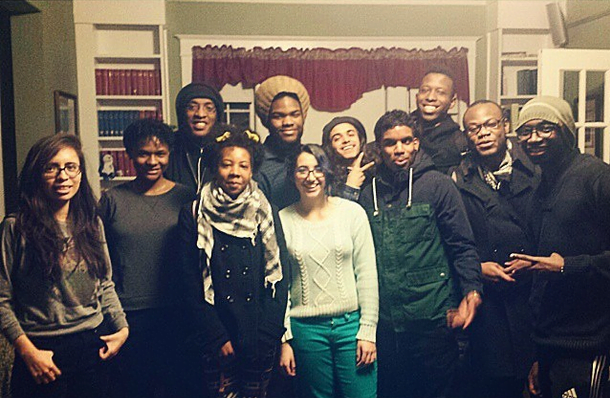 According to Pozo, the conference was organized by a coalition of more than 20 students from across the state, including those Bloomfield College, Rowan University, New Jersey City University, Rutgers-Newark, and Rutgers-New Brunswick.

One of the main organizers of the conference is Akin Olla, a Field Associate with the United States Student Association (USSA).

“We thought it was useful to bring the conference here so that we could continue the tradition of the USSA, but also to empower students of color by giving them the training and preparation necessary to fight for their own futures,” Olla told New Brunswick Today.

The USSA is a national organization with membership colleges and universities across the US, including many schools in New Jersey.  Students in New Jersey are also connected by a statewide student association, NJ United Students (NJUS).

“A lot of other statewide associations have people of color conferences, but New Jersey has never had one,” said Pozo.

In states such as California, Wisconsin, and Washington, which host members schools to the USSA, these students-of-color conferences have served as effective platforms for non-white students to address issues that are typically left out of the conversation at mainstream political events.

“NJ has a statewide student group with NJUS, but non-white persons have generally not occupied higher positions in the organization,” said Pozo.

“In politics and in life in general, most of the people who have higher positions are caucasian, and so the idea was ‘What can we create for people of color to have a voice as well, to be able to have power when it comes to organizing, to making a demand?’”

Organizers began planning the conference in September, working mainly out of New Brunswick. The conference planning committee quickly spread to include students across the state.

Pozo and Olla said they both expect to exceed their goal of attendance, with more than 150 students registered.

Registration for the conference is still open at njsoc.com, and will also be available in-person at the Labor Education Center until 6:30 pm on February 27.

The first day of the conference will focus on the importance of solidarity between people of different races, a history of the struggles of people of color achieving access to higher education, and a discussion of various stereotypes for different races, and how they may be deconstructed.

The second day will feature workshops on a wide variety of topics ranging from the prison-industrial complex to the cultural significance of hair.

And the third day will focus primarily on organizing towards a unified movement to support the issues faced by students of color.

“This is mainly my interest, but I would like to see us organize a statewide campaign,” said Pozo. “We want to have more conferences in the future, but right now, we’re just giving tools to people to love themselves as people of color.”

Olla agrees that the conference is just a first step towards organizing on a broader scale, encouraging students of color to “reframe their idea of politics and political activism [and] to see that it is something they are fully capable of getting involved with.”

“In a very big way, people of our generation have a drive and a need for political activism, but don’t necessarily have all the tools provided to them, and that’s what this conference is about,” Olla said.