NEW BRUNSWICK, NJ–The Martin Luther King Holiday is about more than having a day off, said Reverend Dr. Harmut Kramer-Mills of the First Reformed Church of New Brunswick, the speaker at the 25th Annual Interfaith MLK Celebration at Saint Peter’s hospital.

“This is the first of our problems,” Harmut Kramer-Mills said.

“The fatal misunderstanding that Martin Luther King Day is just another day off.”

The reverend added that other misconceptions about the holiday are that it is only concerned with events in the past and only concerns the issue of racism.

“It is a fallacy to assume that Martin Luther King Day is only about racism,” Harmut Kramer-Mills said, explaining that he believes the holiday is a fight for many other social justice issues as well.

Angela Reid, who did a scripture reading during the ceremony, agreed with the speaker’s claim. “It’s not about racism,” she said. “It’s about oneness and peace and love.”

“It’s about equality for all, not just the African-American people,” Reid said. “Equality and justice for all.”

The celebration included a variety of interfaith expressions, including prayers and scripture readings, as well as a number of spirituals sung by the talented Saint Peter’s hospital choir.

“For us, the Martin Luther King celebration is a very important celebration because it speaks to the heart of what we do,” Chukunta said. “We have found great value in a gathering like this.”

In his address, Kramer-Mills, who grew up in communist East Germany, compared the freedoms in America to the oppression of living in a communist nation.

“By contrast the East Germans simply outlawed these things – the right to protest and to engage in advocacy,” he said. “It’s a human right to engage in protests and advocacy.”

Kramer-Mills frequently cited King’s “Letter from a Birmingham jail” in his address to the crowd, pointing out some of the civil rights leader’s strong admonitions for the Christian church. 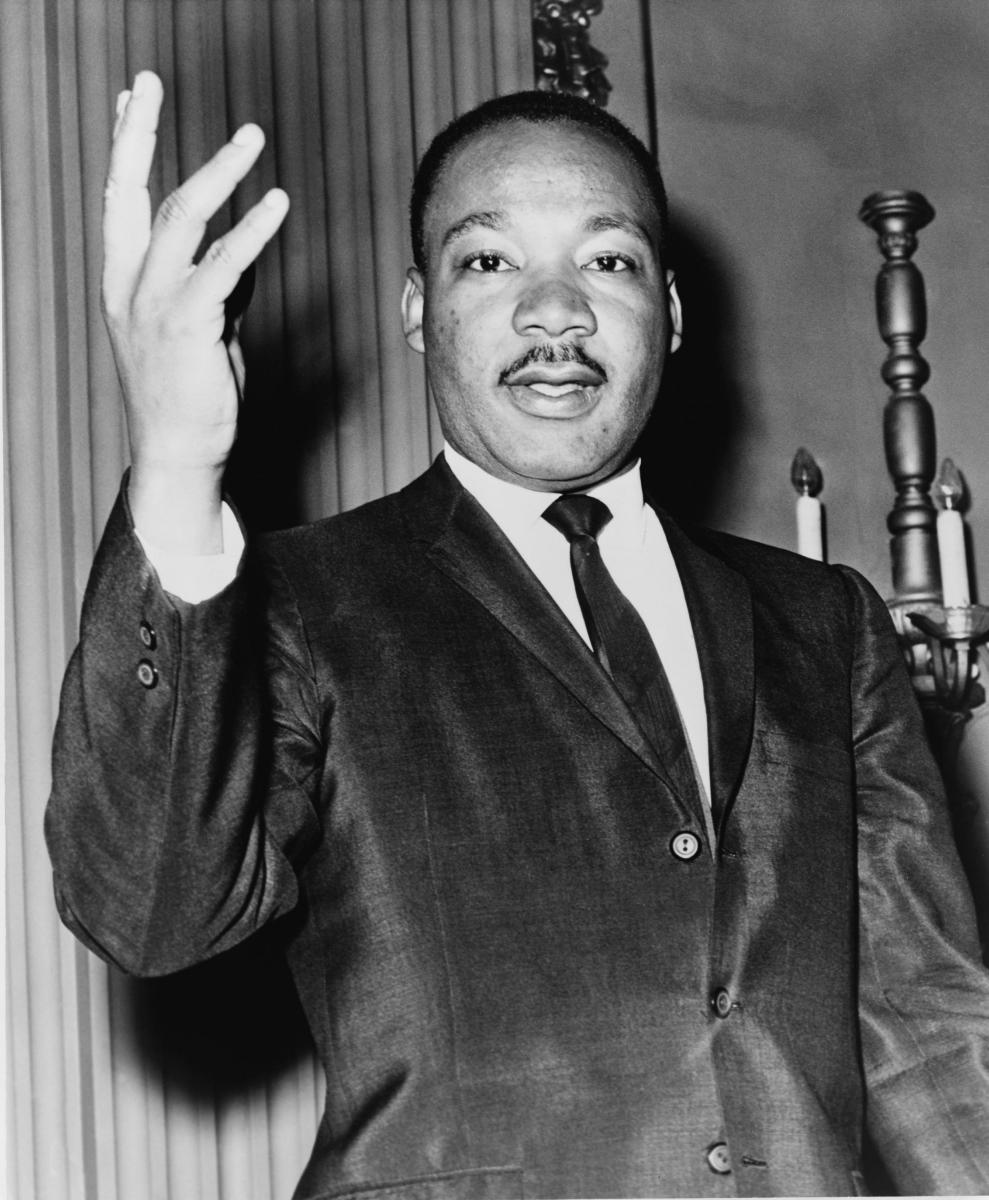 “The judgment of God is upon the church as never before. If the church of today does not recapture the sacrificial spirit of the early church it will lose its authentic ring, forfeit the loyalty of millions and be dismissed as an irrelevant social club with no meaning for the 20th century,” Kramer-Mills said, quoting King.

However, the reverend said that had not yet come to pass.

“Christians still have a chance to have a voice in the chorus of so many other faith traditions,” Kramer-Mills said.

Reid, who was attending the event for the fifth time, said the celebration has great significance for her. “I look forward to this every year,” Reid said. “It’s very important to me. “

She added that, in light of recent incidents have brought the issue of race to the forefront of society, such as the Michael Brown and Travon Martin cases, people need to work against an “us versus them” mentality.

“We want to bring about unity,” Reid said. “It is happening, but it doesn’t seem to be happening fast enough. It’s going to take education.”

“The opposite of knowledge is ignorance. So I think that’s the stage we’re in right now,” she said.

“The more we talk about this, bringing about change, and the more we do something about it, the better it will be for us all.”