The event was titled “Misfit Toys Alternative Comedy Showcase” and featured many performers all selected to fit Barron’s unique vision.

Many of the acts did not fit in the traditional style of a sequence of jokes with set ups and punch lines. The alternative vibe creates a situation in which the audience does not quite know what to expect from the performers on stage.

Barron explained, “I am dedicated to presenting comedy that may be a little different than what you’re used to. I wanted the show to be a modern take on vaudeville and chose certain acts that do not always get a chance to perform in traditional spaces like comedy clubs.”

The modern vaudeville label made a lot of sense with the performers of the Misfit Toys entertaining in a variety of ways. By definition vaudeville is a type of entertainment popular chiefly in the US in the early 20th century, featuring a mixture of specialty acts such as burlesque comedy and song and dance.

A typical vaudeville performance is made up of a series of separate, unrelated acts grouped together on a common bill.

The first Misfit Toys show included comedians, musicians, impressionists, and storytellers all bringing something unique to the showcase. 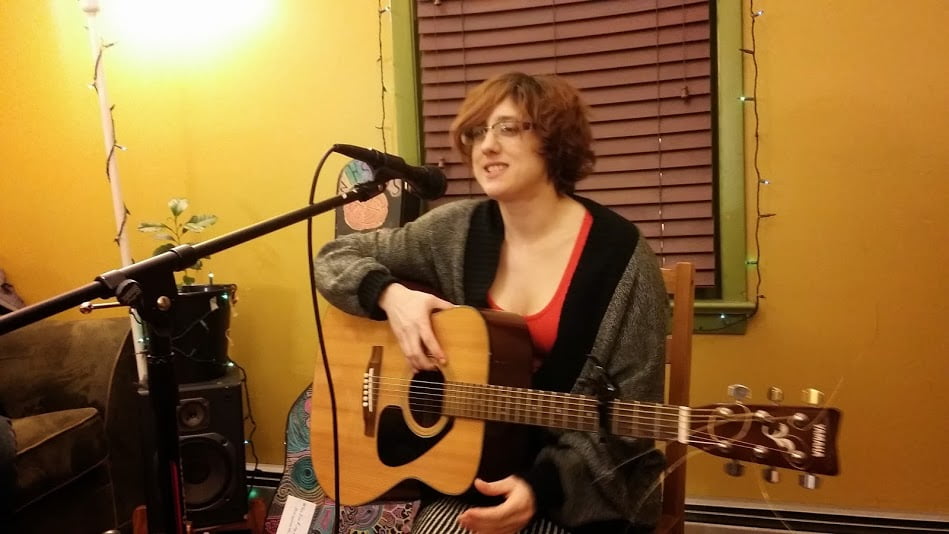 One of the highlights of the night was when midway through his act Will Wood set up a keyboard and did an original song entitled, “I’ll Never Amount to Anything,” with a tune reminiscint of  rock and roll classics from  the Jerry Lewis era.

Wood’s humorous song about the struggles of post college life and fitting into social norms played well to the predominantly young crowd.

All the performers made their mark on the audience and the evening was very positive.

“Lots of talent,” Brinkley said,  “I’m really looking forward to another comedy show like it in the future.” 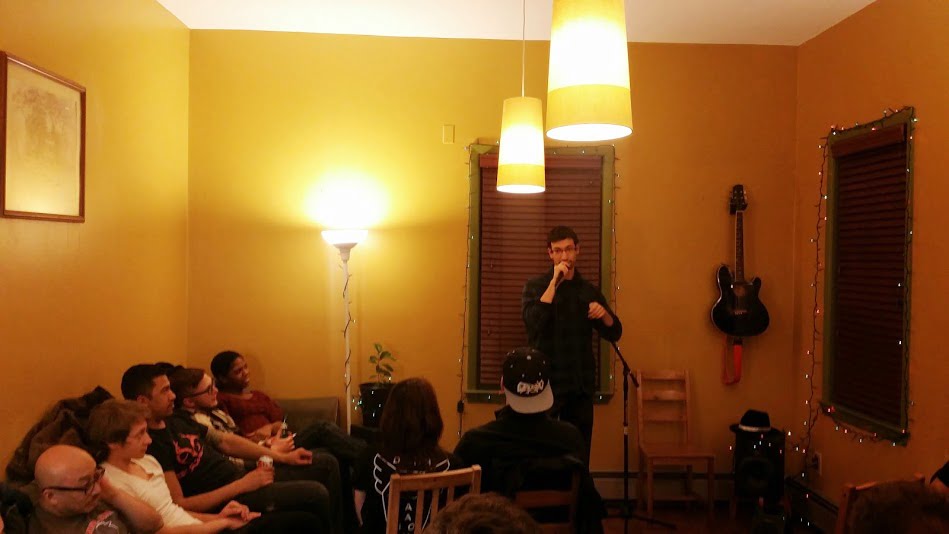 Thanks to the great turnout and the support of the George Street Co-Op the next show is already scheduled.

The second Misfit Toys alternative comedy showcase will be held Friday, February 6 at 8pm in the Co-op Cafe, above the George Street Co-op. located at 89 Morris Street.

A tradition in New Brunswick, the Co-op is located at 89 Morris Street, near the public library.

The Co-op is a member-based organization run by a combinataion of paid staff and volunteer members who work at the store.

The store provides healthy, vegetarian foods with a minimum of processing and contaminants, and other household products.

Anyone interested in performing the cafe hosts weekly “open mics” with no cover charge, and all types of performers are welcome.