NEW BRUNSWICK, NJ—Safety on Livingston Avenue, known for its high rates of motor vehicle accidents and pedestrian injuries, was addressed in two different speeches on January 2, during swearing-in ceremonies in Middlesex County.

Mayor James Cahill described a “road diet” plan for the avenue as being “piloted earlier this year, intended to calm traffic and create safer pedestrian conditions through the narrowing of four traffic lanes at three spots on the avenue.”

The changes came after years of complaints from residents and property owners, as well as a high-profile crash involving a member of Cahill’s administration.

Later that day, Freeholder Director Ronald G. Rios also touched upon the changes envisioned for Livingston Avenue in 2015, during the re-organization meeting of the Middlesex County Board of Chosen Freeholders.

“In 2015, Middlesex County will address the safety of the entire length of Livingston Avenue through New Brunswick, to ensure that the families, especially the children, will be safe as they walk to and from school and to other destinations along this road,” Rios stated during the meeting, held on the Edison campus of Middlesex County College.

The county owns the roadway, and has agreed to split the $299,000 cost of an engineering study to examine the potential options for Livingston Avenue.

“Working with Middlesex County, we look forward to the development in 2015 of the long-term plan that will make Livingston Avenue safer for all its users,” said Cahill during his State of the City address, where he championed a list of promises for the coming year.

“Our expanded focus on wellness led to the City’s establishment of its Complete Streets policy, a strategic plan intended to make New Brunswick safer and more accessible for pedestrians, cyclists and motorists,” the Mayor stated.

“This has entailed the installation of miles of bike lanes and sharrows and new bicycle corrals to provide cyclists with safer travel routes.” 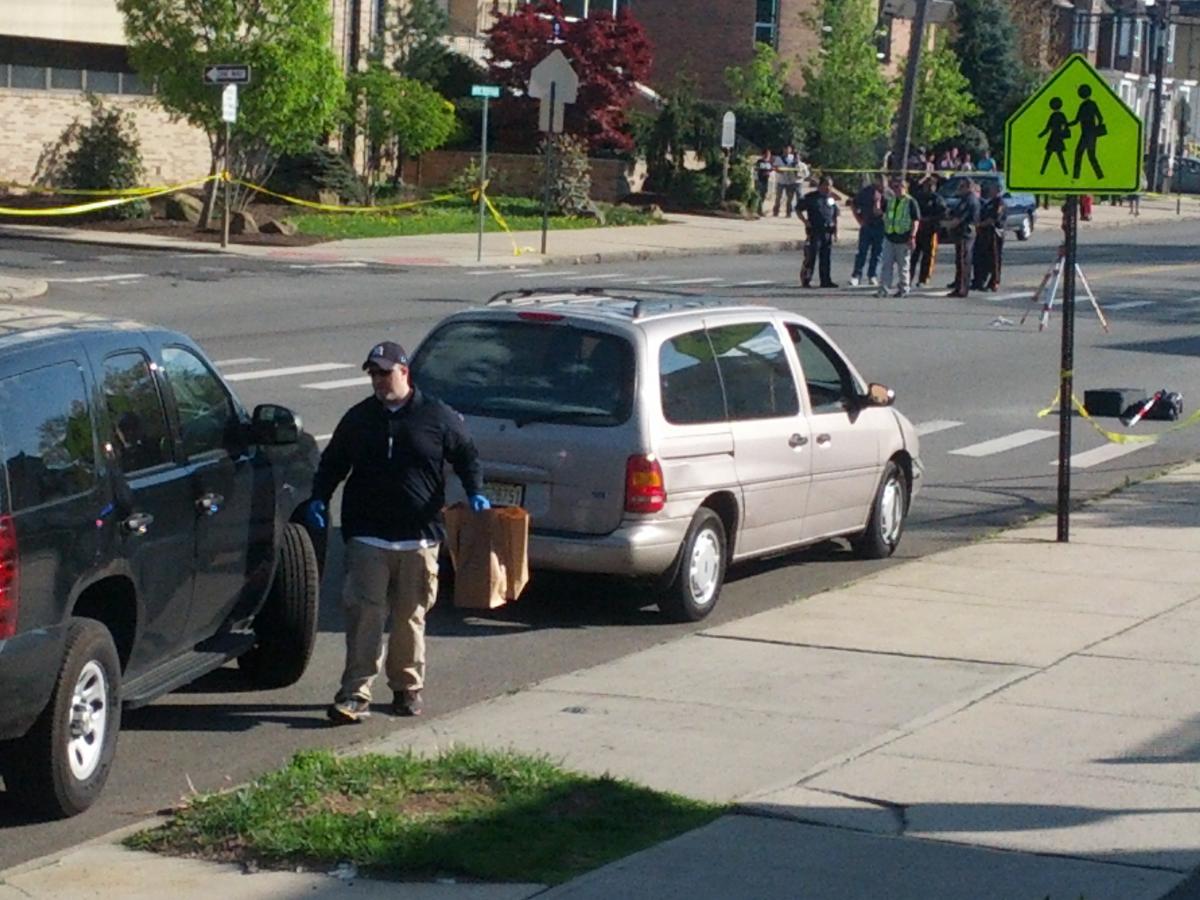 On May 6, 2014, New Brunswick Fire Director Robert Rawls was involved in a motor vehicle crash on Livingston Avenue that injured three children who were on their way home from school.

Rawls, who was driving a city-owned sports utility vehicle, struck the children while they were in a crosswalk, causing serious injuries to the six-year-old boy and two fourteen-year-old girls involved.

One of the victims, Jocelyn Palaez, would undergo numerous surgeries and rehabilitation efforts.

“A lot has changed for me,” Palaez said during Rawl’s court case, “I will never feel the same again.”

The incident would end up being just the most recent of nineteen crashes that the Fire Director was involved in during his driving career.

The city suspended Rawls’ driving priveleges, but kept him on the job.  The Director ended up pleading guilty to careless driving in August 2014, paying a $206 fine. 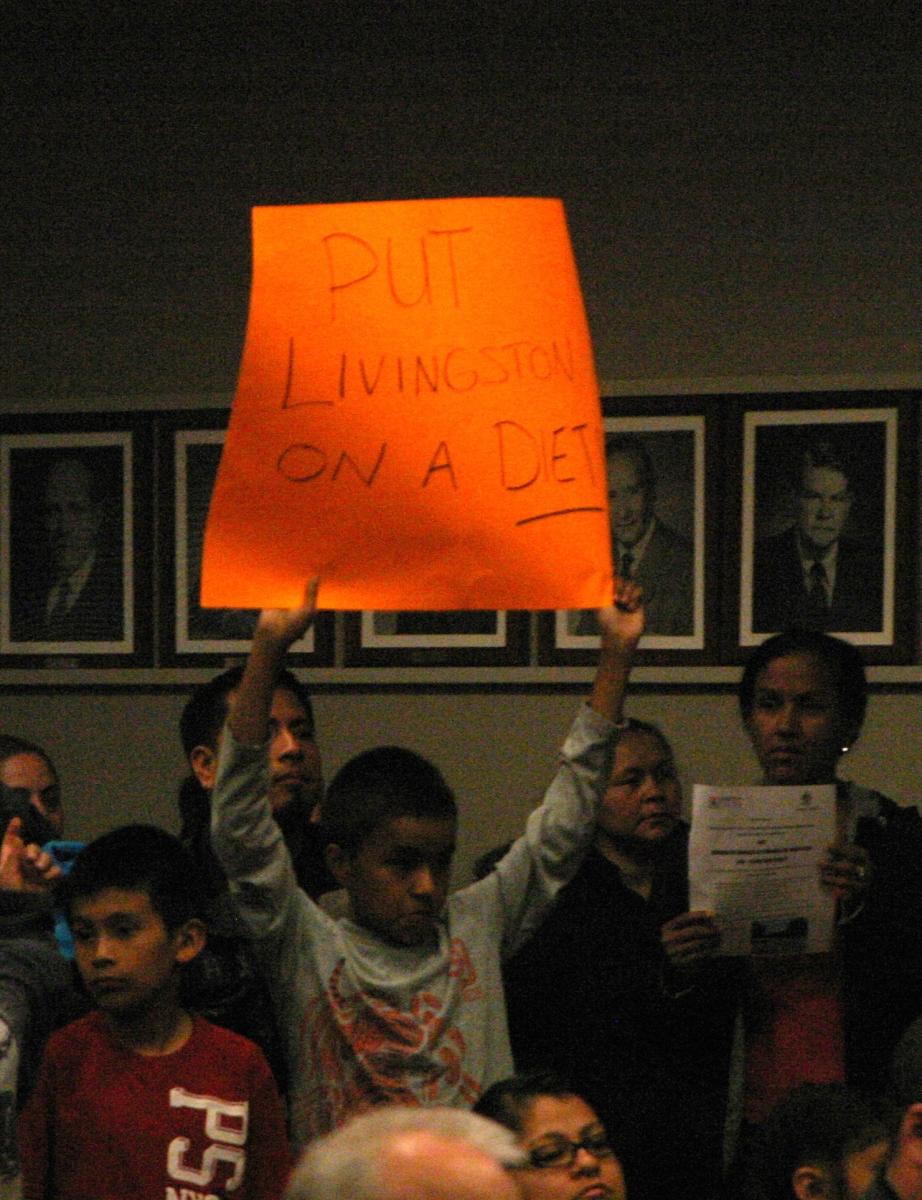 Two days after the crash, the Freeholders promised swift changes to Livingston Avenue at a meeting crowded with protesters.

Only two months earlier a 29-page “road diet” survey and study by the Rutgers-based Alan Vorhees Transportation Center, had been completed, specifically focused on Livingston Avenue.

“Livingston Avenue has been identified as having an over-representation of pedestrian crashes among county roads in New Jersey,” reads the report.

A road diet, as the study points out, entails turning a four-lane road into a three-lane road, with a central two-way turning lane.

“One issue noted in the audit is that… many pedestrian crashes occur when vehicles that are stopped for the pedestrian block the view of other vehicles that are passing”, the study reads, elaborating that this sort of dilemma is simply common to having a four lane road.

The study also proposes an expansion of bike lanes on both sides of Livingston Avenue.

“Evidence on the safety effect suggests that road diet conversions of arterial streets in urban areas will achieve about a 19% reduction in crashes,” the study suggests.

Middlesex County has a particularly negative track record when it comes to road safety, for drivers and pedestrians.

A review of fatal accident statistics maintained by the New Jersey Department of Transportation shows that between 1999 and 2013, Middlesex County came in first place for number of fatal accidents.

Further examination of public records shows that while Middlesex County did not come in place for highest number of total injury crashes and total crashes overall, the county has trailed pretty close to first over the past decade.

In 2013 for example, Middlesex County was the site of 5,969 injury crashes and 28,461 overral crashes. The only counties that have managed to hold similar numbers in recent years were Essex, Bergen and Union counties.

NJ Spotlight, in its review of New Jersey’s deadlist roads, routes and highways, lists the Middlesex portion of Route 1 as among the deadliest.

“The accidents, which killed six drivers and a passenger, took place along a 20-mile stretch,” the author points out, including “two each in South Brunswick and North Brunswick, and one apiece in New Brunswick, Edison and Woodbridge. “ 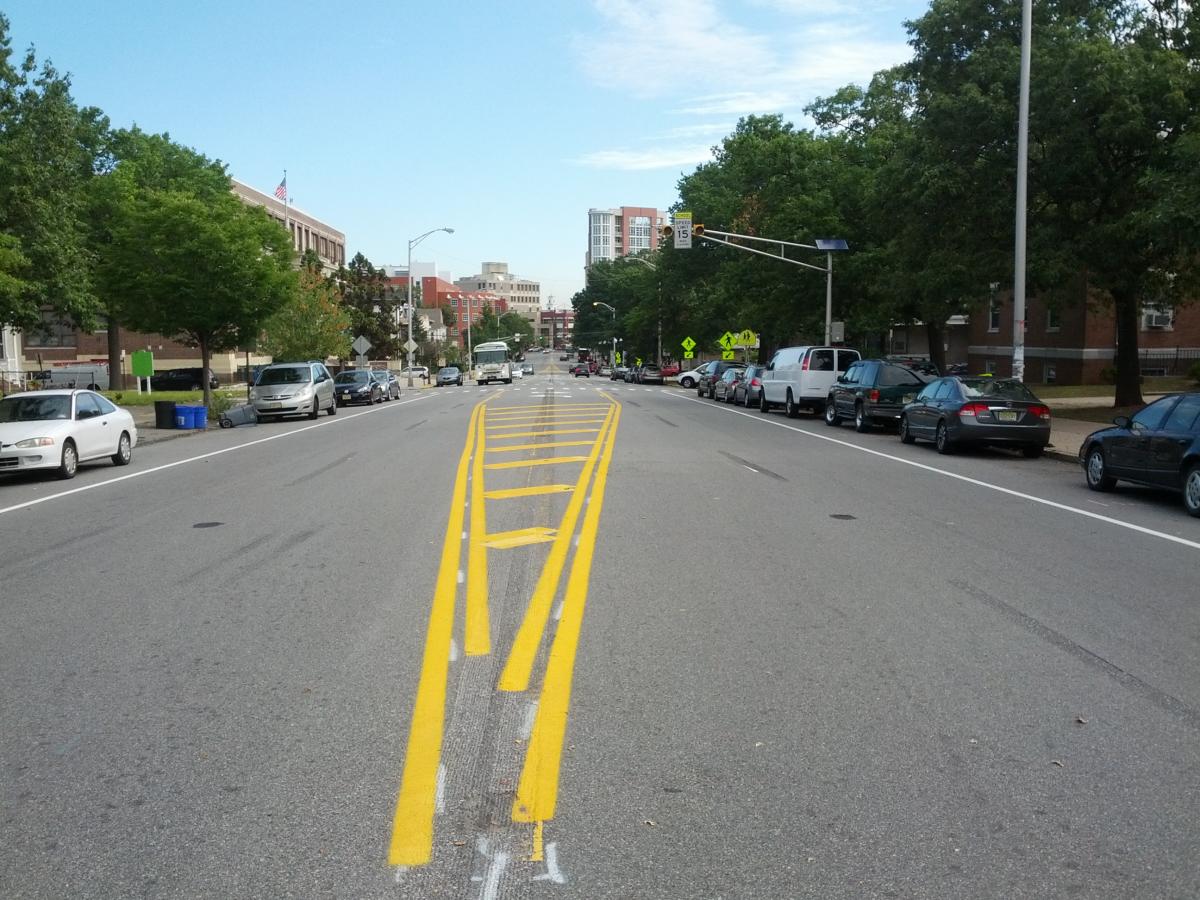 At a December 3 City Council meeting, Cahill’s Planning Director Glenn Patterson again voiced his support for the implementation of the road diet, along with some of the plans that it would entail for 2015.

“[The study] is expected to last about four months. It is expected to be at least four public meetings to get the public comment on the process” Patterson stated at the meeting.

“Once that gets done, they will be going into final design, hopefully and we end up getting a road diet, or something similar to that out there, which hopefully will have bike lanes, other pedestrian improvements, and make that a complete street.”

Dewberry Engineering would produce the designs for the implementation of the road diet on Livingston Avenue.

Patterson added that the particular dangerous action of shadowing, whereby a car attempting to make a turn blocks the view of a much faster passing car, causing said car to potential strike a pedestrian.

“Narrowing, configuring the design of the roads from four lanes to three lanes substantially increases safety for pedestrains”.

New Brunswick resident Anthony Larobina commented on the road diet study, saying that it would not go far enough to protect pedestrians.

“What’s done there now is, I guess, an improvement,” Larobina told the Council, “But road diets, as I’ve been reading on the federal transportation website, do not directly impact pedestrian fatalities, and we’ve had a few on Livingston Avenue”.

Larobina added that the city would be much better off installing such measures as round-abouts, traffic circles, bump-out curbs, as well as lowering the speed limit.

Patterson raised the point that while much of Livingston Avenue in New Brunswick is a 25 mile per hour zone, drivers often exceed 40 miles per hour.